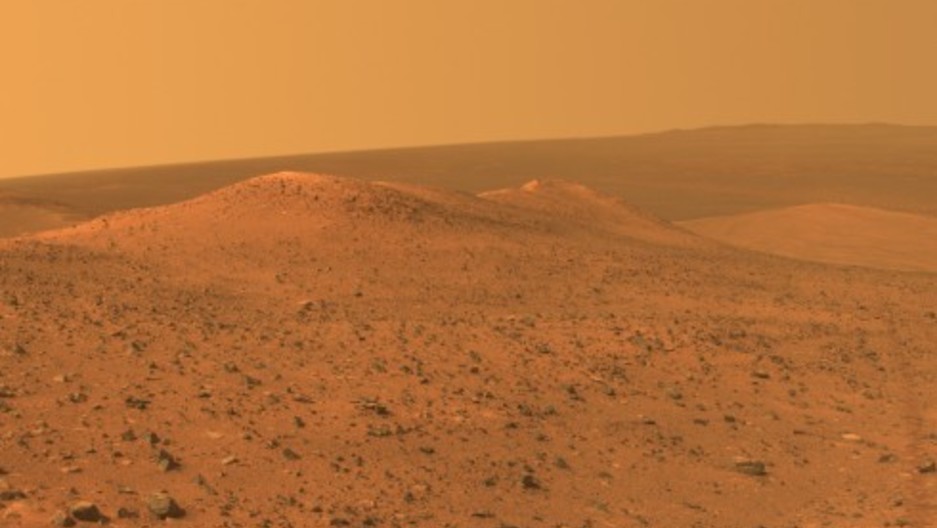 A Dutch nonprofit called Mars One has proposed a Mars mission with a twist that's captured worldwide attention: it's a one-way trip. But an MIT study published last fall says that very aspect could be the plan's undoing.

"Right now it's unfeasible to do a one way mission to Mars, essentially because the costs grow unsustainably over time," says Sydney Do, a PhD candidate in aeronautics and astronautics at MIT who authored the skeptical study of Mars One.

The problem, Do says, is how to supply and maintain the systems needed to keep the crew alive. The outpost would need to be regularly resupplied with spare parts to keep functioning for an indefinite amount of time. As the outpost grew — and the Mars One plan calls for four people to be sent every two years — it would need even more parts.

"You can't order one from [the] local spare parts store because it's just not there, so either you bring it along with you initially, or pre-place it before you get there," Do says. "Or you have to wait for your next launch opportunity, which is 26 months from the time that you first get there."

All that resupplying would be expensive, and Do says Mars One hasn't factored this into its projected budget.

The MIT study also calls into question other parts of the Mars One plan, such as the projected oxygen levels in the outpost. The MIT study concluded that Mars One hadn't factored in the need for a device to remove oxygen. Bas Lansdorp, Mars One's CEO, told Popular Science that devices to remove oxygen are common in places like hospitals, but Do says testing them in space — let alone Mars — is an entirely different proposition.

According to Lansdorp, the oxygen scrubbing issue is just one of the study's many "preposterous" assumptions about the Mars One design; he says the nonprofit has commissioned a response study from its main contractor, Paragon Space Development Corporation. Do says his group asked Mars One and Paragon for more details on the plan and its design, but weren't given the information they needed.

But whatever Lansdorp thinks of the MIT study's methods, he has reason to be concerned: Mars One is not fully funded. The nonprofit is actively seeking out financial backers, and delays on that front caused their first unmanned mission to be delayed two years — from 2018 to 2020 — according to a Q&A with Lansdorp published on the Mars One site. Headlines like "The Mars One plan is totally delusional," "Mars One Could Turn Out to Be Mars Zero" and "Is the Mars One mission one of the biggest let-downs in space history?" have to make for uncomfortable reading.

The most telling recent critique, though, comes from an unexpected source: One of the project's own short-listed astronaut candidates has joined the ranks of the critics. Mars One finalist and astrophysicist Joseph Roche wrote a column for the Guardian bluntly titled "I'm on list to be a Mars One astronaut - but I won't see the red planet," in which he criticized the astronaut selection process and the group's unwillingness to engage with Do's study.

But another one of the Mars One astronaut candidates, Chris Patil of Cambridge, Massachusetts, isn't ready to throw in the towel. "I think people have been somewhat overly impatient with the project," he says. "It's a small organization trying to do something extremely audacious, and I would love to have a little bit more measured coverage and a little bit more patience on the part of the general public."

Potential crew members like Patil could ultimately find themselves making the biggest bet on Mars One's feasibility should they ever strap themselves into a rocket and prepare to hurtle through space. His own motivation to put his life on the line goes back to a TV show he watched as a child: Carl Sagan's Cosmos.

Patil remembers an episode that focused on the first spacecraft to land on Mars: "Listening to Carl talk about the tantalizing and somewhat ambiguous results of astrobiology experiments on those [Mars] landers, raising the possibility that life may have once existed on Mars. ... In the ways that young boys do, I decided that I wanted to go, that I would be the person to go and answer that question."