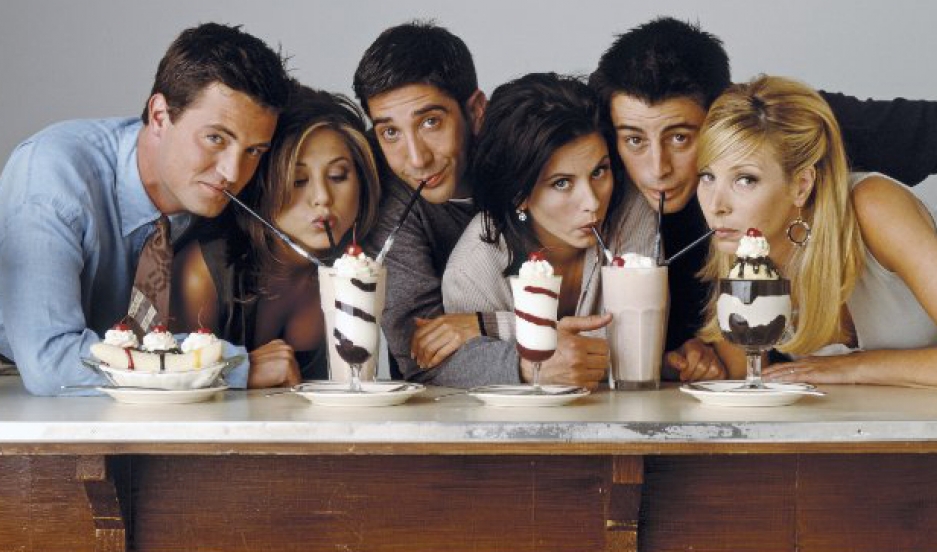 The cast of the sitcom "Friends," which is one of the Western shows being smuggled to North Koreans by human rights activists and defectors.

North Korea's propaganda machine teaches its citizens that there is "nothing to envy" in the West; North Korea is full of riches and the rest of the world is worse off, especially the evil, rapacious Americans. But anti-regime activists have a way to fight back: sitcoms.

"An episode of 'Desperate Housewives,' to us that hardly seems like political material," says Andy Greenberg, a senior writer at Wired magazine. "But to a North Korean, it shows that Americans are just having affairs, they are not plotting the imperial takeover of North Korea. They see that Americans have this kind of easy, luxurious lifestyle. ... Maybe they start with an episode of 'Friends,' but eventually they might read '1984,' and that is a really powerful thing."

That's why human rights groups and North Korean defectors have launched highly risky missions to smuggle media from the West and South Korea into the North in recent years. Their ultimate goal is to change public opinion and plant the seeds of revolution.

Using pop culture as a catalyst for rebellion appears to be working. A young woman named Yeonmi Park obtained an illegal copy of the Oscar-winning film “Titanic” as a girl in North Korea. Greenberg says the film made Park question what she knew about life, freedom and the outside world for the first time.

“Just watching Jack sacrifice his life for Rose — to her it was an incredibly subversive thing to see in a movie,” he says. “In North Korean movies, people sacrifice their lives for the government. That is the definition of a hero in North Korea, that you die for the regime. The idea that someone could die for love was really eye-opening for her. As silly as it sounds, that’s the kind of thing that she said got her thinking for the first time about what might be wrong with North Korea.”

Watching the coveted programming requires some creativity, but locals have that in spades.

“A lot of people have these little DVD players — they call them notels,” Greenberg says. “They’re these little portable video players that play multiple formats and they have battery backups for the frequent blackouts. And, most importantly, they have a USB port. ... USB drives are far superior to the VHS tapes and DVDs that used to be smuggled across the border. You can conceal them and even swallow them if you have to.”

Even in USB form, smuggling films and television programs into North Korea is extremely risky. “It’s an incredibly brave thing that these smugglers are doing [by] distributing this illegal content,” Greenberg says. “[Distributing them] is a crime punishable by death for many people in North Korea. Being caught with the material alone can lead to months or years in these awful slave labor prison camps.”

“He sees this as the most powerful thing that he can personally do to overthrow the corrupt and evil government,” Greenberg says. “He’s hoping that this kind of Matrix-style 'red pill' of outside information can crack [Kim Jong-un’s] power base and launch a revolution.”

This story is based on an interview from PRI's The Takeaway, a public radio program that invites you to be part of the American conversation