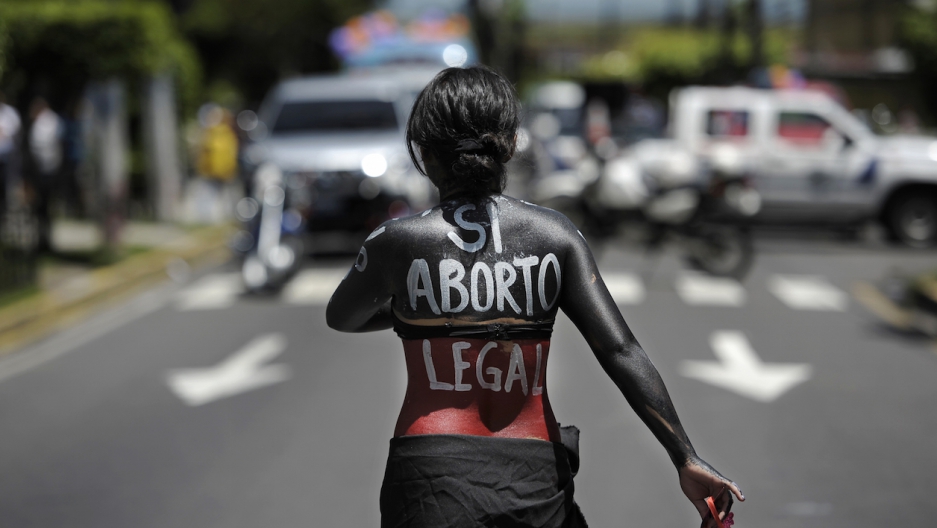 LIMA, Peru — The coat hanger might largely be a thing of the past, but that doesn’t mean terminating an unwanted pregnancy in Latin America is a cakewalk.

Thanks to new drugs, the gruesome tales of botched backstreet abortions, that sometimes lead to agonizing deaths from bleeding, are increasingly rare in a region with some of the world’s strictest anti-abortion laws.

These days, the method of choice is misoprostol, a pill widely sold under the table that ends pregnancies much less dangerously.

Yet risks remain. No drug is entirely safe. And abortion remains a criminal act under most circumstances in much of Latin America. That fact has been highlighted by the plight of a Chilean woman facing possible criminal charges after her doctor reported her to the police.

The woman appeared in an emergency room at the Carlos Cisterna public hospital in the northern city of Calama last weekend, complaining of abdominal pain and bleeding. The 25-year-old, who has not been named, is now under house arrest after undergoing surgery.

Chile is one of just a handful of countries with a total ban on abortion. Other than the tiny Mediterranean island state of Malta, most, like Chile, are in deeply Catholic Latin America: El Salvador, Honduras and Nicaragua.

Statistics vary, but Chile is estimated to have one of Latin America's highest illegal abortion rates.

The 25-year-old’s case has triggered uproar in Chile, whose new left-wing government, led by pediatrician Michelle Bachelet, is close to relaxing the country’s strict anti-abortion laws.

More from GlobalPost: Is Chile about to end Pinochet’s total ban on abortion?

The Chilean woman is hardly the first in Latin America to be treated as a criminal for allegedly having an abortion. In some instances, the law has been so harshly interpreted that even women suffering spontaneous miscarriages have been indicted.

That was the case of Guadalupe Vazquez, a young El Salvadoran woman who was released in February after spending seven years in jail wrongly accused of deliberately terminating her pregnancy.

She had been raped and then suffered a miscarriage, yet neither detail appeared to weigh with the court, in a case that has come to symbolize for many why abortion should be decriminalized across Latin America.

In 2008, the region had the world’s highest unsafe abortion rate: 31 per 1,000 women ages 15 to 44, according to the World Health Organization. Now, with misoprostol, clandestine terminations are less dangerous, but, experts say, still just as prevalent.

“As a doctor, I am here to treat people, not put them in more trouble.”

Meanwhile, the region’s doctors are often caught between laws requiring them to report patients and their consciences. While some are devout Catholics or evangelicals happy to comply with the law, many are not.

One of the latter is Dr. Sixto Sanchez, head of obstetrics and gynecology at Lima’s Dos de Mayo hospital, one of Peru’s largest public hospitals.

He told GlobalPost that he even instructs his doctors not to call the police, citing a constitutional clause protecting professional confidentiality that, he argues, takes precedence over the law requiring they report alleged abortions.

“If a patient comes to me and speaks about an abortion procedure that they have had, then they already have social and medical issues and on top of that you are placing a legal and police issue,” Sanchez told GlobalPost. “As a doctor, I am here to treat people, not put them in more trouble.”

“The solution to the issue of abortion in our country is not via the police and courts. It is a social issue. It is about family planning, which is weak in Peru, as a result of which many women end up resorting to abortion practices.”

But many in the region believe that deliberately terminating a pregnancy is wrong in any circumstance. In a recent debate in Chile, the rector of the country’s Pontifical Catholic University, Ignacio Sanchez, described abortion as “attacking the life of an innocent.” Some conservative Chilean lawmakers have echoed that concept, and so have demonstrators like the ones seen below in a church-organized "March for Life" in March 2014.

A Catholic Church-organized pro-life march in Lima, Peru on March 22, 2014.

Like several Latin American nations, Peru does actually permit abortion in cases where the mother’s life is in danger. Yet officials still sometimes fail to comply with the legislation, earning the condemnation of the United Nations Human Rights Committee.

That UN ruling came in 2011 after the Center for Reproductive Rights, a New York-based nonprofit, lodged a complaint against the Peruvian state over the case of a teenager illegally forced by doctors to follow through with a pregnancy despite her baby's anencephaly — having no brain and with no chance of long-term survival after birth.

Meanwhile, most public hospitals here still have a police officer permanently posted in the ER to investigate cases of stabbings, shootings, hit and run accidents — and abortions.

But Peru's Dr. Sanchez says fewer and fewer doctors actually inform the cops when a patient has had a suspected termination.

Meanwhile, misoprostol also means that the horror stories of bungled backstreet surgeries are — with the occasional grim exception — increasingly a dim memory across the region.

“Really the situation has changed,” adds Dr. Sanchez. “Before you saw many patients who were on the point of death, with evidence of a procedure in which substances or instruments were placed in the vagina or uterus, so it was very obvious there was an abortion.”

“Before, women used to come with terrible complications. Many women died, with their intestine outside [in the vagina], with perforations in their uterus. We really don’t see that anymore. Misoprostol has been really beneficial. In that regard, whatever you think of abortion morally, if deaths fall, then that must be good.”