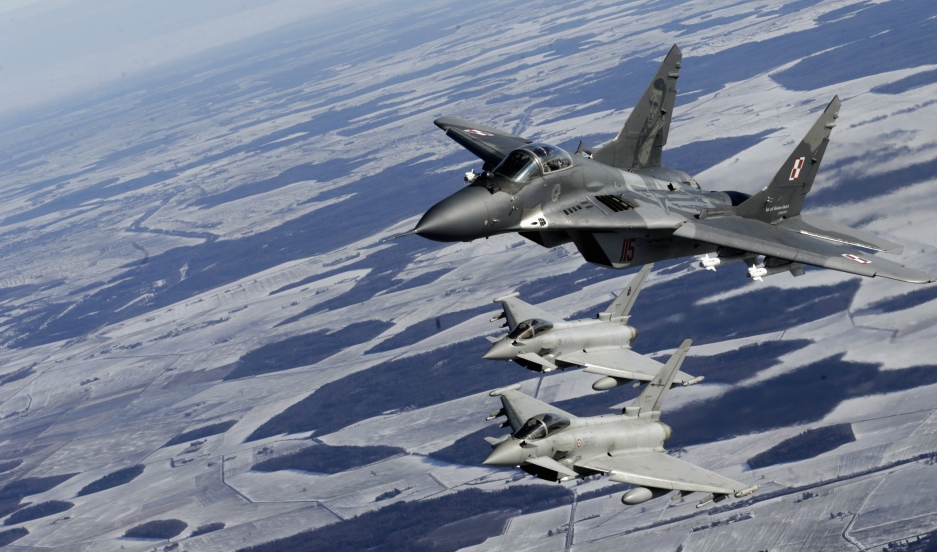 Russia last week celebrated the one-year anniversary of its annexation of Crimea. But while President Vladimir Putin and his supporters toasted their victory, Western forces say they're developing a strategy to deal with a leader who has lost whatever trust they once had in him.

"The events of a year ago are quite seared in my mind," says Maj. Gen. Gordon "Skip” Davis, NATO’s deputy chief of staff of operations and intelligence.

Davis admits the annexation of Crimea was a move the West did not see coming.

“We were very much focused on Ukraine writ large,” Davis says. “We had gotten to the point where we were briefing almost daily and watching what was happening between the Maidan protesters and [Viktor] Yanukovych's government.”

Yanukovych, who supported closer ties with Moscow rather than the West, was ousted by the Ukrainian parliament on February 22, 2014. By February 26, Davis says, unnamed soldiers and unmarked helicopters began showing up in Crimea.

He believes the Kremlin's behavior is part of a lineage of military deception known in Russian as “maskirovka,” which translates literally to "a little masquerade" — techniques that surprise and deceive the enemy.

“It’s a systemic mindset that they have really engrained and internalized for the better part of a century," he says. "We can already tell by their signals that they are willing to use maskirovka and unconventional and irregular means of maintaining influence in countries where they’re concerned or already see westward orientation or integration.”

Now that Russia's takeover has held, Davis says the West is on high alert and working to ensure that Russia can't further expand its territory.

"As we continue to try to understand Putin's psychology, I think now he has established a trend that has us all very focused on what he could do in the future," Davis says. “Much of what we’re doing right now in NATO, and have been doing over the last year, is focusing on responding to a potential threat that Russian military capabilities and violations of sovereignty pose to the alliance.”

Part of that response has involved devoting increased attention to the Baltic states, which were once part of the Soviet Union and have traditionally been targets of Russian expansion. All three of the Baltic countries — Estonia, Latvia and Lithuania — jointed NATO in 2004.

“Since March of last year, we immediately embarked on a series of measures that we call 'Assurance Measures,'" Davis says. The measures include ramped-up exercises and visits by NATO military personnel, which Davis hopes will deter aggression by Russia.

“NATO continues to respect its part of the NATO-Russia Founding Act, which says we’re not going to station significant forces in the former Soviet Union-Warsaw Pact countries," he says "What we’re doing is basically ensuring that we have the capability to rapidly reinforce.”