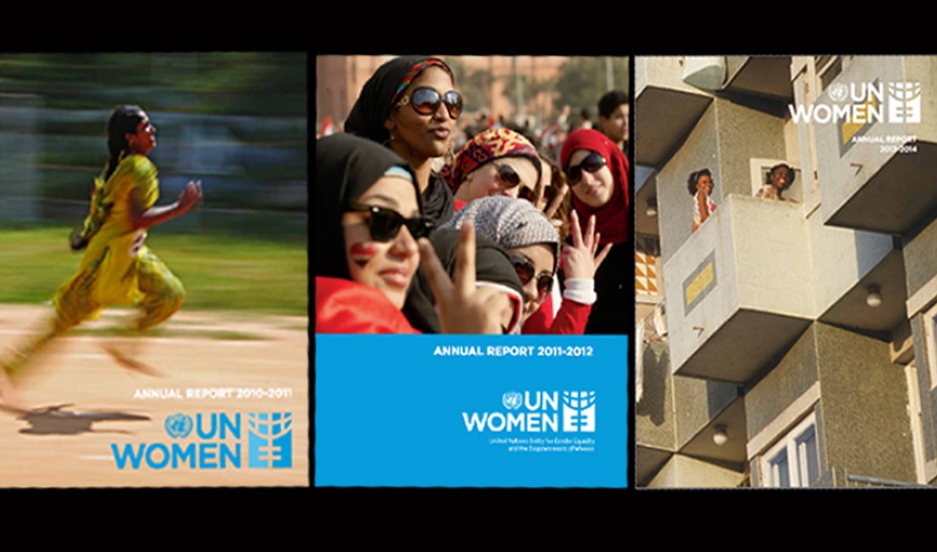 Details and data: While a great source of data for global trends related to women, every annual report for UN Women, since its founding in 2010, has no data on the women from developing countries pictured on its covers.

Did you know that men named John run more of the 1,500 biggest US companies than all women by any name? Whereas, in Rwanda, women make up nearly two-thirds of the country’s parliament?

Attaining solid “data about women” is, in a word, difficult. So how do you sift through the mixed bag of data about women today? Here's a partial guide, along with several cases from the last month that we think are worth knowing about — and a couple worth questioning.

A recent Upshot report revealed that for every woman CEO of an S&P 1500 firm, there are four men named John, Robert, William or James. They called this ratio the Glass Ceiling Index, which also found that the number of Jims, Bobs, Jacks and Bills — combined — serving in the US Senate and House outnumber the total number of women.

Meanwhile, on the other side of the World, indicators continue to suggest progress for women in Rwanda, where just 20 years ago more than a quarter-million women were raped during a genocide that left about 1 million dead. For instance, 64 percent of the country’s parliamentarians are now women — the highest proportion of any parliament in the world — and about the same number of girls now receive primary and secondary education as boys. 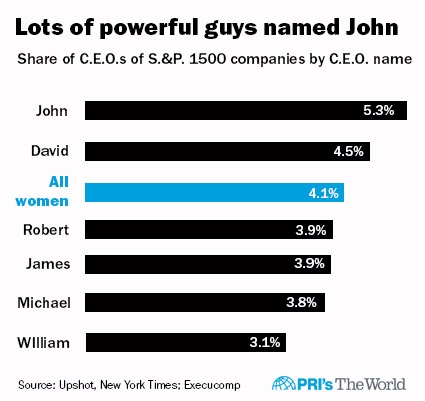 With all the attention that Hillary Clinton’s emails have received this past month, the release of a report by the Clinton Foundation, titled 'No Ceilings: Full Participation Project', has largely fallen through the cracks. With about a million data points on the progress of women across 1,000 indicators, however, it will likely be one of the most comprehensive reports on gender equality released this year.

A few promising factoids from the report:

Trends are not promising in every country, including these from the report:

A statistic that seems to pop up every year states that women either own just 1 percent of the world's land or make up 1 percent of the World's landowners. It’s a claim advanced in tweets by both UN Women and Oxfam country offices, published by the New York Times, and cited in reports from large development organizations, including the World Bank. But none of these sources have revealed any hard data to support their claim.

To be sure, about 43 percent of the farming work force in the World’s developing economies are women, and yet they certainly do own far less land than men. But the fact is that there doesn't seem to be any reliable global figure for women's land ownership, but there is plenty of meaningful country and community-level data.

Rather than looking for broad statistics about all women, Doss suggests that a better approach toward gender data would be to start with a general claim (like more men own land than women) and then provide data from specific countries or regions where data is actually available and seems reasonably accurate. 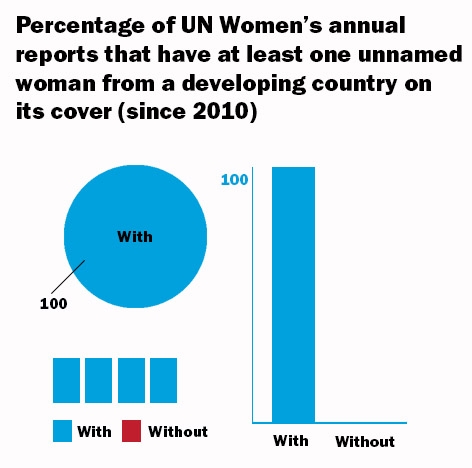 Be wary of 'all women' statistics and reports

For advocates, there is nothing more useful than a statistic that justifies your cause. But data can also leave critical details unattended to. Just look at the cover of every UN Women's annual report ever published — each depicting women from developing countries, who symbolize a group 3 billion strong, their names and individual stories left unknown. And UN Women is just one example; this holds true for the data reports of several other organizations as well. Naming them, perhaps, would be a start in the effort to avoid inaccurate generalizations.