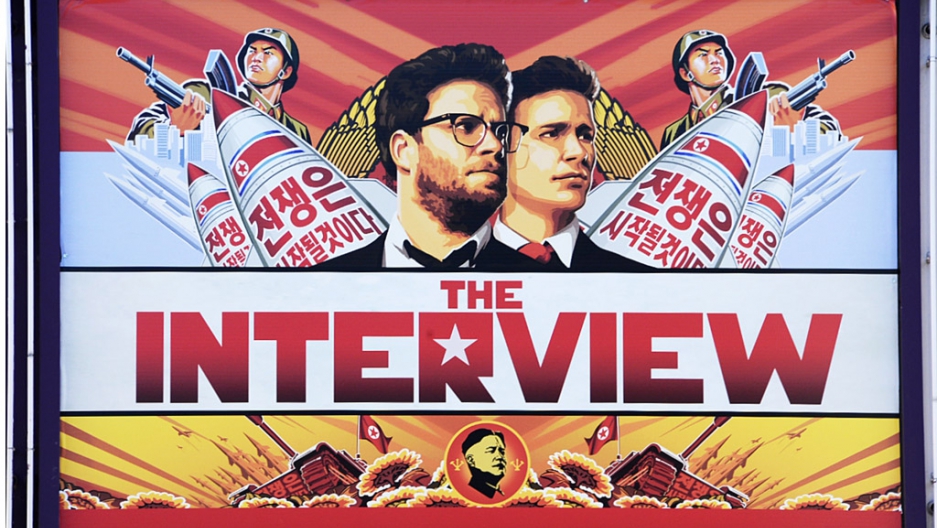 A poster for "The Interview" is displayed on the marquee of the Los Feliz 3 cinema Dec. 25, 2014 in Los Angeles, California.
Credit: ROBYN BECK
Share

SEOUL, South Korea — If all goes according to plan, about 10,000 North Koreans will get to endure an hour of toilet humor from Seth Rogen and James Franco. And then watch a rocket-propelled grenade incinerate their supreme leader, Kim Jong Un.

The average North Korean viewer, like the average American viewer, might recoil at the sight of "The Interview" at first. But that’s OK. This is part of a grander mission — established in the name of democracy — to bring down the oppressive North Korean regime, according to its mastermind, North Korean defector Park Sang-hak.

Sometime around March 26, Park will lead a group of dissidents, called the Fighters for a Free North Korea, in a campaign to send thousands of balloons across the Demilitarized Zone, to deliver up to 10,000 copies of "The Interview" and 500,000 propaganda leaflets.

“I just want them to know the truth about Kim Jong Un and the world we are living in,” Park told GlobalPost. “Overthrowing the regime is what the North Korean people should do.”

Park, a former propagandist, knows a thing or two about information warfare.

Raised in a family of loyalists, Park served in the information unit of the Kim Il Sung Socialist Youth League, a powerful political body. He defected in 1999 with his father, who was a government spy.

Park is just one of countless activists sneaking information in and out of the reclusive nation — either by sending balloons across the heavily mined DMZ, or by ferrying USBs and DVDs across the Chinese border, bribing border guards.

North Korea has opened up slightly over the last two decades, and human rights groups have been exploiting the cracks. In the 1990s, a famine killed hundreds of thousands of North Koreans and hurt the regime’s ability to control the flow of information and refugees.

An influx of bootlegged foreign films like "Titanic" and "Pretty Woman" followed, mostly tolerated by authorities despite the occasional crackdown. But when the media gets subversive, the regime reacts furiously.

In 2012, a North Korean double agent was sentenced to four years in prison for attempting to assassinate Park with poison needles. In October, North Korean soldiers opened fire on a set of balloons sent by a different activist across the border; the regime then canceled planned peace talks.

In other words, advocating for the human dignity of the long-suffering North Korean people carries national security implications. And not all South Koreans are hopping on board.

Some residents of Paju, a city that borders the DMZ, fear reprisals and have requested an end to the balloon drops. The conservative government maintains that balloon campaigning is protected free speech and won’t interfere, although past administrations have halted it.

In recent months, Park has responded to the criticism by keeping a lower profile. He said he would keep the details of the coming balloon launch secret. “In South Korea, some politicians are too frightened” to follow the cause of human rights, he said.