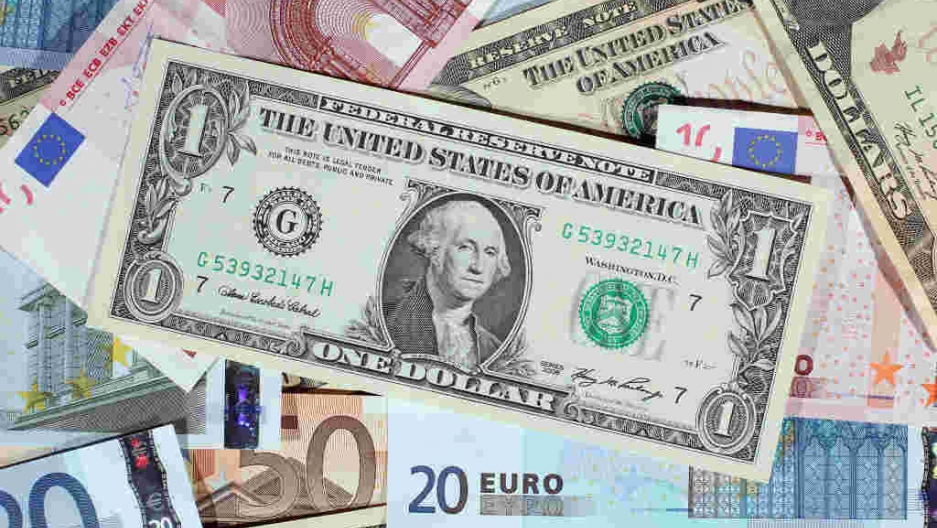 LONDON —  The euro was back on the defensive in early trade in Europe on Friday after a rebound the day before that lifted it 1 cent above this week's 12-year lows against the dollar.

Dealers and analysts said the recovery looked temporary after eight days which, peak to trough, have seen 5 percent knocked off the euro's value and taken the dollar past many banks' targets for the next year.

Few doubt the dollar, backed by a growing gap between US and European market interest rates, will reach parity with the euro. On Friday, it traded 0.4 percent lower at 1.0590 to the euro.

"I don't think its an exaggeration to say this week has been a gamechanger," said Neil Mellor, a currency strategist with Bank of New York Mellon in London.

"The combination of last Friday's jobs numbers and the launch of QE in Europe this week has cemented the picture of monetary policy divergence. People are now convinced the Federal Reserve will be able to move in the middle of this year. In that context, talk of parity and even below it is not overdone."

Mellor said in the key weeks of the dollar's appreciation over the past six months it frequently turned lower on Friday, when investors who made money during the week cash in.

"The overnight session witnessed the long overdue consolidation in USD," analysts at CitiFX wrote in a research note to clients.

"Our trading desk thinks it represents a generally healthy corrective move. Indeed, we have seen good USD demand on dips. Turnover is very high across the G10 space."

No major market-moving economic data due on Friday, leaving the dollar index on track to end the week up more than 2 percent, extending last week's 2.5 percent rally.

(Additional reporting by Shinichi Saoshiro in TOKYO and Ian Chua in SYDNEY; editing by Larry King)