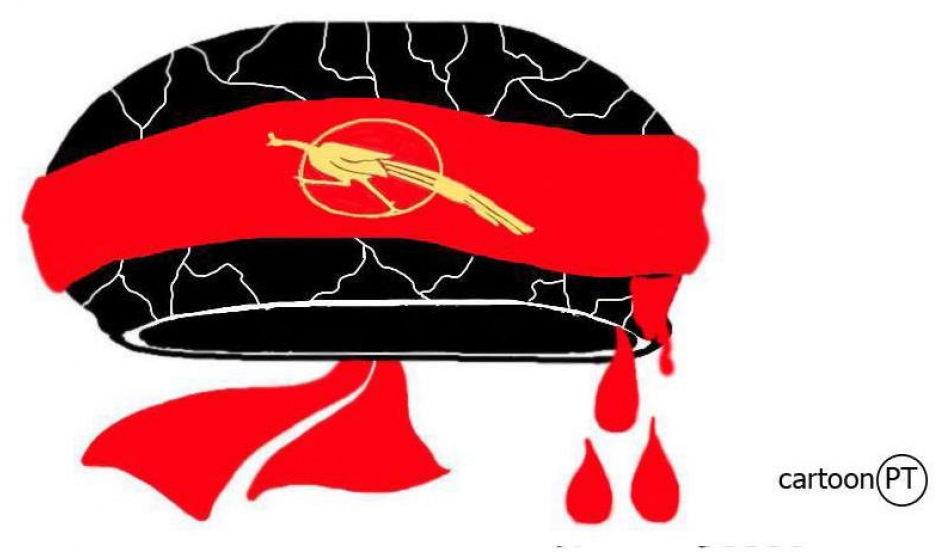 Cartoon posted to NyanHline's Brainwave Facebook page, which is devoted to expressions of protest over the violence directed at Burmese students carrying out a 400-mile march from Mandalay to Yangon. The peacock is an image that goes back to the 1988 protests in Burma.

If you can't arrest the thugs, at least you can shame them. That seems to be the idea behind Brainwave, a Facebook page devoted to documenting the violence directed at student protesters in Myanmar over the past several months. And the preferred weapon? Cartoons. 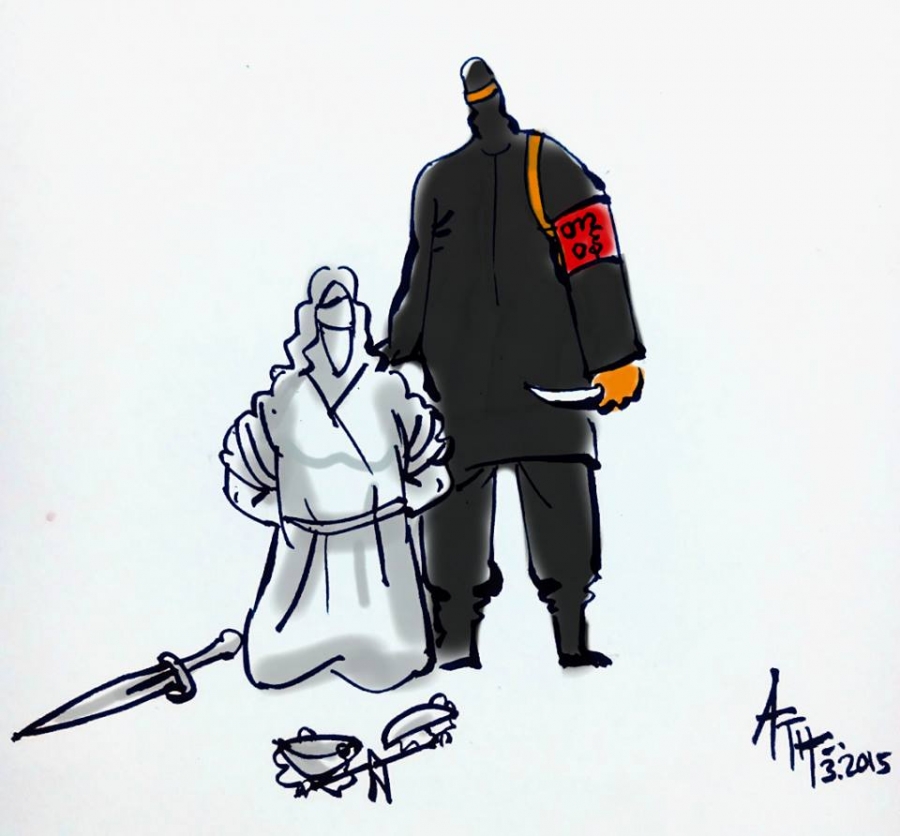 A government-hired Swan Arshin thug takes down Lady Justice, an allusion to the violent disruption of Burmese student protesters in recent weeks.

On March 5, riot police and civilian thugs known as the Swam ar Shin attacked a crowd in Yangon, the capital of Myanmar. The crowd was demonstrating on behalf a few hundred student protesters, who were just a few days away from concluding a 400-mile protest walk from Mandalay to the capital; they hoped to clear a barricade that would block the students from entering Yangon.

But it was the re-emergence of the Swam ar Shin, wearing their trademark red armbands with inscriptions that read "On Duty," that truly alarmed observers. "Swam Arshin" literally means "power owner," and previous military governments used them to suppress dissent, offering poor men a day's wage for their service. The Swam Arshin were instrumental in the violent crackdown on protesters during the 2007 Saffron Revolution.

Student protests are nothing new in Burma. Movements throughout the country's history have been laced with student activists, starting with revolutionary and nationalist leader Aung San, the father of Nobel laureate Aung San Suu Kyi and the person considered the father of modern Burma.

This time, the students are trying to influence a particular piece of legislation passed by the country's first civilian government in almost 50 years. With Myanmar's oppressive military junta gone, the students are demanding a say in the transition to a real democracy. 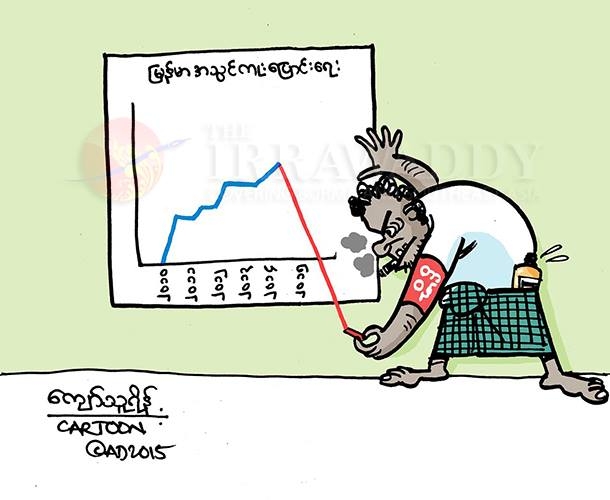 The cartoon shows a Swan Arshin thug destroying the progress Myanmar has made since the military junta stepped down. The Y axis shows the years 2010 to 2015.

Burmese university students say the new National Education Law, controversially enacted in October, curbs academic freedom and centralizes authority over the country's universities, another throwback to the military junta era. The students are demanding the government amend the bill to allow student unions as well as make curriculum changes like offering classes in the languages of the country's ethnic minorities.

Negotiations between students and government representatives broke down last week, and so did the 400-mile protest walk. Just 90 miles from Yangon, in the town of Letpadan, police blocked the protesters with barbed wire and barricades, and also barred them from hoisting flags or singing songs. The protesters tried to break through the police lines and were then attacked, according to reporters on the scene. More than a hundred protesters were arrested and about a dozen were injured.

Opposition leader Aung San Suu Kyi has condemned violence, calling it reminiscent of the military era. But some critics say she's playing for time, and has too much faith in the nominally civilian government that's been in place since 2011.

Long-time observers believe the current government has no intention of transitioning to a genuinely democratic state — because it doesn't have to. As it watches authoritarian countries like Singapore, Thailand, Vietnam and China welcome foreign investment without giving up political control, they say, Myanmar will probably follow a similar path. 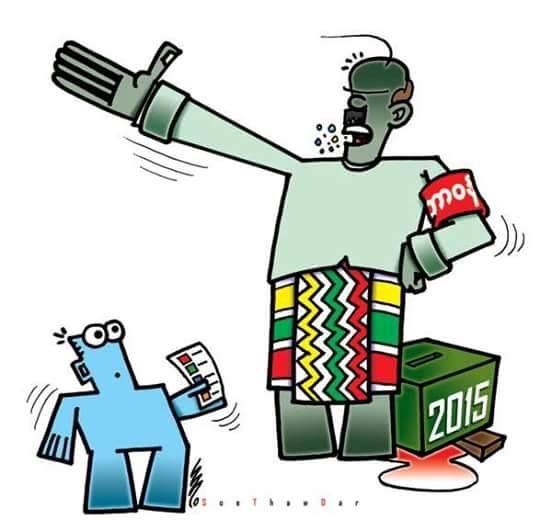 This is a comment on Myanmar's upcoming general elections, scheduled for late October. The guy in front of the ballot box with a Hitler mustache and doing a Nazi salute has the red armband of a Swan Arshin thug. The idea is that the elections may not be free and fair.