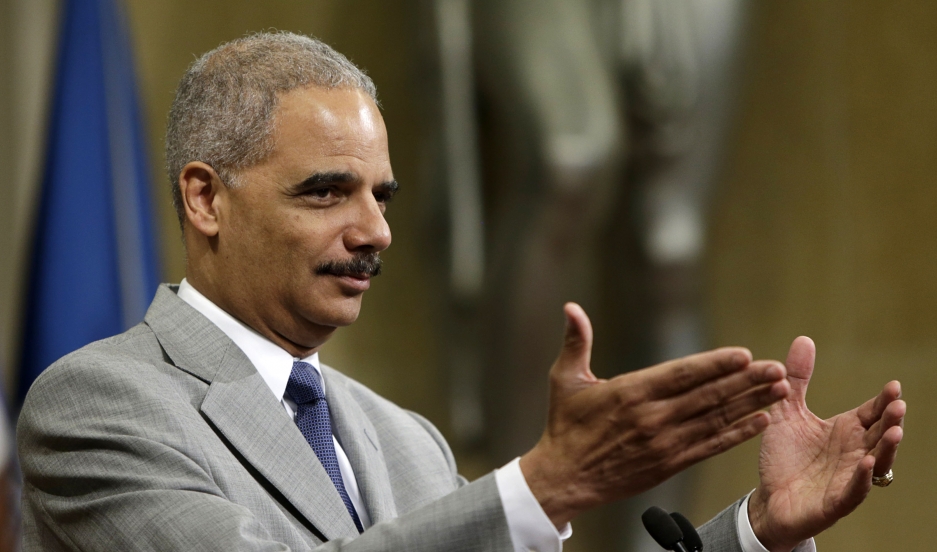 United States Attorney General Eric Holder welcomes everyone during a naturalization ceremony for 70 citizenship candidates at the Justice Department in Washington last July. On Thursday, the Justice Department filed an appeal to remove the block on President Obama's immigration action plan that was initially imposed by a Texas judge.

On Thursday, the Justice Department filed an appeal to the 5th Circuit Court of Appeals to remove the block against President Obama's immigration action, citing the policy as a matter of public interest and national security.

The block by a Texas judge of Obama action has meant that hundreds of thousands of people could be deported. That stop to deportations is a key part of Obama's Deferred Action for Childhood Arrivals and Deferred Action for Parents of Americans and Lawful Permanent Residents.

According to the appeal:

An injunction…irreparably interferes with DHS’s ability to protect the Homeland and secure our borders. Deferred action helps immigration officials distinguish criminals and other high-priority aliens from aliens who are not priorities for removal and whose cases may additionally burden already backlogged immigration courts…DAPA and the expansion of DACA will advance important border-safety, public-safety and national-security goals in the public interest…the injunction also impairs the humanitarian interest of providing temporary relief for close family members of U.S. citizens and lawful permanent residents.

But Thursday's appeal argued that Hanen's injunction can cause "irreparable harm" to states who were already preparing to implement parts of Obama's DACA and DAPA programs that provide temporary relief from deportation to qualified undocumented immigrants.

Read the full appeal below.

US request to stop a Texas block on Obama's immigration plan