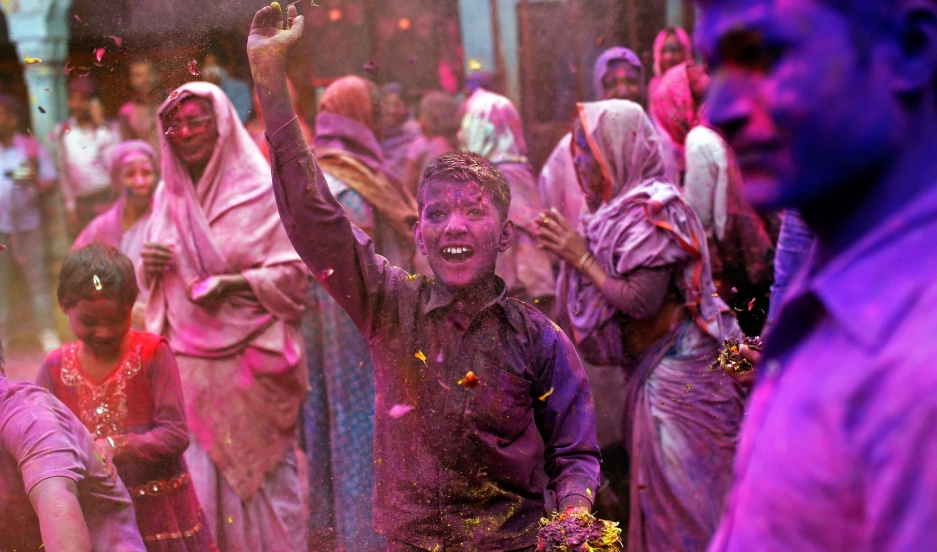 People take part in the Holi celebrations in the northern Indian state of Uttar Pradesh.

I was about 10 years old the first time I went out with my friends to celebrate Holi, the festival of colors. A group of boys came to my door, dyed blue and purple from head to toe, with bandanas on their heads, and water guns in their hands.

They were the same kids I hung out with and played cricket with every day. But on the morning of Holi, they seemed like a mob of hooligans out to make mischief. It scared me a little, but I also wanted to join them.

I wanted to play with the color and throw water on people. My father told me not to. He said we’d celebrate at home, but I didn’t listen.

As soon as I stepped out the door, a water balloon hit me right in the face. I spent the rest of the day nursing my eyes. The dye in the water made them burn. 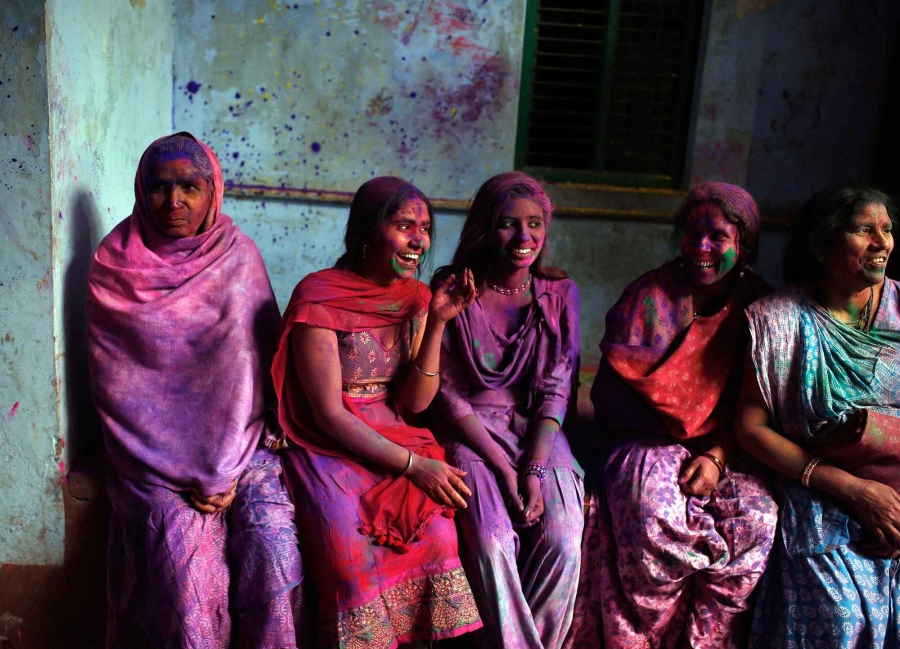 Holi celebrates the beginning of spring on the lunar calendar. Several days before the festival, people set up stalls along the street selling water guns, yellow, green, red and blue powders.

My hometown, Lucknow, is known for celebrating Holi in a controlled way. There’s an unspoken rule that the color playing begins around 8 a.m. and comes to a full stop around noon, as if someone flicked a switch. You could take a shower, wash off the colors, put on new clothes and walk out on the street and no one would touch you.

But between 8 a.m. and noon people freak out.

The city becomes almost lawless. It’s an opportunity for adults and kids to spray each other with colors, meet friends and eat snacks that are specially prepared for the occasion.

For some people, though, it’s also an opportunity to get drunk and rowdy and grope women. It all happens this weekend across north India, with celebrations that veer from the tame to the raucous. In cities like Varanasi and Mathura, Holi goes on for a week. It’s almost like one gigantic frat party or a pregame tailgate party in America.

Sitting here in my home in Ann Arbor, Michigan, I see a foot of snow out of my window. A part of me wants to invite some friends over to throw water balloons at each other. But then I think, it’s about 20 degrees outside.

Though the colors would look great on the snow. 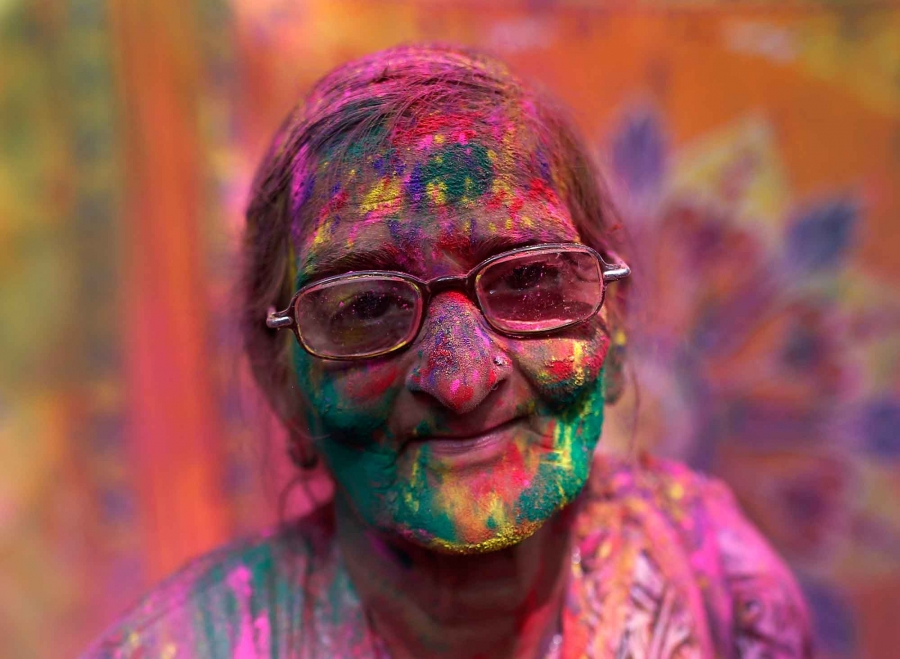 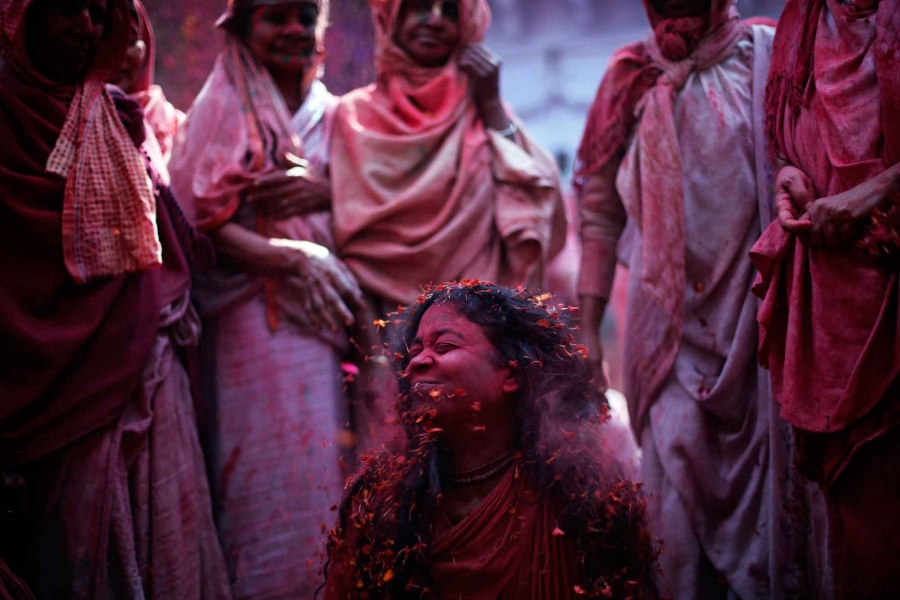 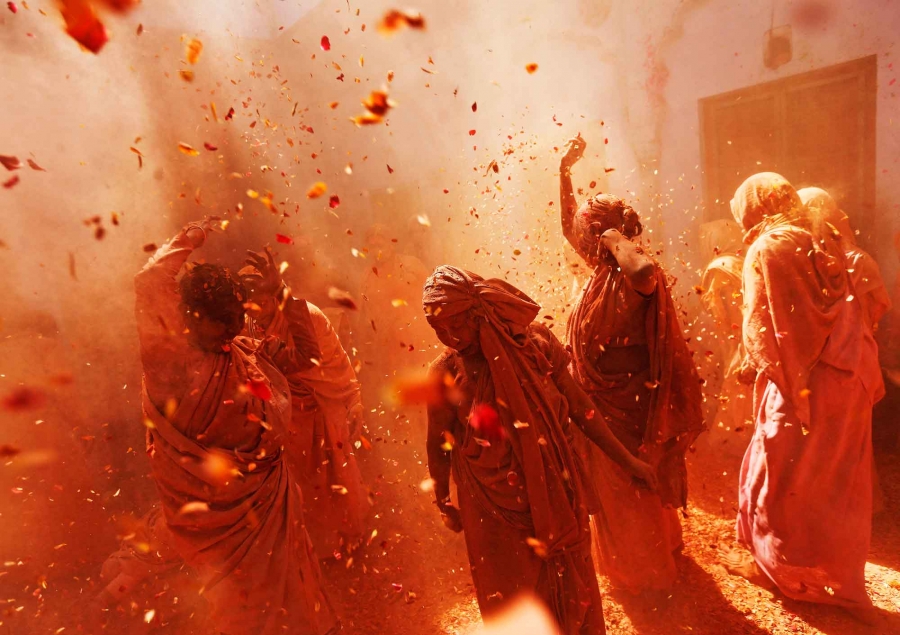 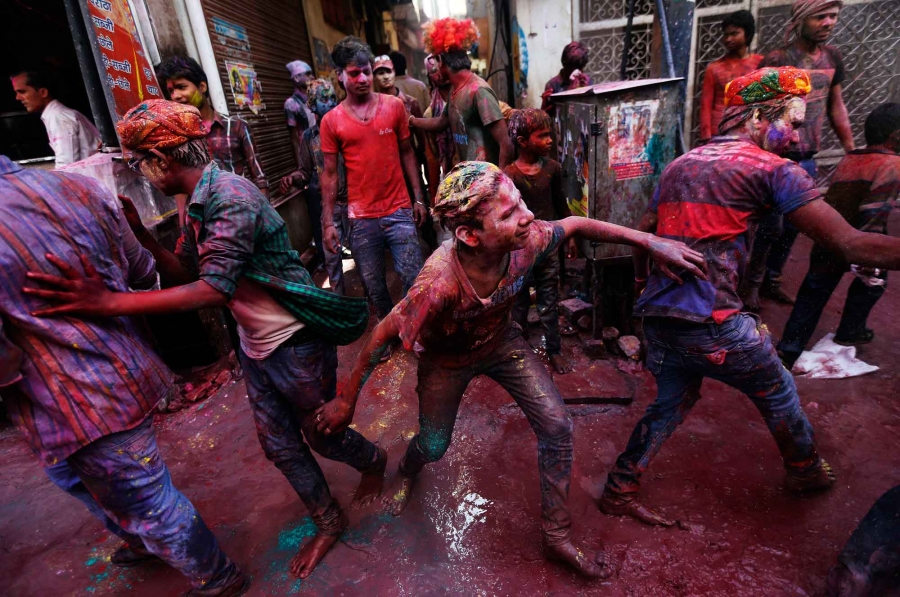