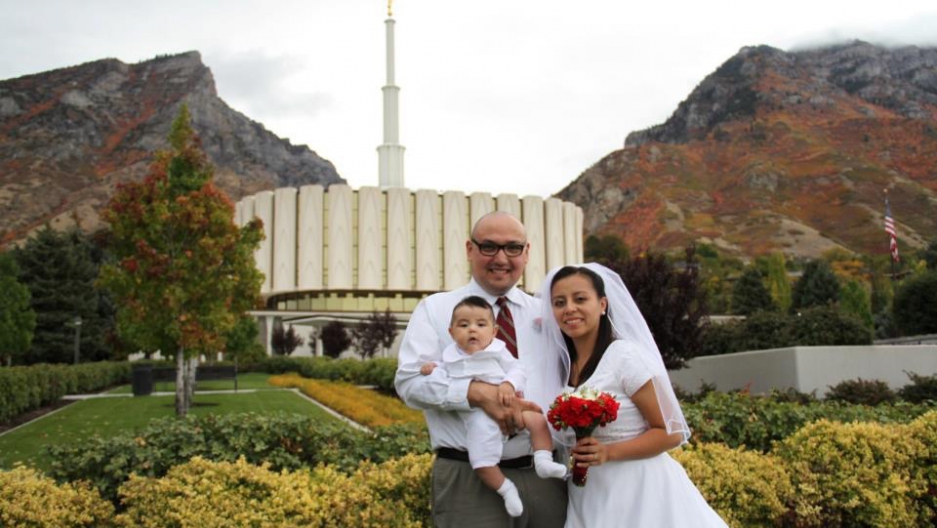 Laura López with her husband and first child on her wedding day. She was brought to the US when she was 12 and, now 27, has two US-born children. But she is terrified that she will be deported because she is undocumented.

Among the things Laura López wants to tell people about being undocumented is one simple fact: It's not easy.

“It takes a toll on people’s lives. Not just materially, you’re drained mentally for all the years that you've been here,” she says. "It's harder than people think, to pack up your bags and leave."

López lived in Mexico City until she was 12. She crossed the border by foot with her mother and two younger sisters to join her father, who had already lived in the US for two years. She remembers that time in flashes — the flight to Tijuana, staying in a coyote’s house for a few days and finally arriving in California.

Even then, her parents prepared her for a life undocumented. They told her that some people would say mean things and would tell her to "go back to your country." They said to be strong and remember that they are in the US for a better education and opportunities. They gave her practical advice too: If she were ever detained by the police or immigration she was not to say a thing until she was in touch with her parents, a lawyer or her uncles who are US citizens. 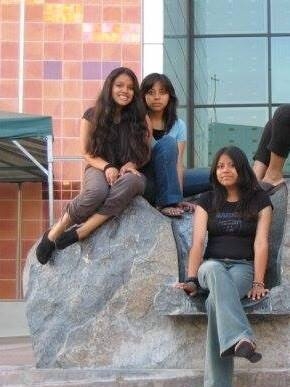 Laura López (middle) was 12 when her parents brought her and her younger sisters across the border from Mexico City. Here she is, in about ninth grade, in front of the California Science Center in Los Angeles.

López is now 27 and lives in Provo, Utah, with her husband and two young children, both born here. She says it’s difficult to know that people think of her as a criminal or someone who is trying to steal from documented Americans. Or that they blame her parents for their choices.

"They have no idea what the situation is like down there. [Parents] are worrying about their kids," López says.

She meets the criteria to be considered under President Barack Obama’s executive action on immigration, for both the extended Deferred Action for Childhood Arrivals (DACA) and Deferred Action for Parents of Americans and Lawful Permanent Residents (DAPA) programs. The programs will give work permits and temporary relief from deportation to undocumented immigrants who qualify.

President Obama's executive actions expand the Deferred Action for Childhood Arrivals (DACA) program to include undocumented immigrants of any age who entered before age 16 and have lived in the US continuously since 2010. It also begins Deferred Action for Parents of Americans and Lawful Permanent Residents (DAPA) program. Both programs require criminal background checks and for immigrants to pay taxes.
More from USCIS

A court ruling last month effectively put those programs on hold, leaving López and others like her to wait once more for relief.

López runs a cleaning business with her mother, but she wants to become a court translator. She wants to live her life without having to depend on her husband’s status as a US citizen; her business is now under her husband's name. Mostly, she wants relief — even if it’s temporary — from the fear that US Immigration and Customs Enforcement can separate her from her family.

“If I'm ever with my kids and a police officer pulls me over and they want to check if I'm here legally, they could turn me into immigration. It would be a nightmare. It’s terrifying to think of that,” she says.

The Obama administration has appealed the court order blocking the extended DACA and DAPA programs. The government was initially slated to begin accepting applications on Feb. 18.