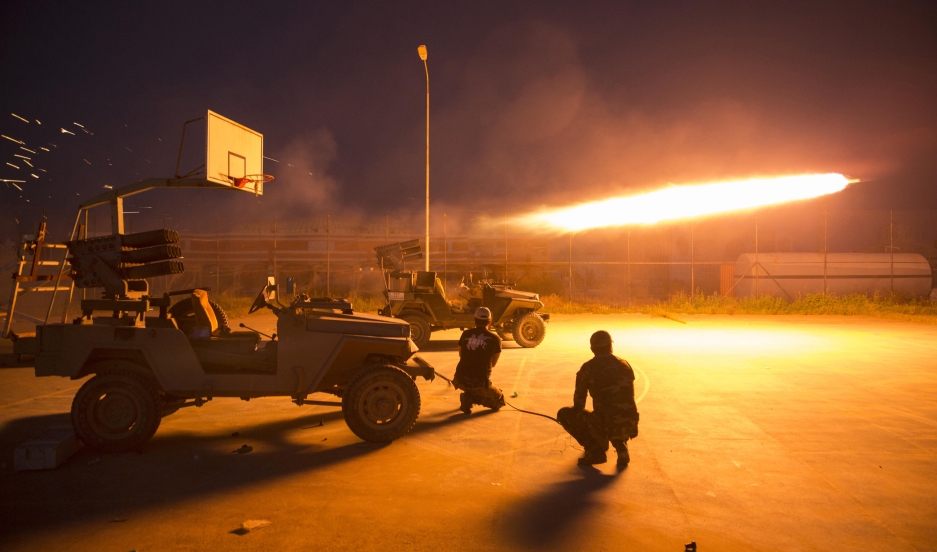 Shiite fighters fire a rocket during clashes with ISIS militants in Iraq's Salahuddin province on March 1, 2015. Thousands of Iraqi soldiers and Shiite militiamen sought to seal off ISIS in Tikrit and nearby towns.

Iraqi forces are conducting their biggest operation yet against ISIS fighters in their country.

The plan is to take back the city of Tikrit, which has been in the hands of ISIS for months. The offensive began on Monday, and while the army is recieving help from Iraqi Shiite militias and Iranian forces — Iranian General Qasem Soleiman is thought to be directing at least part of the operation — the US is watching from the sidelines.

"If I were a policy maker in the US government, it's a very, very difficult situation indeed," says Aymenn al-Tamimi, a fellow at the conservative Middle East Forum.

Tamimi says the attack presents a catch-22: If the US scales back aid and military support, it creates a big vacuum for Iran to fill; if the US does play a more prominent role, perhaps by providing weapons, they may empower the Shiite militias who are Iran's proxies in Iraq.

But the US also has relatively few options for offering support. The US is supporting Iraq with airstrikes, but Tamimi says it's on the ground where the Iraqi army needs the most support. "The biggest problem is ... with undetonated [ISIS] IEDs planted all over the roads and in buildings in Tikrit," he says. "A US airstrike can't exactly take care of that."

Tamimi sees the Tikrit operation as preparation for a much harder and complex operation: The reconquest of Mosul, the biggest city controlled by ISIS. But there are major differences between Mosul and Tikrit

"Mosul is a much, much larger city," he points out. "Most significantly, Mosul is not a ghost town. It still has a large local population residing in the city ... whereas Tikrit really became de-populated a long time ago."

Tamimi predicts the Tikrit operation will be a success. But what does worry him, he says, is the long-term effect the Iranian help might bring with it: "[Militarization] simply leads to more ample opportunity for lawlessness in the long run."