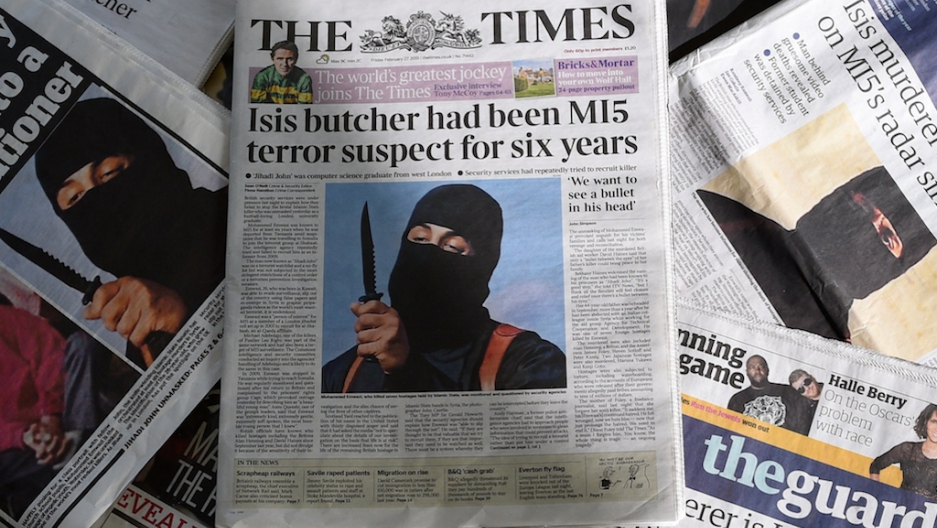 LONDON, UK — Here's one of the strangest details to emerge about the Islamic State militant dubbed "Jihadi John": before he was ever recruited by IS, Britain's intelligence agency tried to get him to work for them.

UK security forces were following the man identified last week as West Londoner Mohammed Emwazi, 26, years before he slipped into Syria and emerged as the spokesman for the terror group's ugliest crimes.

Starting in 2009, the computer science grad was approached multiple times by the British intelligence agency MI5, according to Cage, a London-based advocacy group that communicated with Emwazi before he went to Syria.

According to emails and interview transcripts released by Cage, British intelligence officers listened to Emwazi’s phone calls, detained him abroad and blocked his future travel attempts. They showed up at his family’s home and shadowed him online.

Emwazi told campaigners he was pressured to work for MI5, and when he refused, threatened with further harassment.

“Listen Mohammed: You’ve got the whole world in front of you, you’re 21 years old; you just finished ‘uni’ — why don’t you work for us?” Emwazi claims an MI5 officer told him in Amsterdam in 2009, according to a voice transcript released Monday.

More from GlobalPost: For richer, for poorer: Jihadi John is a reminder that extremism comes in all shapes and sizes

Outside the London residential address believed to be where Mohammed Emwazi once lived before reportedly becoming an Islamic State fighter.

The Home Office, which oversees Britain’s domestic security and immigration, is refusing to confirm or deny any information about their agencies’ interactions with Emwazi, a spokeswoman said Tuesday.

But the Home Office has previously confirmed that it used tactics similar to those described by Emwazi to track young British Muslim men.

Nothing justifies the murders of civilian journalists, aid workers and others that Emwazi apparently presided over.

But MI5’s approach to men like him matters because of a claim that has sparked fierce debate here: that Emwazi’s treatment by the UK fueled his radicalization, and not the other way around.

“You keep hitting someone with a stick, he’s gonna turn around and hit you one day,” a young Muslim Londoner told GlobalPost in 2013.

MI5 recruitment efforts feature in several prominent terror cases in the UK. The agency tried to recruit Michael Adebolajo months before he murdered a British soldier in London in 2013, his friend told the BBC.

A young Somali-Brit named Mahdi Hashi told the Independent newspaper that MI5 tried to get him to work for them in 2009. He was later stripped of his British citizenship while traveling abroad, then ended up in a US court on terror charges.

In 2013, a young Muslim living in London described to GlobalPost his experience with MI5. That interview was arranged by Cage, the same group that took up Emwazi’s case in 2009.

The man, who denied links to extremism or terrorism, said he was stopped twice at airports and asked to “help out” by British security officers. The recruitment campaign lasted for months, with an officer making frequent visits and calls to his home.

It culminated in a bizarre episode in which a motorcycle courier dropped off a plain package to the man's home one Sunday morning containing a brand new cell phone and a note: “Switch on.” The single number programmed into its address book was the same one officers gave him at the airport.

The visits stopped when he contacted a human rights lawyer, he said. But the experience left him feeling confused, frightened and angry.

“The psychology of the whole thing — it’s humiliating, it’s aggressive,” he said at the time.

It is not clear exactly when Emwazi attracted officials’ attention. His name came up as an associate of previous terror suspects, according to court documents seen by the Observer newspaper.

An associate of his was linked to the foiled plot to blow up another London subway station, two weeks after the deadly July 2005 attacks on the city’s public transit system. He was a “person of interest” in a 2007 investigation into a UK cell recruiting for Al Shabaab, the Al Qaeda-linked group in Somalia.

Officers reportedly accused Emwazi of going to join Al Shabaab when they stopped him in Tanzania in 2009. Cage claims that Emwazi was going there for a safari vacation with friends to celebrate ending his studies at the University of Westminster.

His detention in Tanzania and subsequent interrogations in Amsterdam and Britain marked the beginning of a three-and-a-half-year period when Emwazi was repeatedly contacted, questioned and blocked from traveling by MI5.

When he sold a laptop on a UK online classified site in 2010 and realized that the purchaser was a security agent, he panicked.

“I knew it was them!!” he emailed a reporter at the time. “Sometimes i feel like im a dead man walking, not fearing they may kill me. Rather, fearing that one day, I’ll take as many pills as I can so that I can sleep for ever!! I just want to get away from these people!!!”

The impact of Emwazi’s reported run-ins with the agency have been a divisive subject here in Britain.

Some see it as a case of sharp-eyed intelligence, identifying early a person who clearly possessed the potential to cause harm. MI5’s only mistake, lawmakers and others have said, was allowing Emwazi to slip from their control.

Others claim that the agency’s treatment contributed to his alienation from and anger toward Britain, feelings IS was able to capitalize on.

“When are we going to finally learn that when we treat people as if they're outsiders they will look for belonging elsewhere?” Asim Qureshi, Cage’s director, told reporters last week.