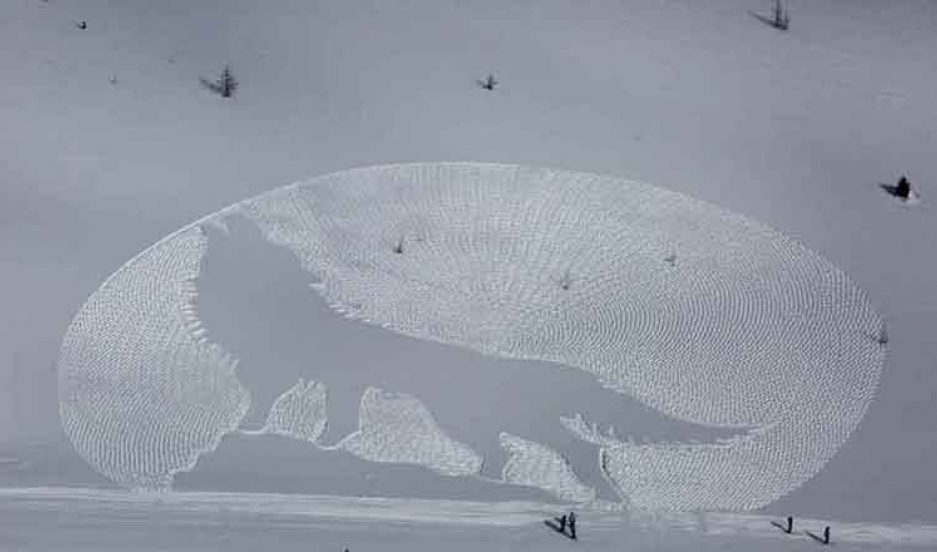 Simon Beck has been walking in circles for years — and the results are astonishing.

The British snowshoe artist is famous for the detailed geometrical designs that he creates by donning snowshoes and walking for miles, creating images that can only be seen from above.

“I just thought it was a bit of fun to do after a day of skiing,” Beck says. “I just felt like I needed a bit of exercise … and decided to make a pattern in the snow. I had no idea how good it was going to look when I first made it. I was quite amazed when I saw it from the [ski] lift.”

An expert in orienteering, Beck uses a compass and set of sketches to measure how many steps will be needed for each part of the drawing before he sets out.

Last month, Beck created a wolf howling at the moon at the Lake Louise Ski Resort in Banff, Alberta. 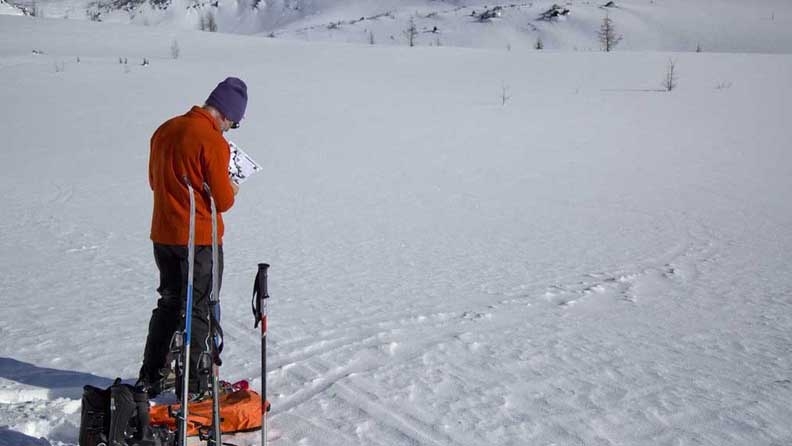 “It’s just like an orienteering exercise,” Beck says of the precision his designs require. “This is the same sort of process." 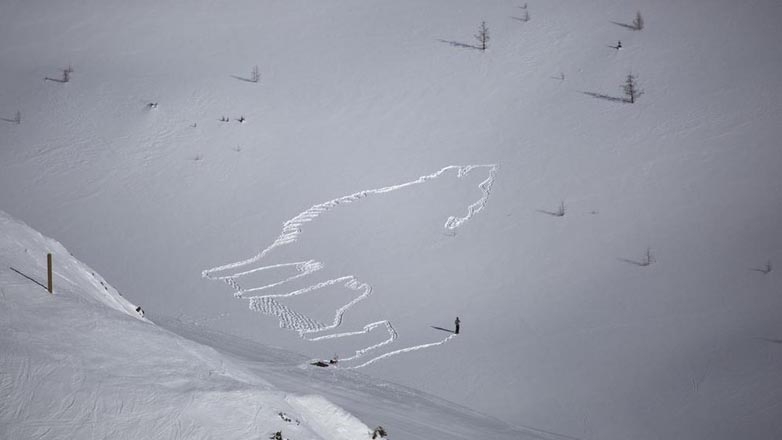 The images sometimes take more than 11 hours to make, and Beck can walk up to 30 miles while completing a single piece. 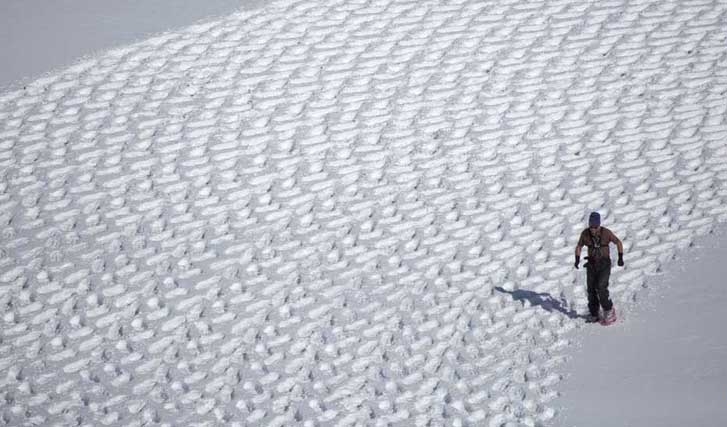 Simon Beck snowshoeing in circles to create image of a wolf howling at the moon.
Credit: Lake Louise Ski Resort

His art lasts only as long as the conditions hold. If it snows, his work is gone. But he says he doesn’t mind — as long he’s had time to take some good photographs. 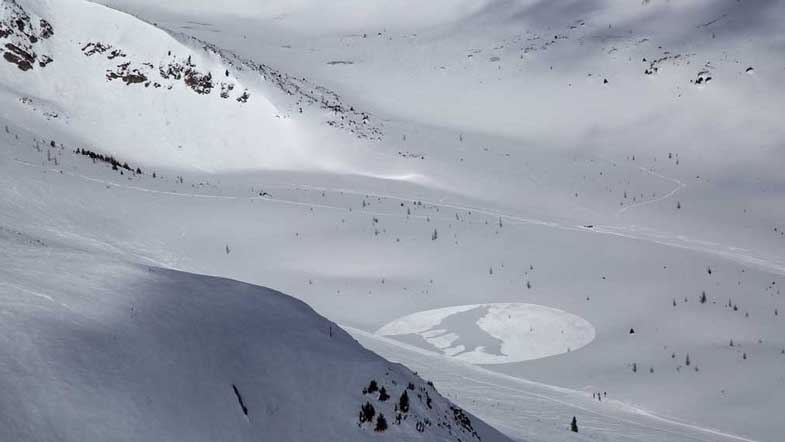