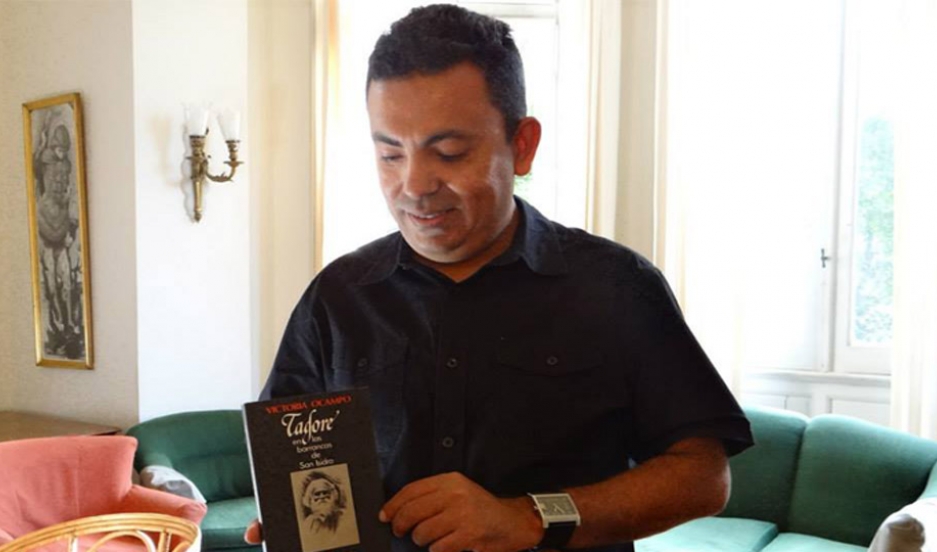 A photo of Bangladeshi American blogger, Avijit Roy, last year holding a book on Rabindranath Tagore. Roy blogged about scientific thought and apathy towards religion, taboo subjects in his home country of Bangladesh.

Blogger and author Avijit Roy had a growing list of enemies in Bangladesh, and was familiar with death threats.

"He carried this huge target on his back. People were actually posting, ‘We cannot kill him now because he’s in America, but when he comes back we will kill him,'" said Ishtiaq Rouf, a friend of Roy’s and fellow Bangladeshi blogger.

Roy was a well-known atheist in Bangladesh and wrote about religious extremism and secularism, which ranked him high on many Islamic extemist hit lists. On Friday he was hacked to death with machetes just outside of Dhaka University in Bangladesh.

The assailants are suspected to be a part of a growing number of fundamentalist groups in the country.

Roy, 42, lived in Georgia with his wife and teenage daughter, worked as an engineer in the States. He was also an author of several controversial books on homosexuality, religion and science. His blog, "Mukto-Mona", or "Free Mind" delved into scientific thought, secularism, and critiques on religion — all taboo subjects in his native country.

Today, the homepage of Avijit Roy's blog, Mukto-Mona, reads "We mourn, but we are not out."

The attack came as Roy and his wife, Rafida Ahmed Bonya, were leaving a book festival. Bonya has been hospitalized with serious injuries.

This is not the first time a blogger has been attacked in Bangladesh. Nearly 10 years ago, at the same spot where Roy and his wife were attacked, acclaimed writer and professor Humayun Azad was attacked by religious fundamentalists. Police in Dhaka say the attackers who struck both Roy and Azad, used machetes, perhaps signaling that the assailants belong to the same group.

Bangladesh is a hotbed of religious and political controversy for the last several years. Roy's work made him a target for Muslim extremists in the country who claimed his thoughts and writings were unlawful — even though Bangladesh is a secular country. 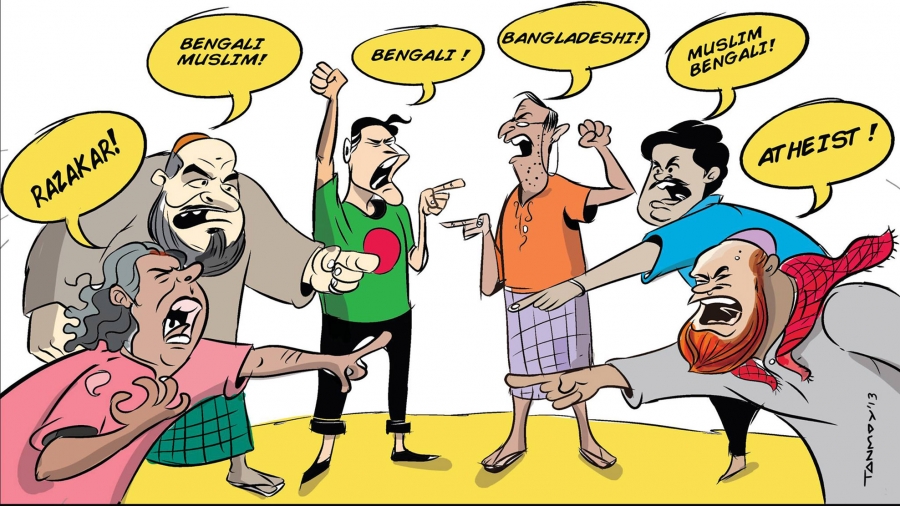 Rouf is also from Bangladesh and blogs about similar subjects, but says these recent attacks were too close to home.

"[His books] were not received well," Rouf says. "A lot of people in Bangladesh, they are faithful people, they have their faith, but they also know that, 'Yes, science is coming up with these things that challenge my faith.' They have their own way of balancing them in their personal lives, just like we all do, but his books actually made him a huge target among the radicals."

Rouf says the small community of atheists in Bangladesh are the latest target for radical Islamists. And Roy was just one of the first victims.

“Him being an atheist, he was in the worst possible situation. It’s taboo [to be an atheist] because, a lot of these radicals they say, ‘OK if you’re a Hindu living in a Muslim country, if you’re a Christian, even if you are a Buddhist, you can stay here fine, but there’s no space for atheists. That’s the hardline that they’ve taken and the way I see it it’s just that they are just the first targets, the first phase…it’s a very bad and insensitive time that we see…" 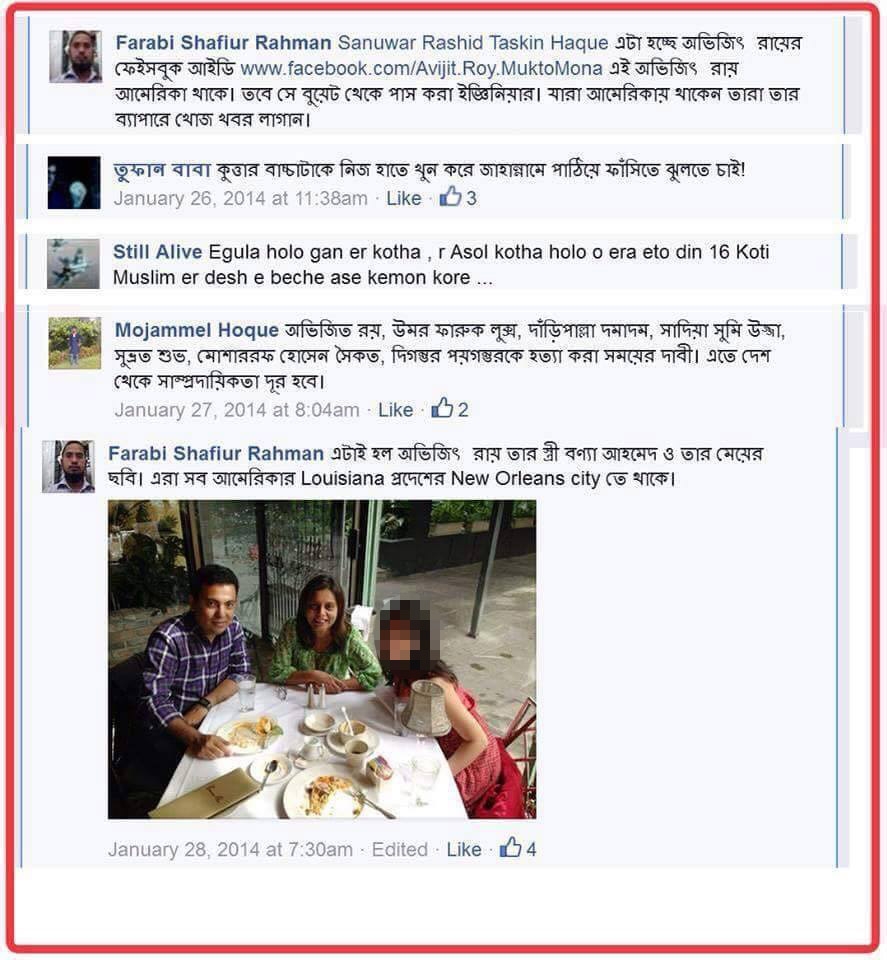 Religious fundamentalist groups in Bangladesh bluntly posted on social media sites asking for as much information as possible about Avijit Roy's whereabouts to plan an attack on the Atheist blogger.