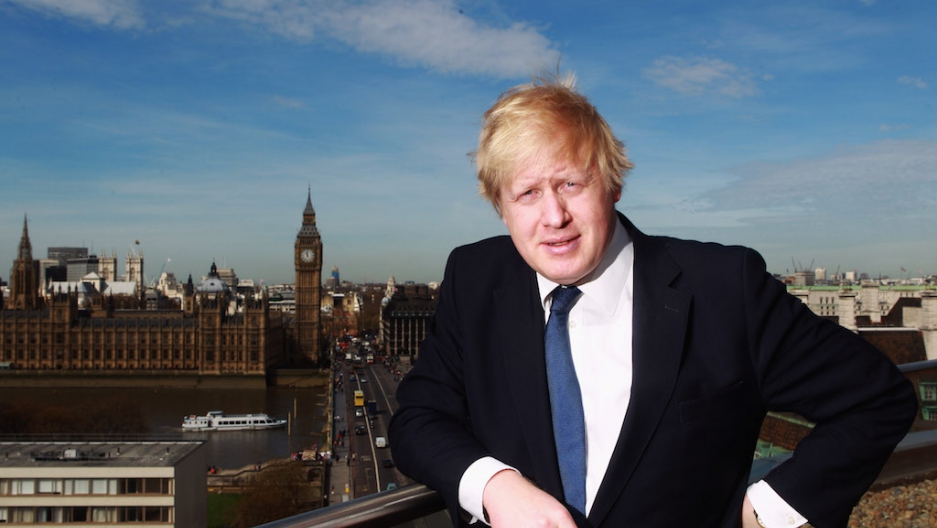 Mayor of London, Boris Johnson says hosting the 2012 Olympic Games was "incontestably" one of the best things London has done in the past 50 years.
Credit: Dean Mouhtaropoulos
Share

BOSTON — On a recent visit to snow-choked Boston, London’s iconic mayor Boris Johnson weighed in on how this city could win its bid for the 2024 Olympics, and on how the 2012 Games transformed his city.

And he told GlobalPost which event he’d really like to compete in.

GlobalPost: Was hosting the Olympics good for London?

Mayor Boris Johnson: Incontestably. Incontestably. It was one of the greatest things London has done in the last fifty years. For all sorts of reasons. It brought people together in a way that they never expected. There was a huge charge of good feeling, euphoria, serotonin. Everyone came together and enjoyed the games. We were proud that London put on a great Olympics.

And I think the second reason is that it’s delivered a lasting economic benefit for London. I think the year after the games we had a record number of international tourists. We knocked Paris off the number one spot. And then last year we did even better. So we’ve got money rolling in, investment rolling in from around the world and we’re very proud of what’s happening in London right now. We’re seeing huge huge sums coming in.

Organizing an Olympics is a massive undertaking, a multibillion-dollar project. What lessons did you learn, and what do you wish you had done differently?

I think the key thing is, everyone will pull together, it’s something that goes beyond party politics. The wonderful thing in London was that the Labor Party, the Conservatives, everybody just worked together for the good of the city and the good of the games. And everyone felt good about it, it can bring people together.

One thing you’ve got to get right is your stadium, and where you’re going to put that. We had a lot of anxiety about that and we didn’t get it right, frankly, at the beginning, and we had to correct that. The economic legacy has been terrific, though the stadium hasn’t been perfect.

You’ve got to manage travel demand: taxi drivers, and people who use the road. There will be a lot of needless apprehension. People will be needlessly negative, and they’ve got to buoy them up.

Boston, where you are currently visiting, is bidding for the 2024 games. Do you think Boston would be a good location for the Olympics?

Well, you know, I would hesitate to blight or jinx any candidacy by endorsing it myself, but I think Boston would have a fantastic case. There’s no question. I mean, they’ve got a very good story to tell about the urban regeneration they want to pull off, and I think they understand the importance of appealing to the Olympic committee with the sporting participation they want to achieve.

What advice would you have for a city bidding on the games, in order to persuade the Olympic committee?

I think you’ve got to make a story about how it will be good for everybody in the city, and how it will lead to long-term regeneration for everybody in all kinds of ways: in bringing society together, but also getting kids involved in sport, in creating aspiration. I think you’ve got to build that sort of narrative about change and improvement. I think that’s what the Olympic Committee want to hear: They want to hear how this thing they’ve got, this right to hold the games, this blessing that people seek can be transformational. It’s about a long-term legacy, about where this is going to lead your city in the long run, and I think Boston’s working on that pretty well.

To get London’s public transportation system ready for the games a lot of money was spent — on a cable car, high speed rail service and other improvements. The goal was to have athletes travel less than 20 minutes to their event. How important is a good public transportation system to a successful Olympics? And to the extent you’re familiar with Boston’s system, is it adequate?

It’s absolutely crucial to have good public transport, and it has been one of the great, great benefits of the games. We’ve seen a huge investment in mass transit. We’ve had the Tube upgrade, we’ve got a big new underground commuter rail coming in, we’ve got all sorts of stuff happening that wouldn’t have happened, really, if it hadn’t been for the Olympics. You’ve got to dovetail your infrastructure objectives with the games. You’ve got to think about using the games to project your city to where it needs to be in the next twenty or thirty years.

A recent poll found that only about half of Bostonians are in favor of holding the games, and some are calling for a referendum. How does that compare to support for the London Games?

I remember at this stage, support was pretty tepid. It really solidified when the International Olympic Committee gave us the nod formally, and said okay, guys, you’ve got it in London. And then there was a moment of real exultation, and people poured spontaneously into Trafalgar Square to show their happiness. When the city feels that this is it, that the finger of fate is pointing at Boston, I think people will change their views.

There’s concern that taxpayers could be forced to shell out billions to host the games. The London Olympics budget was reportedly increased by nearly fourfold from the original estimate, and a big part of the residences at the Olympic Village sold for a loss of nearly $400 million. Financially, were the games good for the city, and what kind of burden did it place on the taxpayers?

I would say that the budget never increased at all for about five years. It was underestimated to begin with. We then fixed on a figure of $9.3 billion, and we came under it, actually. For five years we held to that budget. I think that inevitably some taxpayers’ money has got to be spent on this project, but it will be worth it in the long run. In London, it’s hard to deny, we have regeneration happening across the city now, and I think a lot of it is associated with the Olympic Games.

Another concern in Boston is what will happen to the facilities after the games are over. How are they being used in London?

We had a spectacular success. Every single one of them has a viable future in the private sector. That’s, again, when you set out on these trips you’ve got to make sure you end up in that place. In Stratford we’re seeing a new city born, in an area that was completely derelict.

If you could compete in any event in the Olympics, what would it be?

Well me? Any athletic event? I was quite fast in the 200 meters, would you believe it? But that was a long time ago. I don’t know what I’d compete in. The egg and spoon race, the tug of war.

Skeet shooting, based on your recent photo-op in Iraq ...

The slow cycle! That’s it!