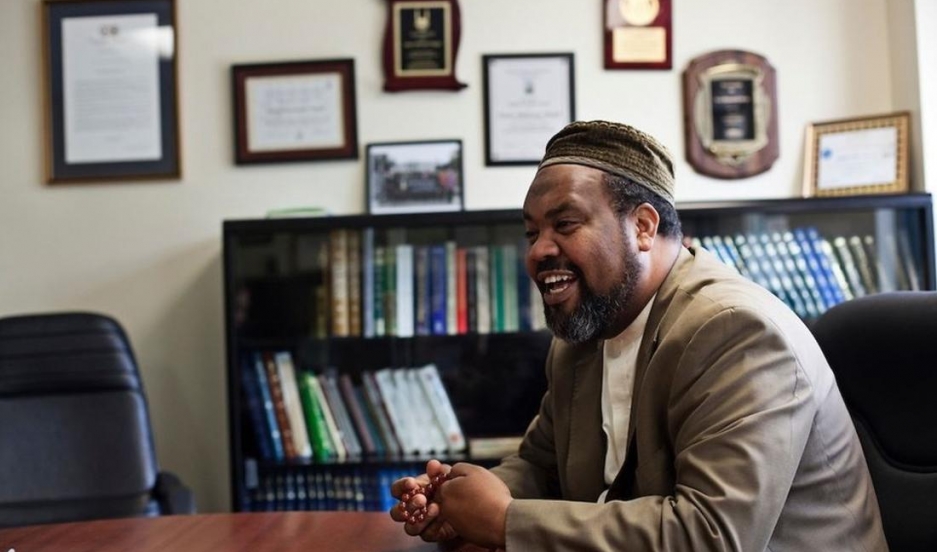 Mohamed Magid of the All Dulles Area Muslim Society in Virginia counsels youth who are being wooed by violent extremists.

We all know being an adolescent isn't easy. You don't quite know who you are, or where you fit in. And you're dreaming big.

Now imagine you're a Muslim American teenager, and something you've said online has caught the eye of a recruiter for an extremist group.

"They keep telling him, 'Come with us, you'll become a hero, you're being created for a greater mission than just living in America in a comfortable life,'" Magid says of their message. "We are your family."

Magid says his job is difficult in part because extremists set themselves up as legitimate religious authorities, who are attempting to "uplift" a "humiliated" community.  Online recruiters, he says, use "attractive words," about restoring dignity and honor.

Another part of the problem, he says, is that the majority of targeted youth do not regularly attend a mosque.

"They are seeking to learn Islam in the virtual space," Magid argues.

According to Imam Magid, the members of his Virginia mosque are engaged and integrated into the local community, but youth are increasingly "feeling the heat," especially in public schools.

"Everytime ISIS posts a video where they're beheading someone, that impacts the community. Now we see the debate, the discourse in America, where some people say Islam is a problem," he says. "That is really troubling to me."