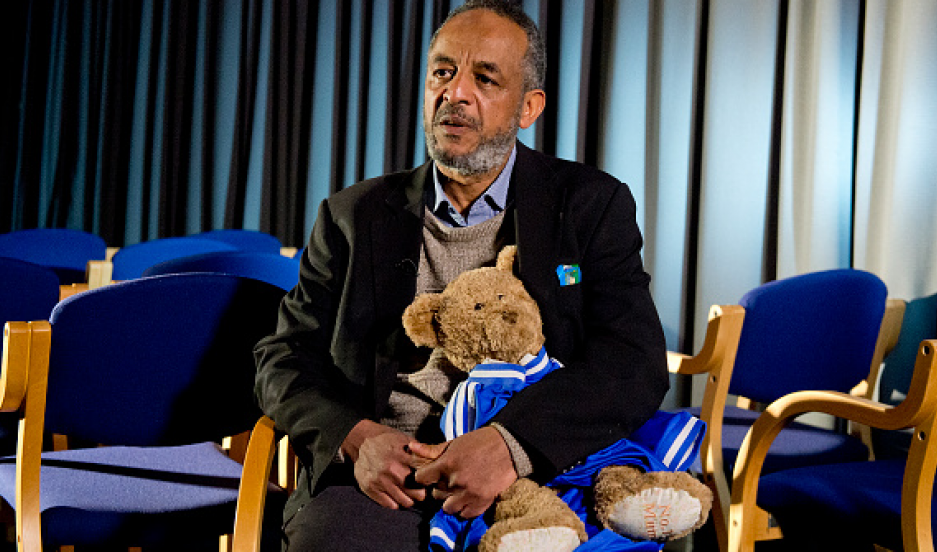 Abase Hussen, father of Amira Abase, 15, holds a bear that Amira gave her mother as he is interviewed by the media at New Scotland Yard, as the relatives of three missing schoolgirls believed to have fled to Syria to join Islamic State have pleaded for them to return home, on February 22, 2015 in London, England.

In Britain, concern is growing over the fate of three London schoolgirls who have disappeared and are believed to be en route to join ISIS In Syria.

Shamima Begum, Amira Abase, both 15, and Kadiza Sultana, 16, were all last seen on closed-circuit TV boarding a plane from London to Turkey. Another student from their East London school had already joined the extremist group. Much of their recent social media activity had also revolved around ISIS and ISIS supporters.

Family members made public pleas for the girls to reconsider and return. Amira's father, Abase Hussen, told the BBC that his message for his daughter was simple: "We miss you. We cannot stop crying. Please think twice. Don't go to Syria."

Their disappearance has reopened a debate over the appeal of ISIS to some young British Muslims, in spite of concerted efforts to combat the group's message. According to Aminul Hoque, author of "British-Islamic Identity: Third Generation Bangladeshis from East London," attempts to counteract ISIS propaganda are made more difficult by a growing generation gap in some British Muslim communities.

Two of the missing girls were from East London's Bangladeshi community, for whom questions of identity have grown more complex, according to Hoque. "It's the notion of feeling like a tourist" he says. "[Young British-Bangladeshis] see themselves are British, as Londoners, as Muslims — yet they are constantly reminded that they are not British. So it is a pingpong generation, a generation in exile."

Hoque says that the Bangladeshi community as a whole has been in shock since news emerged that the girls appeared to have been recruited by extremists. "These young women — they look like my nieces, they look like my students," he says, "I cannot believe — and neither can the community — that this happened. We are all in shock, and we have no straight-forward answers."