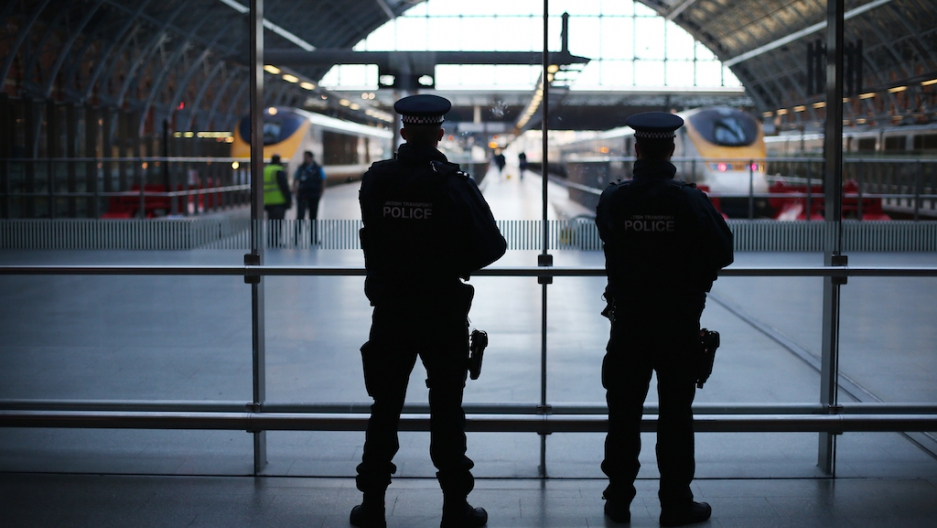 LONDON, UK — The White House is hosting a summit on counterterrorism this week.

(At least, it’s supposed to — 4 terrifying inches of snow on Tuesday shut down much of the federal government and reportedly canceled part of the meeting.)

The summit will focus on fighting extremism, particularly on social media. That’s part of the UK counterterror strategy as well. But security forces are working with different toolboxes on opposite sides of the Atlantic.

In the United States, social media activity showing an interest in or sympathy to a group on America’s foreign terrorist list, like the Islamic State (IS), can lead police to evidence of a crime plot. That was the case last month, when police arrested an Ohio man named Christopher Lee Cornell accused of planning an attack on the US Capitol.

But in the United Kingdom, the act of posting itself is the crime, as several Brits have recently learned.

On Tuesday morning, police arrested a 29-year-old man at his home in Stoke-on-Trent, a city between Manchester and Birmingham, England, for allegedly encouraging terrorism and being a member of a banned organization.

Officers were tipped off by “suspected online postings which reference the Islamic State,” West Midlands Police said, adding that there was no immediate threat to public safety.

More from GlobalPost: #FreedomOfSpeech: What that means in the US, Britain and France

It was Britain’s fourth arrest in as many days of people accused of holding terrorist sympathies or of planning a terror attack. In at least two cases, their online posts were part of the alleged crime.

On Monday, a 16-year-old boy and girl were arrested by counterterror agents on suspicion of plotting an attack in Tameside, a Manchester suburb. The teenagers, who did not have apparent links to Islamic extremism, were being investigated as a result of their online activity, the BBC reported. Early Wednesday, Manchester police said they had released the girl without charges.

On Saturday morning, London police picked up a 32-year-old man suspected of being an IS member, and of collecting information that could be useful to someone committing a terrorist act.

The UK added IS in June to its list of 65 banned foreign terrorist groups.

Their list is similar to America’s — but rules on policing terror suspects in the homeland differ.

Under British law, it’s not just an offense to offer money or other aid to these organizations, but to show support for them in any way.

You can’t join these groups, either officially or as a self-professed member.

You can’t attend a meeting where a member of this organization might be speaking.

You can’t wear clothes, display signs or possess anything that would “arouse a reasonable suspicion” that you support the organization.

Proscription — the British word for this type of blacklisting — took force as a result of sectarian conflicts in Northern Ireland, decades before the modern war on terror. (A separate list bans the Irish Republican Army and 13 other Northern Ireland-related groups.)

Today, there are more opportunities than ever before for people to share allegiances to the trivial and deadly serious alike — and to incriminate themselves in the process.