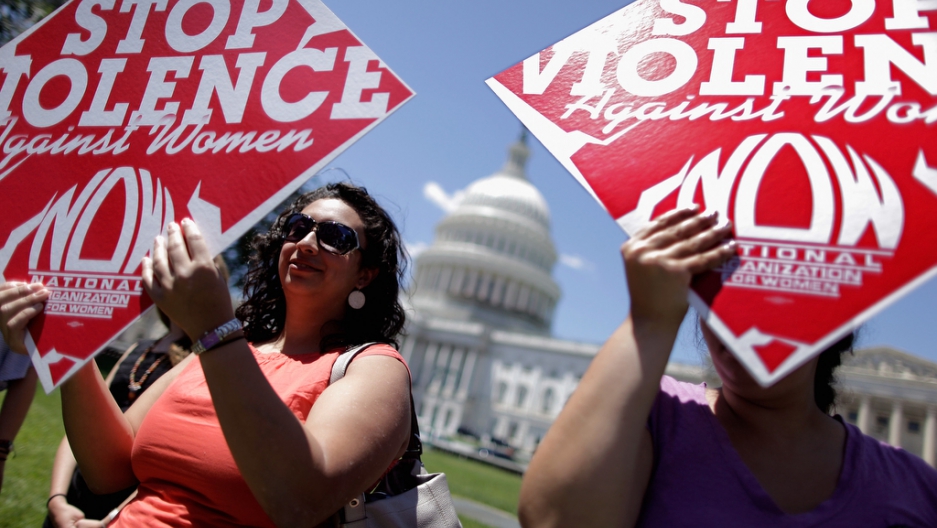 That’s shocking enough. But it gets worse.

Nearly half of those victims — 46 percent to be exact — died at the hands of their partner or ex-partner. Yes, the person those women should have been able to trust most in the world turned out to be the most dangerous.

That figure was among the data collected and analyzed by Women’s Aid and NIA, two organizations committed to ending violence against women and children.

More from GlobalPost: These charts show you the places where women are killed by the people close to them

Women’s Aid and NIA on Thursday launched the Femicide Census, which provides details about women killed by men over the past five years. It’s hoped that information will increase awareness about male violence and help prevent further incidents.

In 42 percent of cases where a woman was killed by her current or former partner, the murder weapong was a knife or other sharp instrument. The second most common method of intimate partner homicide was strangulation or asphyxiation, accounting for 22 percent of cases. Guns were used in just two percent of the murders.

“On average two women per week are killed by a partner or ex-partner,” Women’s Aid Chief Executive Polly Neate said.

“We need to know what happened to these women before their deaths — for example if there were previous reports of domestic violence, if they have had previous contact with the police or other agencies, but the warning signs were not picked up on.

“We are launching the Femicide Census to identify common themes so that we can learn from them, and so that we can reduce deaths by working with all relevant agencies and professionals to better protect women.”

It's not just a UK phenomenon, of course.

A 2013 report released by the World Health Organization (WHO) described violence against women as a “global health problem of epidemic proportions.”

It found 38 percent of the women who were murdered around the world were killed by an “intimate partner.”