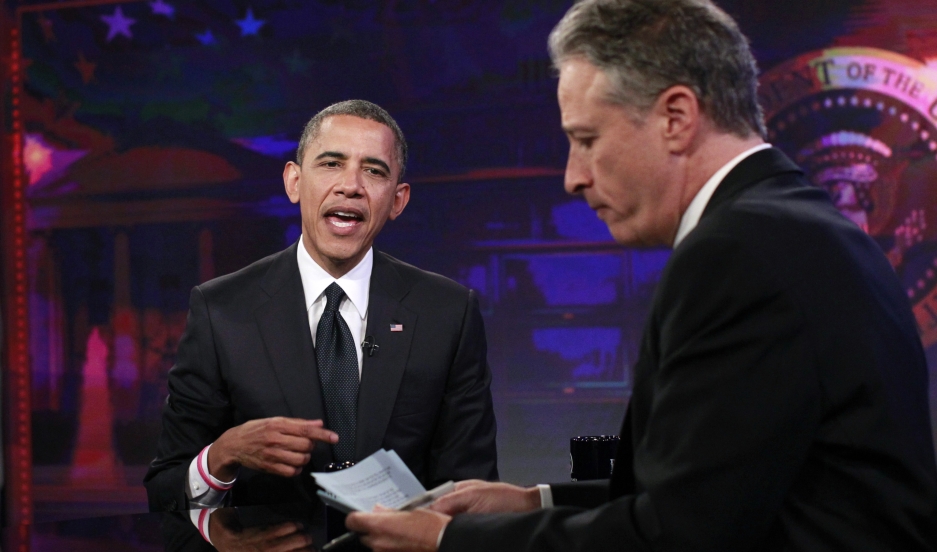 Comedy, Jon Stewart once said after the Charlie Hebdo massacre in France, ''shouldn't have to be an act of courage.''

Yet his courage and vision have been cited by critics since Stewart's announcement he was leaving "The Daily Show" on Comedy Central, the program that he built into a news source more trusted than the old networks he so loved to poke fun at.

“It’s hard to imagine life without Jon Stewart’s Daily Show,” says Bob Garfield, longtime journalist and co-host of WNYC’s On the Media. “It’s been transformative, in media and politics. He’s the voice of reason for the millennials, and maybe the generation before that. There’s nothing like him in the American scene since Will Rogers, only Will Rogers wasn’t on the ‘TV machine.’”

“The guy should be on Mount Rushmore,” Garfield says. He was the anti-Brian Williams, adds media critic Dan Kennedy. "Stewart is utterly transparent — we know what he believes and what perspective he brings to his commentary,'' Kennedy writes, adding that Tina Fey or Amy Poehler would be worthy Daily Show successors.

In 16 years, Stewart broke numerous boundaries, including an episode in which he was accused of being pro-Palestinian by Israeli officials and pro-Israeli by Palestinian officials.

Garfield says that The Daily Show even paved the way for his own weekly radio media review. “He did what we do better,” Garfield says.

Aside from the comedic elements of The Daily Show, the program helped pioneer now-modern techniques used by broadcast news outlets: The show was out in front with its use of YouTube video integration and memes, a practice now commonly used by many broadcast mediums.

Beyond The Daily Show’s use of technique, Garfield says the program was always fair.

“They didn’t cheat,” says Garfield. “They had more integrity in producing their fake news broadcast than much of the rest of broadcast news had in its producing its supposedly real ones. It’s remarkable, and we shall not see the likes of him soon.”

This article was adapted from an interview on PRI's news show The Takeaway.