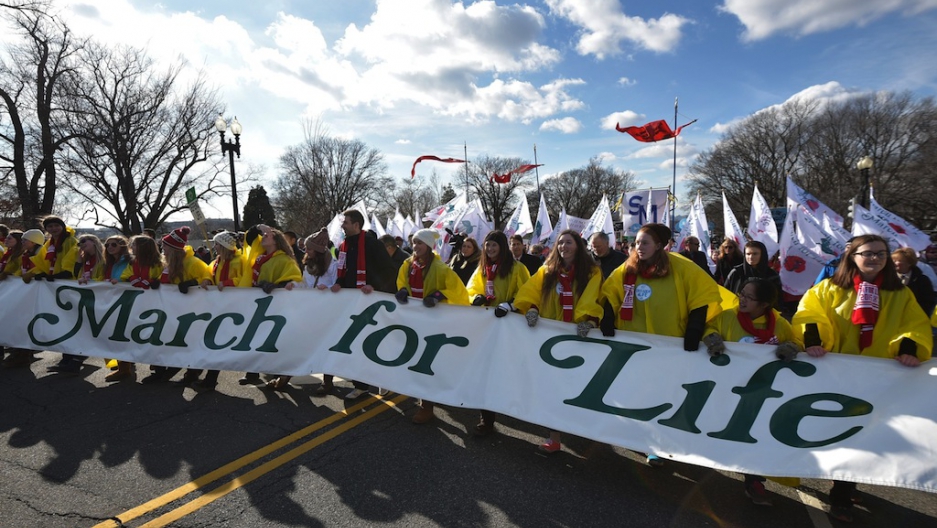 WASHINGTON — Forty-two years after Roe v. Wade, abortion rights are still under attack. The US House recently voted to pass a bill designed to terminate private insurance coverage of abortion in the United States.

But there’s another tragedy taking place outside of our country’s borders, where nearly 47,000 women — almost all of who live in the developing world — die every year from unsafe abortions.

In many of the world’s poorest countries, abortion is illegal in nearly all circumstances. And this provides us with some important lessons. First, outlawing abortion doesn’t eliminate it. Desperate people take desperate measures. Like women and girls in El Salvador who ingest rat poison or force sharp objects into their cervixes to terminate unwanted pregnancies.

Nearly all of this suffering is preventable. We need to give women everywhere access to voluntary family planning services. Allow me to state the obvious: Fewer unplanned and unwanted pregnancies mean fewer abortions.

Unfortunately, for far too many women around the world, effective and affordable birth control is hard to come by. Some 225 million women living in the developing world aren’t using modern contraceptives, even though they don’t want to get pregnant.

While governments should certainly provide their citizens with the means to plan pregnancy, the reality is that many of them have limited resources. Instead, they must rely on aid from countries like the United States and on international organizations like the United Nations Population Fund (UNFPA).

Sadly, though, US abortion politics interfere with these important life-saving efforts and, at times, contribute to the number of women overseas who are dying from abortions performed or facilitated illegally by unskilled providers.

These politics lead to policies that are both mean-spirited and counterproductive. Take the Global Gag Rule for example. It’s a dangerous policy that forces international family planning providers receiving US aid to either accept funding, but censor programs to eliminate any discussion of abortion, or refuse to comply and lose funding, at the risk of going bankrupt. And although President Obama rescinded the policy in 2009, it seems likely that gung-ho Republicans in Congress will push hard for its reinstatement.

Not only is our country’s financial commitment to family planning dependent upon who is serving in the White House and in Congress, but we have to contend with harmful legislation written in the 1970s. The Helms Amendment has, for more than 40 years, undermined reproductive health care around the world. This law says that US foreign aid cannot be used to provide “abortion as a method of family planning.” Yet, it has been enforced as a total ban on funding for abortion under any circumstance.

That means women and girls who are raped in conflict or are victims of incest cannot access safe abortion services. And the same goes for women whose lives are threatened by carrying a pregnancy to term. It also means that overseas health organizations cannot use US funding to buy the tools and medications they need to treat those who have been injured by an unsafe abortion. And it’s a downright shame.

It’s a tragedy that women and girls are dying by the tens of thousands because they haven’t been granted the right to undergo a medical procedure that should be both safe and available in every country across the globe.

Let’s decide, together, to end the crisis of unsafe abortion around the world and commit ourselves to fight the proposals in Congress that intend to bring unsafe abortion back to the United States.