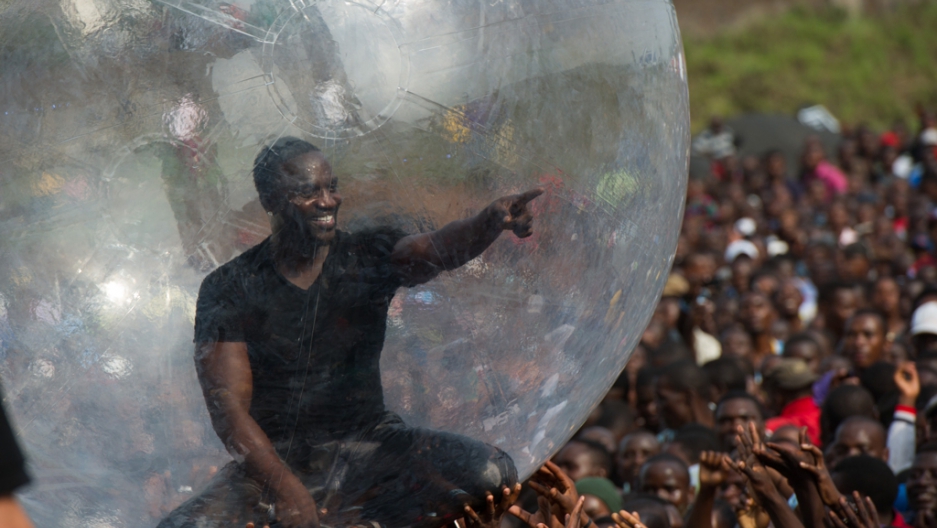 US-Senegalese hip-hop star Akon performs at a concert as part of "Peace One Day" celebrations on International Peace Day at the airport in Goma in the east of the Democratic Republic of the Congo on Sept. 21, 2014.
Credit: PHIL MOORE
Share

Akon, the R&B singer best known for his songs "Smack That" and "I Wanna F*ck You," and for an unfortunate incident in which he simulated sex with a 15-year-old girl during a concert in Trinidad and Tobago in 2007, is coming to Iraq.

Erbil, the capital of semiautonomous Iraqi Kurdistan and a staging ground for the Kurd's fight against the Islamic State (IS), will host Akon's sexy antics and bubble-encased crowd-surfing at the Franso Hariri Stadium in March.

He made the announcement in this video.

Akon has performed in several cities in the Middle East, including Cairo, Beirut, Dubai, Abu Dhabi, and Doha.