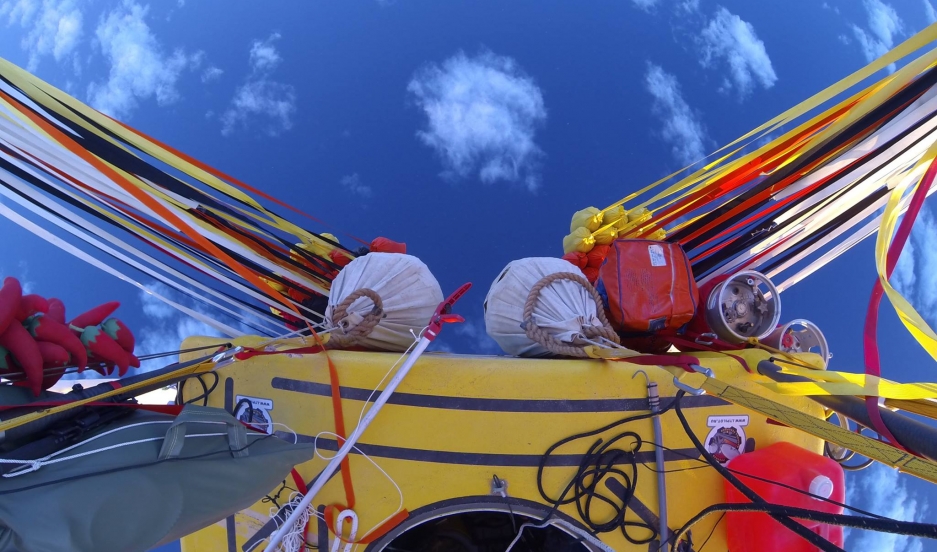 The view from 15,000 feet over the Pacific Ocean as seen from the Two Eagles Balloon flight deck.

Troy Bradley of Albuquerque, New Mexico, and Leonid Tiukhtyaev, from Moscow, are at the helm. The international duo, known as the Two Eagles Balloon Team, launched from Saga, Japan, on January 24. They've been riding the wind ever since.

"Right now, they're at 25,000 feet," reports Steven Shope, the director at Two Eagles mission control in Albuquerque. "A couple of days ago they were upwards of 75 miles an hour."

The pair operate the balloon like they're on a road trip, taking shifts to avoid sleep deprivation. "It's a sleep cycle thing, so while one is sleeping, the other is piloting, and they go through rotations like that," Shope says.

They need every bit of alertness they can muster: The Two Eagles want to break two world records, one for distance — the current mark of 5,208 miles has stood for more than 30 years — and a flight duration record set in 1978, when three pilots took 137 hours to make the first trans-Atlantic balloon flight.

That flight duration title is considered the "holy grail'' of the gas ballooning world, aficionados say. But despite the challenges, the Two Eagles are still upbeat after nearly five days in the air. 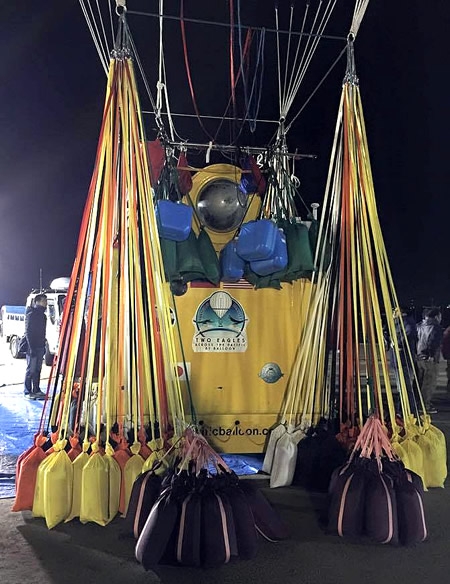 "Leonid and I are having a wonderful time up here," says pilot Troy Bradley, speaking from somewhere over the Pacific. "[We're] having a beautiful flight with a beautiful sunrise over the Pacific, low-level clouds below us so we can see the ocean in between all of those. So everything is going absolutely perfect at this point."

When The World last checked in with mission control, the balloon had travelled 5,126 miles and had been in the air for 4 days, 21 hours and 8 minutes.

Those numbers are obviously always changing, but so is the flight trajectory. "Last night we had a big glitch in our original trajectory," says Shope, the flight director. "We were planning to go north into Vancouver, [but] overnight some issues developed ... so now we have decided to go south and head down into Baja, Mexico."

It's no coincidence that the mission has a Russian pilot, a Belgian meteorologist and an international network of volunteers. "The whole world ballooning community is a very close-knit community," Shope says. So while US-Russia relations might not be warm at the moment, that doesn't carry over into the ballooning world.

"This relationship transcends any geopolitical boundaries, and it's a great international effort," Shope says. "I'm very proud to be part of this close-knit international team ... There's a lot of friendship among the peoples of Russia and the US, and I don't want people to forget that."