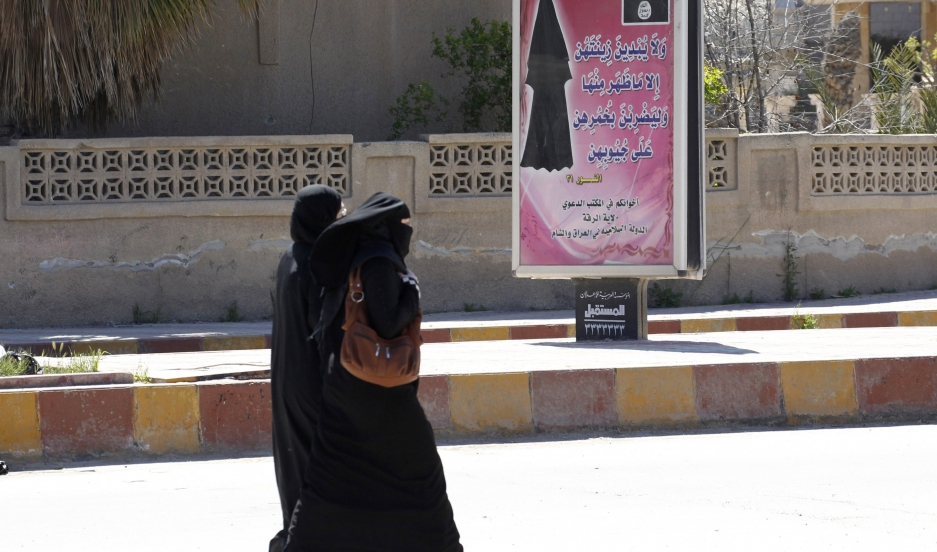 Veiled women walk past a billboard that carries a verse from the Koran urging women to wear a hijab in the northern Syrian province of Raqqa.

Back in October, a group of researchers at London's Institute for Strategic Dialogue spotted a tweet from a woman in ISIS-held territory.

"I wonder if I can pull a Mulan and enter the battle field," it said.

The tweet has since been taken down, but it lives on in the title of a new report from the think tank: "Becoming Mulan? Female Western Migrants to ISIS."

Erin Saltman, a senior researcher at the Institute for Strategic Dialogue, says the woman who posted the tweet is in ISIS terrority, but, unlike Mulan, she can't find a way to fight. He says, "[The woman] wishes she could cut off her hair, dress as a boy and participate in the fighting."

Under ISIS, women are only expected to serve as wives and mothers, even though many are thirsty to join the action.

Saltman says tweets like this show three things about these women: first, their Western backgrounds; second, how young they are; and finally, their willingness and desire to join the war.

Saltman and her team have been following many of these social posts to understand what life is like for Western women who migrate to ISIS territory.

So far, the researchers have found common themes among the women. For many, "they believe they are taking part in a humanitarian effort," Saltman says. "They feel that they are part of building the Islamic State." 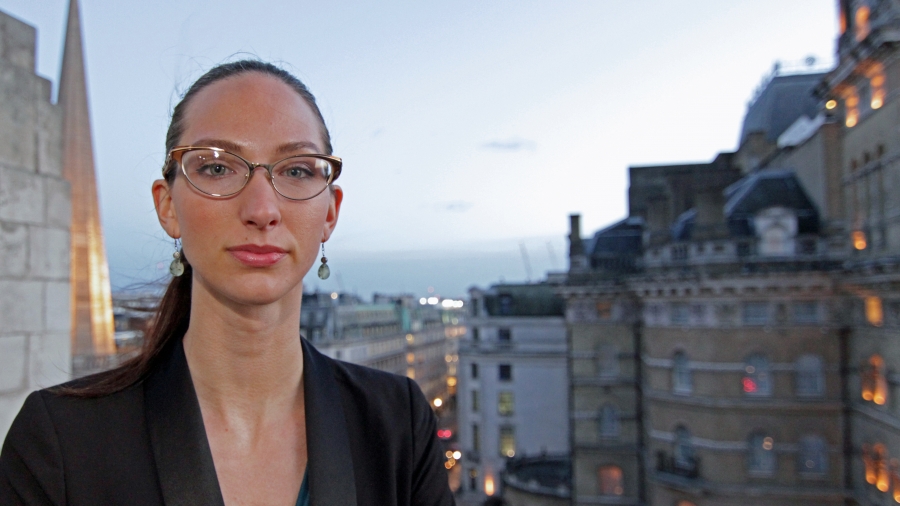 Erin Saltman leads the women and extremism program at the Institute for Strategic Dialogue, a think tank in London.

According to Saltman, younger women who have never traveled by themselves see this as an adventure. "They've been recruited and told that they'll be traveling to a far away place where they will marry this romantic idea of a jihadist soldier out in the desert," she says. If a woman is single, she's married off as soon as possible after she enters ISIS-held territory.

The case of one woman stood out for Saltman. She was live-tweeting what she thought was gunfire in the middle of the night. "An hour later, she tweets again and says 'Oh, you know, it was nothing ... I thought it was an insurgency, and if it had been, I was reaching for my belt,'" she says.

By "belt," she meant a suicide belt or vest that she would detonate if needed. "It shows that they've been trained that, in case of an emergency, they should carry out a suicide attack," Saltman says.

She points out that these women come from diverse backgrounds, but, in general, the women are young and tend to be either second- or third-generation immigrants or converts who don't have a Muslim background. Many come from the UK and France, though there are cases from Australia and New Zealand, as well.

Contrary to some other jihadist groups, ISIS allows its members to be active online. That gives researchers like Saltman a glimpse into the lives of these women, but the social posts are not just diaries.

"We see women saying, 'You know, if you're not able to come and join us in this Islamic State, then carry out acts of terror at home,'" Saltman says. And that may be one way these women can join the fight.