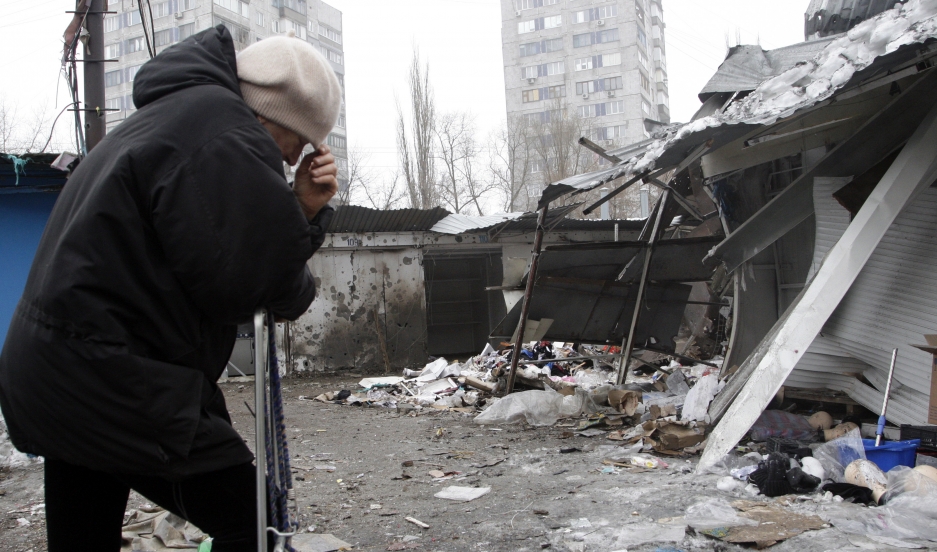 A woman reacts as she stands at a market that, according to locals, was recently damaged by shelling in Donetsk.

The crisis in Ukraine has been on a slow boil in recent weeks, but fighting between Russian-backed rebels and Ukrainian troops is heating up,

"The Russian backed-separatists are on the offensive in a number of places," says David Stern of the BBC. "We've had fighting around the Donetsk airport, attacks and shelling on other places. The Ukrainians are accusing the Russians of sending regular military men and arms across the border. If it is true, this is a significant escalation."

The fighting has trapped local residents in a crossfire of artillery. "Both sides, apparently, are shelling civilian areas," Stern says. "The rebels have also been firing from civilian centers, so they've been drawing responding fire from the government troops. The civilian toll is rising — deaths as well as wounded. There are talks about a steady stream of people trying to escape the area, and obviously that is one of the main concerns."

Violence in eastern Ukraine subsided after the two sides agreed to a tenative peace deal in September. They've even occasionally exchanged prisoners. But "it was never a complete truce," Stern says, and the ceasefire "was really not observed. But it's difficult to say why this is happening at this very moment."

And yet, Stern says, "this is far from over."