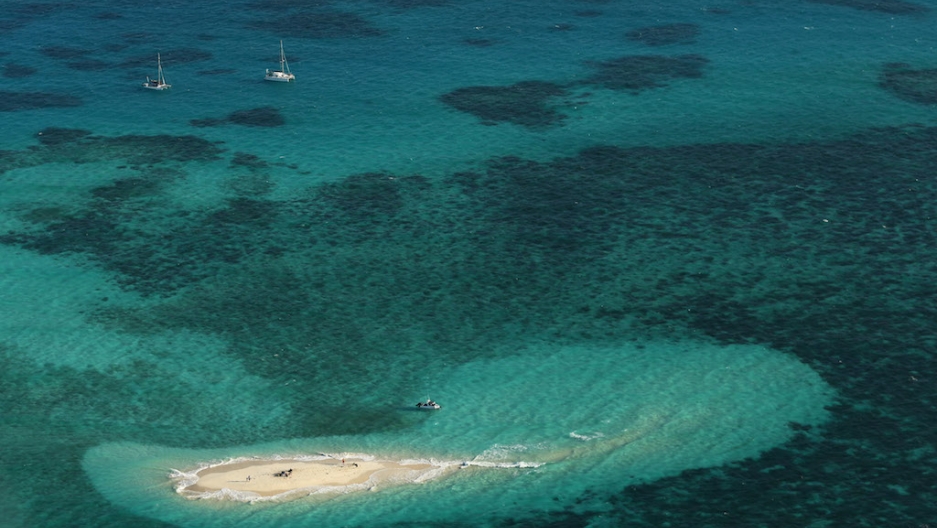 An aerial view of Vlassof Cay in the Great Barrier Reef is seen on Nov. 14, 2012 in Cairns, Australia
Credit: Mark Kolbe
Share

If you've dreamt of seeing the Amazon rainforest with your own eyes, you better start planning that trip soon.

Many of the world's most spectacular natural wonders are disappearing with devastating speed. Entire ecosystems, habitats and species that have existed for many thousands and in some cases millions of years could disappear in a little as a few decades, thanks to the destructive greed and consumption of one culprit: us.

Humans have burned, cut down, poisoned and torn their way through nature’s resources and treasures at a much faster rate than the Earth can sustain. According to the latest Living Planet report, released by the World Wildlife Fund, humanity continues to consume natural resources at an alarming rate. The report says that our demands for the past 40 years have far exceeded what the Earth can replenish.

At the rate we're going, climate change, deforestation, mining, illegal consumption and even war could ensure that our grandchildren never see some of these natural wonders. And we might not just have to worry about the Earth's beautiful places and animals disappearing: In a new paper published by the journal Science, a group of scientists concluded that human activities "are destabilizing the global environment."

In other words: We're in big trouble unless something changes.

Here are some of the natural wonders of the world that have been endangered and damaged by humans:

The Everglades National Park's fragile wetlands are home to a large number of birds, reptiles, water habitants, and threatened species. The Florida park is a UNESCO World Heritage site, and since 2010 UNESCO has included it in its list of endangered sites.

Encroaching urban development, reduced water flow and pollution from farms have destroyed more than half of the original Everglades and continue to endanger the habitat with further decline.

As the world’s largest tropical rainforest, the Amazon is home to millions of rare animal and plant species, one-fifth of the world’s fresh water and more than 30 million people, including 350 indigenous groups.

But its breathtaking splendors are being threatened by a host of problems, including illegal logging, drought, soil erosion, water contamination, and, of course, old-fashioned climate change. Antonio Nobre, a researcher for Brazil's Earth System Science Center, has warned that both illegal logging and burning the forest to make way for agriculture are threatening its ability to regulate climate.

An estimated 20 percent of the forest is now clear, and Nobre warns that reaching 40 percent could turn the famed rainforest into an "Amazon savannah."

Ending deforestation in the Amazon is one step toward saving it, but even if that ended overnight, various rare species will still slowly die out as the loss of habitat continues to take its enormous toll on the region.

Abundant in natural resources, the Congo Basin lost about 700,000 hectares of forest per year from 2000-2010, according to the UN Food and Agriculture Organization.

Climate change has also taken a toll on the world’s tallest summit, Mount Everest, resulting in a decrease in glaciers by 13 percent over the past 50 years, and the snowline shifting upward by several hundred feet.

The temperate in the Everest region has also increased by slightly more than 1 degree Fahrenheit. While this change may seem miniscule, even small increases in temperate can have devastating consequences, including melting glaciers leading to flooding, rock slides and avalanches that could further alter the snow-covered landscape and ecosystem.

Known for its low elevation, salted waters and the cornucopia of natural beauty products made from its raw, nutrient-rich minerals, the Dead Sea has been known by many names throughout history, including al-Bahr al-Mayyit in Arabic, Yam Hamelach in Hebrew, Bahr Lot and Lot’s Sea.

Sadly, this historically significant natural wonder is yet another victim of human greed.

Neighboring countries continue to tap into the Jordan River — the sea's sole source — for farming, agriculture and agricultural purposes, depleting the sea at a rapid rate. Pairing that with the extraction of minerals for potash and cosmetics companies, the Dead Sea’s decline has only hastened. This continual pressure on the Dead Sea has resulted in its recession from the shore, the creation of dangerous sinkholes and its shrinking by more than 3 feet a year.

Larger than the United Kingdom and Ireland combined, Australia’s Great Barrier Reef is the largest coral reef ecosystem in the world and home to more than 1,500 species of fish, one-third of the world’s soft corals, 411 types of hard coral and a vibrant marine life.

Marine scientists have warned that climate change will cause “irreversible damage” to this iconic heritage site by 2030 unless immediate action is taken. University of Queensland reef researcher Ove Hoegh-Guldberg told the Guardian “it is highly unlikely that coral reefs will survive” if the current average global temperatures continue at what he called the "business as usual" pace of hitting 4 degrees Celcius above preindustrial levels.

“Even under the best-case scenario of 2C, corals disappear,” said Hoegh-Guldberg. “But with business as usual, it’s game over.”

Included in UNESCO’s World Heritage List and the List of World Heritage in Danger, the fragile yet beautiful Bamiyan Valley in Afghanistan continues to bear the scars of the country’s lengthy war.

Sadly, the valley has suffered the brunt of military action with parts of it abandoned and others parts inaccessible due to the presence of antipersonnel mines.

More from GlobalPost: 10 most irreplaceable ecosystems on Earth