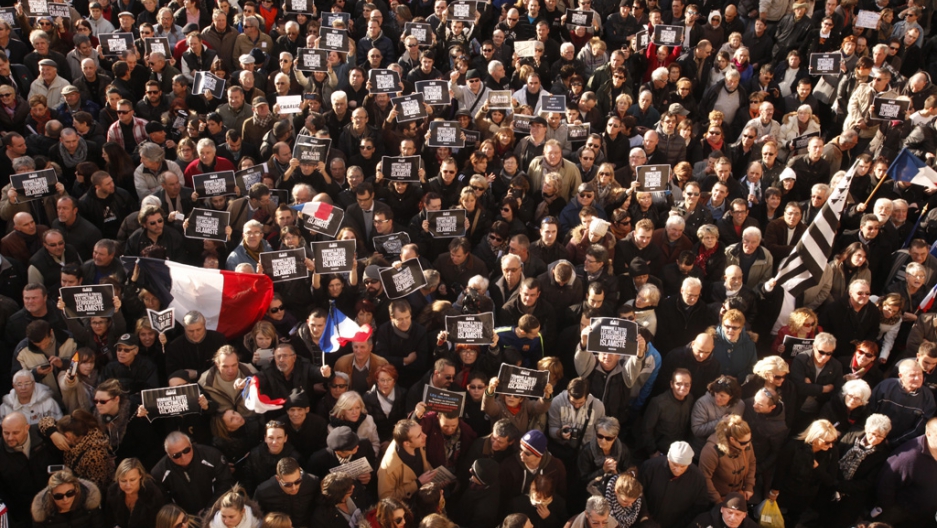 In the wake of attacks against French satirical publication Charlie Hebdo, Western leaders are literally joining hands in defense of free speech. Strangely, some of the same governments are ramping up efforts to place new restrictions on what they consider hate speech and placing new regulations on the use of encryption in digital communication.

David Cameron has come under fire by privacy advocates recently after expressing concerns over the use of strong encryption by UK citizens. Using the Paris attacks as justification, Cameron is demanding the British government be given a way to circumvent encryption so that no message is undecipherable.

“The attacks in Paris demonstrated the scale of the threat that we face and the need to have robust powers through our intelligence and security agencies in order to keep our people safe,” Cameron said in an event last week.

Alongside US President Barack Obama on Friday, Cameron stated again that no means of communication should be impossible to monitor. Dismissing the idea that British authorities are looking for “backdoors” into encrypted internet traffic and communication, he asserted that surveillance will take place within an acceptable framework laid out by the law.

“We believe in very clear front doors through legal processes that should help to keep our countries safe,” he said.

Critics argue that encryption is important. It doesn’t just create a “safe haven” for terrorists to communicate, it protects yottabytes of data from malicious criminals and defends billions of end users from the theft of valuable personal information that is often sold on the open market to the highest bidder.

After causing a car accident on Jan. 11, a very drunk 34-year-old French man stumbled onto the street and praised the acts of the Paris gunmen. The man was sentenced to four years in prison under a new law French authorities are using to crack down on speech supporting terrorism.

According to the New York Times, a notice from the French Ministry of Justice directed prosecutors to aggressively use a law passed last November that allows for a prison sentence of up to seven years for verbally supporting terrorism.

Controversial French comedian Dieudonné M’bala M’bala was also arrested and charged under the law for a Facebook post he made following the attacks in Paris.

“Tonight, as far as I’m concerned, I feel like Charlie Coulibaly,” the post read, referencing the slogan “Je suis Charlie” that had then began gaining popularity on social media as an expression of solidarity with the victims of the shootings. M’bala M’bala has been arrested in the past for controversial statements that many considered to be anti-Semitic hate speech which is illegal under French law.

While often the home of some of the world’s most biting social satire, French laws regarding hate speech, which include a ban on Holocaust denial, are some of the strictest in Europe.

US President Barack Obama delivers his victory speech after being reelected for a second term, Nov. 6, 2012 in Chicago.

Joining David Cameron in calls for more robust surveillance of online communications, US President Barack Obama carefully expressed a desire to work with American corporations to monitor online communication methods suspected of being used by terrorists.

Speaking alongside Cameron on Friday, Obama reiterated his commitment to keeping an eye on potential terrorists using the internet to communicate.

“We’ve been in dialogue with companies and have systematically worked through ways in which we can meet legitimate privacy concerns but also meet the very real concerns that David’s [Cameron] identified and my FBI director [James] Comey identified. Social media and the internet is the primary way in which these terrorist organizations are communicating,” he said on Friday.

Pope Francis arrives at the University of Santo Tomas in Manila, Jan. 18, 2015.

Pope Francis weighed in on the ongoing free speech debate while traveling from Sri Lanka to Manila on Wednesday. Far from turning the other cheek, the pontiff likened insults hurled towards religion to speaking ill of one’s mother.

“One cannot react violently, but if [someone] says something bad about my mother, he can expect a punch. It’s to be expected,” he said. “There are a lot of people who speak badly about other religions. They make fun of them. What happens is what happens with my friend [who insults my mother]. There is a limit.”

During his tenure as pope, Francis has stirred up controversy within the church, breaking with traditional Catholic doctrine regarding homosexuality and birth control among a host of other issues. However believers feel about Pope Francis’ controversial statements, they better not talk about his mama.

5. Basically all of Europe

Leading up to a large solidarity march that took place in Paris on Jan. 11, 12 European ministers of interior from France, Germany, Latvia, Austria, Belgium, Denmark, Spain, Italy, the Netherlands, Poland, the UK and Sweden issued a joint statement condemning the Charlie Hebdo and Kosher market attacks and called on internet service providers to report and censor online material "that aims to incite hatred and terror."

“We are concerned at the increasingly frequent use of the internet to fuel hatred and violence,” read the statement. “With this in mind, the partnership of the major internet providers is essential to create the conditions of a swift reporting of material that aims to incite hatred and terror and the condition of its removing, where appropriate/possible.”

The statement did not elaborate further on what would constitute “hatred” or “terror.” Should any laws be enacted in accord with the statement, ISPs would be left to make that determination on their own.

Maybe that includes Gamergate? Would the ban extend to violent sports like football and rugby? How would awesome hardcore bands like this hope to have any web presence at all?