A few weeks ago, Hana Baba, a radio reporter for KALW in San Francisco, posted an article in the Global Nation Exchange Facebook group that triggered a long discussion about racial identity in the US.

Do African immigrants in the US identify as Black? African American? Do they hyphenate, e.g. Nigerian-American?

The identity crisis is all too familiar to Peres Owino, a Kenyan American film director based in California. Growing up in Kenya, she read only a small paragraph about the enslavement of Africans in school. 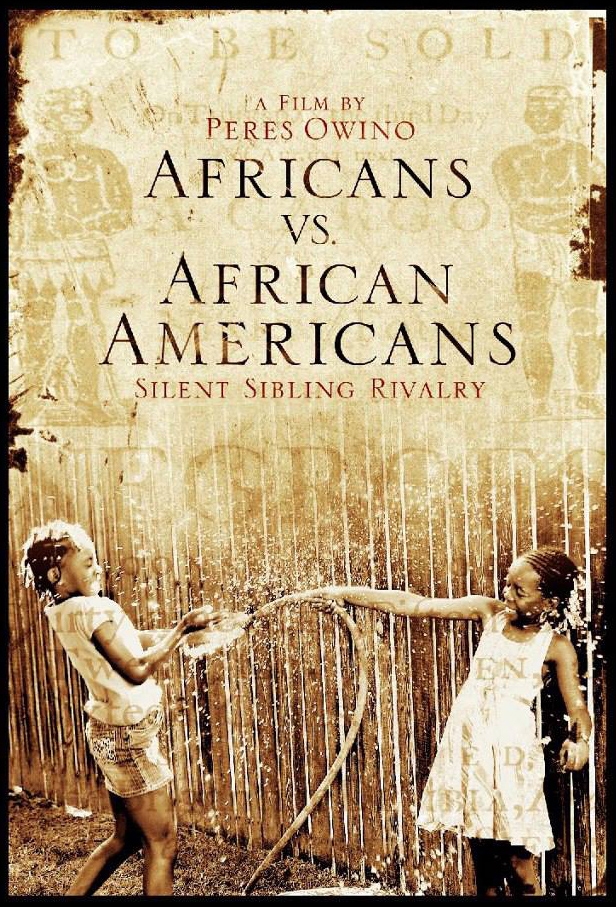 "Bound: Africans vs African Americans, Silent Sibling Rivaliry" will be released digitally later this year on iTunes and Google Play.

"It was the first time I was introduced to the idea of enslaved Africans — this was, like, in 11th grade history," Owino says. "I was curious about this part of our history, and after studying a lot of it, I came to the United States and my one thing I wanted to do was to really engage African Americans."

But Owino says one man she talked to told her that he was not "African," rather "African American." Owino was told "that my people sold him," she remembers.

That struck a chord with Owino, who used this experience as the spark for her documentary, "Bound: African vs. African American." The film brings together African Americans and Africans in a dialogue about how they identify, their misconceptions of one another and what this means in a country that calls itself a melting pot.

While studying at the University of Wisconsin-Green Bay, Owino says African immigrants and African Americans were often grouped into the same "black" organization, and healthy dialogues were the result. "Of course, when you come out of that university context and out into the real world, then the problem is more magnified," she says.

Owino says her film exposes a lack of education among both African immigrants and African Americans.

"One of the things we noticed — which I thought was very sad, but I also thought was very eye opening — was the fact that we did not know each other's history," Owino says. "Growing up in Kenya, we learned the European history because of the colonialism aspect, but we never seriously learned the history of African people outside of Africa."

She sees similar gaps in how African Americans view and learn about Africans. "You come here to the United States and you have this very little understanding of colonialism and what happened on the continent of Africa," Owino says. "You'd have statements like 'Why are Africans so poor? There's no development. What's wrong with you people?' And then to have these two groups of people, in one room, for us to understand our historical experience — you could almost see the lightbulbs going off."

The film will be released later this year, and Owino has been nominated for an NAACP Image Award for her work. But in the meantime, how do you identify? Take our poll and see how others have responded below.

Complete this sentence: I'm an African immigrant in the US and I call myself____.