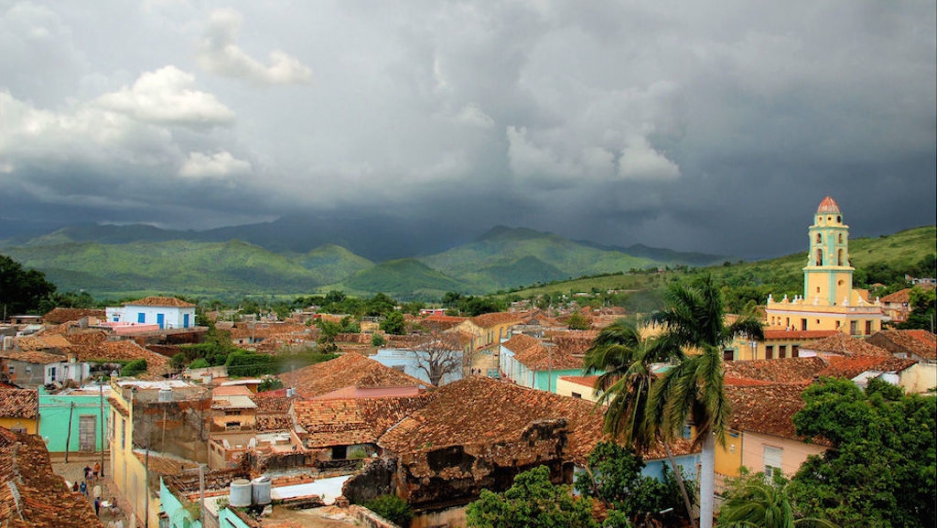 MEXICO CITY — The administration of President Barack Obama announced earlier this year that after half a century of restrictions, Americans are finally free to go to the Caribbean island of Cuba without having to ask for permission.

You might think the new rules, which will took effect as part of a historic shift in Cuba policy under Obama, are a little confusing. They could be deliberately so. The government appears to be easing the restrictions as much as possible within the bounds of the restrictive trade embargo still in place. This naturally creates a certain ambiguity.

To help steer through this fog, GlobalPost provides some pointers to help travelers going to Cuba.

Tourists look at posters for sale in Havana. That could soon be you, Americans. Click here for more photos.

Can any American go to Cuba?

Not quite. The United States Treasury has a list of reasons for which American citizens can go to Cuba. It does not include general tourism. However, the list is broad and open to interpretation. It includes religious activities, humanitarian projects, artistic performances, journalism, academic work, and family visits. You will no longer need to obtain permission from the Treasury for this trip, so it is up to you to decide if you qualify.

Do I need to take stacks of cash?

No. A major change is that US credit and debit cards will work in Cuba. The practice of taking bundles of bills in your socks should be over. But Elmer Castillo, who organizes trips through In Touch With Cuba, warns it could take some time for the ATM machines to actually begin working. “The bank in Cuba needs to sign agreements with the bank in America and agree on the terms, which could take a while,” Castillo says.

What do I need from the Cuban government?

The Cuban government provides US citizens with a permit for their visit at a cost of $75 from an office in Washington. Travel agencies are allowed to help visitors obtain these agreements, and they can also do so without the Treasury’s special permission.

Where do the flights leave from?

Flights to Havana currently leave from Miami and Tampa — and now New York. JetBlue this week announced that starting July 3, they will offer flights from New York to Cuba. However, they are charter flights, which are normally booked through the special agencies organizing Cuba travel.

Can I bring cigars and rum back from Cuba?

A little. The new rules allow US visitors to Cuba to bring back $400 in souvenirs, but that includes just $100 worth of tobacco and alcohol at Cuban prices.

How long will these new rules last?

It is difficult to gauge, but anticipate more changes. The Treasury is expected to issue more thorough guidelines on how these new rules will work. The real shift would be for the US government to actually end the trade embargo law. This would need a vote in Congress. While some prominent Republicans have said they are against ending it, others could support the president. Watch for that battle soon.