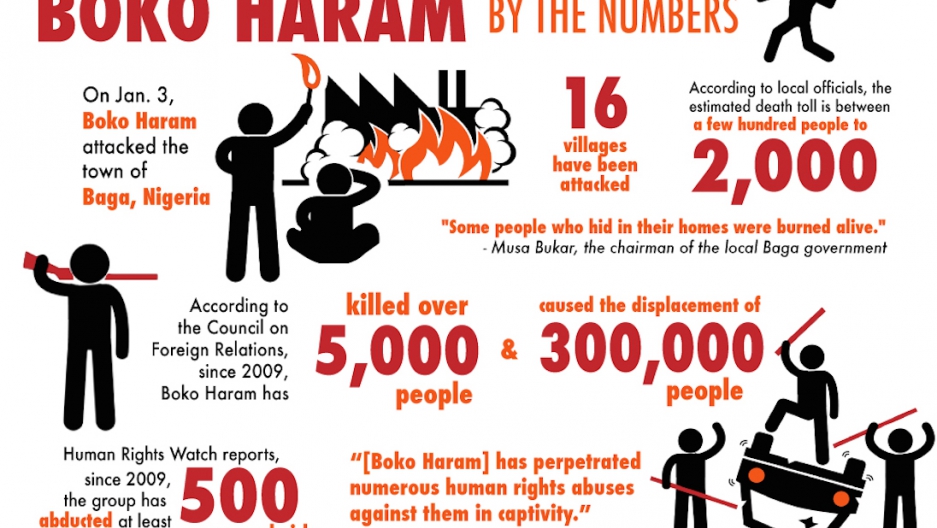 Last week, Boko Haram carried out a devastating attack on a Nigerian fishing town, Baga, leaving between hundreds and 2,000 dead, according to local officials.

It's the group's "deadliest" attack since the start of its bloody campaign to establish a so-called Islamic caliphate, according to rights groups.

Last year, the world's eyes were trained on the group when it kidnapped hundreds of schoolgirls from Chibok. But global attention to last week’s tragedy was swallowed by media coverage of the aftermath of deadly attacks by gunmen reportedly linked to Al Qaeda on the offices of French satirical magazine Charlie Hebdo.

"If reports that the town was largely razed to the ground and that hundreds or even as many as 2,000 civilians were killed are true, this marks a disturbing and bloody escalation of Boko Haram’s ongoing onslaught against the civilian population,” said Daniel Eyre, Nigeria researcher for Amnesty International.

More from GlobalPost: Since #BringBackOurGirls, Boko Haram has only gotten stronger

While Nigerian President Goodluck Jonathan was one of the world leaders lending support to the victims of the attacks in Paris, some were quick to point out that he was simultaneously silent about the attack in Baga.

The Nigerian president has been criticized for failure to address the group's continued violence.

Boko Haram, initially established in 2003, has been responsible for a long list of strife and violence in Nigeria and its neighbors.

The graphic above shows that the group's display of brutality in Baga is part of a long list of horrors that it's carried out.