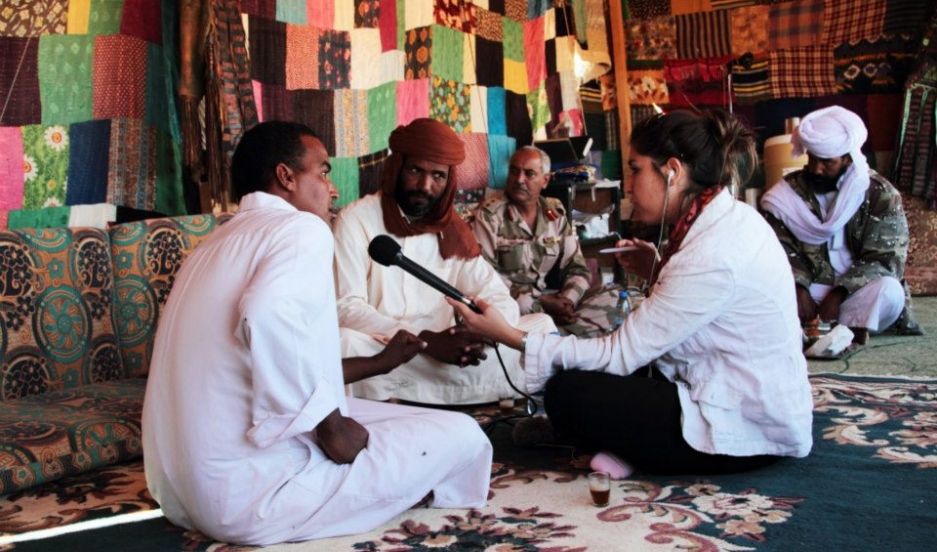 Marine Olivesi reports in Libya in 2012.

I've never bought Charlie Hebdo. But growing up in France, there was always a copy of the latest issue somewhere in the house courtesy of my dad, a big fan of the satirical magazine.

I've had some heated discussions with him over the years about the value of some of their cartoons, and my reservations grew stronger as I started working in the Middle East.

As a journalist there, my approach is always to keep a low profile: Dress modestly, try to blend in, do no harm. Charlie Hebdo had a different mission. Their brand of work was loud, provocative, in-your-face.

I didn't agree with some of their cartoons, and didn't find them all funny. While arguing with my dad, I was always on the "manage sensitivities" side of the argument.

But whenever I talked to Arab friends in Libya and Syria, I found myself on the Charlie Hebdo/freedom-of-the-press side of it. (We didn't discuss Charlie Hebdo per se, but I did talk about the 2005 cartoons of the Prophet Muhammad, which Charlie Hebdo reprinted at the time.)

Not that I’m contrarian, but I like trying to bring people to see the other side of an argument. And I’m as much a product of my French upbringing as I am of the last four years I've spent living and working in the Middle East.

Strangely enough, though, the attacks somewhat reconciled both sides of the argument. Yes, my Facebook feed was full of posts condemning the attack, only to start the next line with a “but.”

But I also received messages from Libyan and Syrian friends telling me just how sorry they are. They might not like the cartoons, but that was beside the point. They weren't in the mood for an argument. For many of them, the madness of the violence carried out by radical extremists was too sadly familiar.

Journalists have been killed at point blank in Benghazi and beheaded in Raqqa, turning the victims into household names for a brief while. But in Charlie Hebdo’s case, it was their work that became a global sensation.

“If it wasn’t for the attack, I would never have seen those cartoons,” wrote a Libyan friend. “The idiots who carried it out just made them more popular.”

I asked my dad to buy me a few copies of tomorrow's historic issue, set to sell more than a million copies. Who knows? Some of my friends might want one — for provocation's sake.