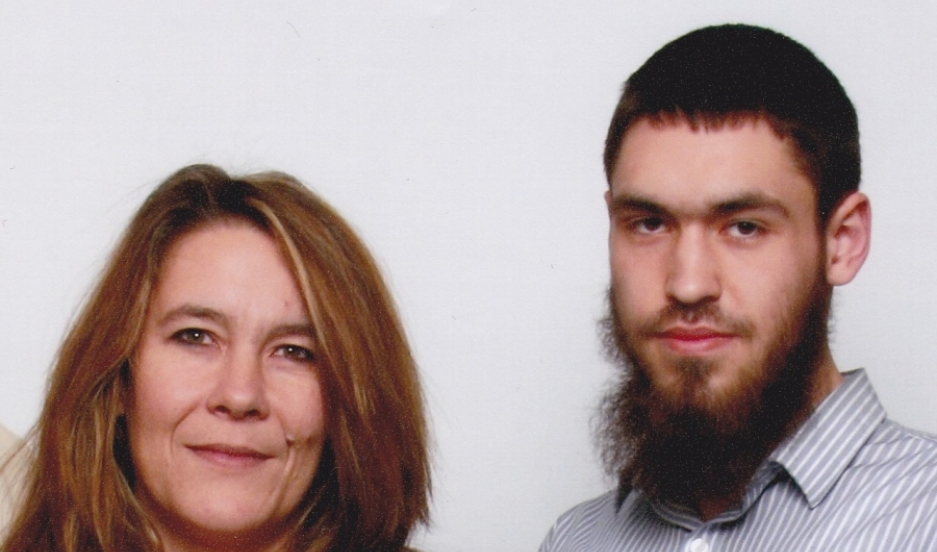 Christianne Boudreau and her son Damian Clairmont who died fighting for an extremist group in Syria.

Damian Clairmont seemed to be a well-adjusted, happy-go-lucky kid growing up in Canada. In his teenage years he battled depression, and even tried to take his own life. Although his mother Christianne Boudreau had brought him up as a Christian, she liked the changes she saw when he started attending a prayer service at a local mosque when he was 17 years old.

"What he explained with the Islamic faith is that the Koran spoke to him. He could feel some truth in it. And I was completely open to that because I told him when he was young, it's going to be a matter of personal choice, it has to be something that's right for you," Boudreau says.

But after Clairmont began attending a new Calgary mosque, his mother says he started drifting away from the family.

"He just seemed to get agitated.  He said the Western world wasn't doing enough for those suffering in the Middle East," Boudreau says. "He wouldn't come to the table if we had a bottle of wine, so he was no longer respecting our ways of life."

It wasn't long after Clairmont's 21st birthday, that he told his mother he was leaving for Egypt where he planned to study linguistics. When Boudreau talked to her son on the telephone she believed he was in Cairo. But three months later, the Canadian Security Intelligence Service came knocking at her door. Intelligence agents told her they had been watching her son for almost two years and that they suspected he had gone to Syria to fight with an extremist group.

Boudreau's son had indeed joined a jihadi group called Jabat al-Nusura. Sometime later he would drop that affiliation and fight for the so-called Islamic State, also known as ISIS. In January of last year, she received a text from individuals affiliated with ISIS who told her that her son had been killed fighting near Aleppo, Syria.

Initially, the news devastated Boudreau. But during the past year she's reached out to other families who've also lost their children to jihadi groups. Boudreau created an education program with the Institute for Strategic Dialogue.  She also works with the Institute's AVE Network (Against Violent Extremism) which can be found on their website.  Boudreau traveled to Vienna, where she collaborated with a group called Women Without Borders which urged youth to begin discussing extremism in classroom settings.  She's also worked with a German group called Hayat dedicated to helping families de-radicalize their children who are working inside jihadi groups.

Boudreau is determined to make sure other parents don't have to experience what she went through.

"This is my child.  A piece of me died with him," she says.  "I'm just trying to figure out the best way I can turn his memory into a positive one."