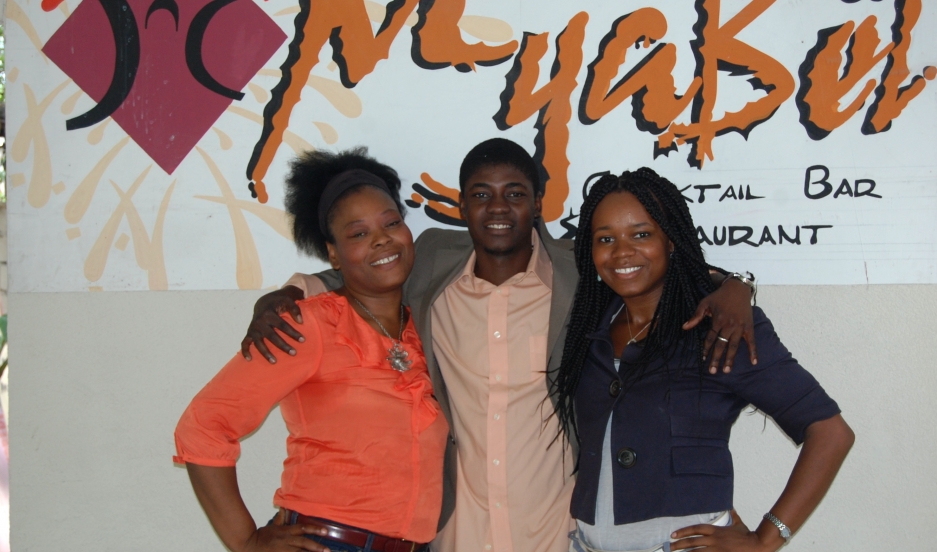 Regine Theodat’s restaurant in Croix-des-Bouquets, Haiti serves 20 cocktails with regionally inspired names.  Try the Carrefour Chada, named for a bustling intersection, which she calls “a very busy cocktail, made with fresh fruits soaked in white wine.”

But Theodat, born to Haitian parents in Cambridge, Massachusetts, did not come to Haiti to sell drinks.  She’s an attorney. And when she first arrived in 2010, it was to work as a human rights advocate, helping Haitians displaced by the earthquake to gain access to sanitation, housing, and voting rights. ‘For them,’ she says, ‘the earthquake was devastating. It ruined their lives. They’d lost everything.’

Theodat saw the earthquake in broader terms. “It shined light on what I always call the 'man-made problem of Haiti.'  Haiti was missing a lot, structurally. This realization made me move from human rights (work) to development."

Theodat sees opportunity in post-earthquake Haiti - and a serious challenge. "We're at the point where we either move forward, or we don't (move) at all.”  Now as the national coordinator for a charity there, the Vincentian Family Haiti Initiative, Theodat oversees projects that make use of Haiti’s own resources to provide local employment.

One Vincentian initiative, a nine-acre tilapia farm in Haiti’s Central Plateau, is projected to create five full-time positions and dozens of seasonal jobs when the fish are harvested. “And on top of that,” Theodat observes, “the profits from this fish farm can be used to create social programs that will help people that have been living in poverty so long, and develop some of the things that are lost - like soft skills, basic life skills, budgeting, managing children, managing the house, (and) sending your kids to school."

And about those cocktails.  In 2012, Theodat opened her restaurant and cocktail bar, Myabèl, with two partners who share family roots in the region around Croix-des-Bouquets. “I'm a big cocktail person,” Theodat says, “and when I first came to Haiti it was really hard for me to find cocktails.  And I thought it was really strange, because there are so many unbelievably delicious naturally growing fruits here.  Just to have a mango that's ripened in its appropriate environment completely changes the taste." 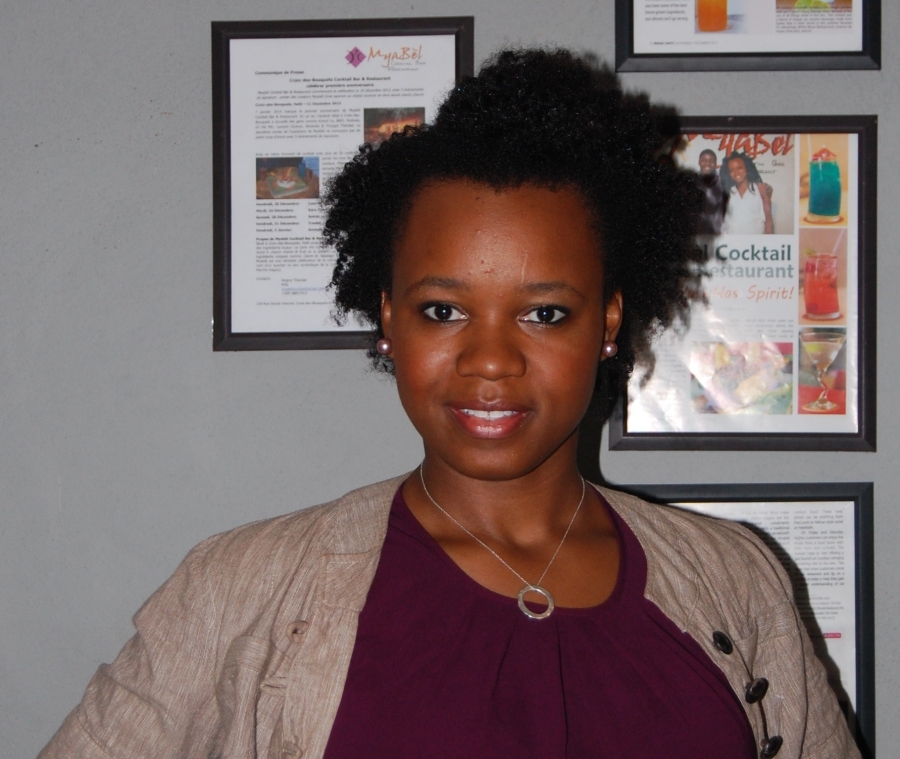 Theodat sees her cocktail menu (below) as more than a clever business move. “We’re promoting these locally grown, locally produced artisanal cocktails and at the same time it allows us to show what's special about Haiti.”

In 2010, attorney Regine Theodat thought she would stay in Haiti for a few months. Five years on, entrepreneur Regine Theodat says she's in for the long haul. “My story is not unique,” she says. “I can think of dozens of other Haitian diaspora doing similar projects that are entrepreneurial in their base, but really connect with agriculture.”