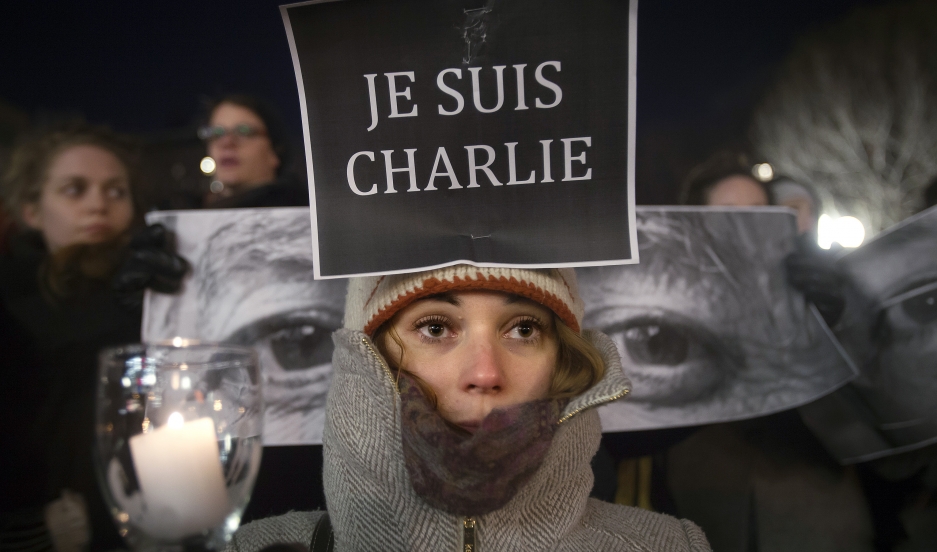 #JeSuisCharlie exploded on social media on Wednesday in support of the murdered journalists at Charlie Hebdo.

But while people across the world are aligning themselves with the French satirical publication, these are the reasons they shouldn't:

"The spontaneous outpouring of the #JeSuisCharlie hashtags also elides over the really thorny issue of free speech,'' writes Sandip Roy at FirstPost.com. "While we want free speech to be absolute, in the real world, it is not. And even as we stand with Charlie Hebdo we cannot pretend not to understand that."

"Much of Europe, which, as a political entity, is not fully grappling with the totalitarian madness of Islamism, is not Charlie,'' writes Jeffrey Goldberg of The Atlantic. "Certainly much of journalism is not Charlie. Any outlet that censors Charlie Hebdo cartoons out of fear of Islamist reprisal is not Charlie. To publish the cartoons now is a necessary, but only moderately brave, act."

"This is not in the slightest to condone the murderers, who must be caught and punished, or to suggest that freedom of expression should not extend to satirical portrayals of religion,'' begins Tony Barber of the Financial Times. Then he drops the hammer: "It is merely to say that some common sense would be useful at publications such as Charlie Hebdo, and Denmark’s Jyllands-Posten, which purport to strike a blow for freedom when they provoke Muslims, but are actually just being stupid.”

4. He already was Charlie.

Novelist Salman Rushdie, who lived in hiding for years after an Iranian fatwa against him, had this to say: “Religion, a mediaeval[sic] form of unreason, when combined with modern weaponry becomes a real threat to our freedoms. ... This religious totalitarianism has caused a deadly mutation in the heart of Islam and we see the tragic consequences in Paris today.''

Like Roy, the "Satanic Verses'' author shows solidarity with the embattled French satiric publication. “I stand with Charlie Hebdo, as we all must, to defend the art of satire, which has always been a force for liberty and against tyranny, dishonesty and stupidity.”

5. Why be Charlie? Charlie was just a convenient bystander.

Academic Juan Cole argues the attack was intended to bait the French into attacking the most secular group of Muslims in Europe, to push them toward fundamentalism. "Al-Qaeda wants to mentally colonize French Muslims, but faces a wall of disinterest," Cole writes. "But if it can get non-Muslim French to be beastly to ethnic Muslims on the grounds that they are Muslims, it can start creating a common political identity around grievance against discrimination."