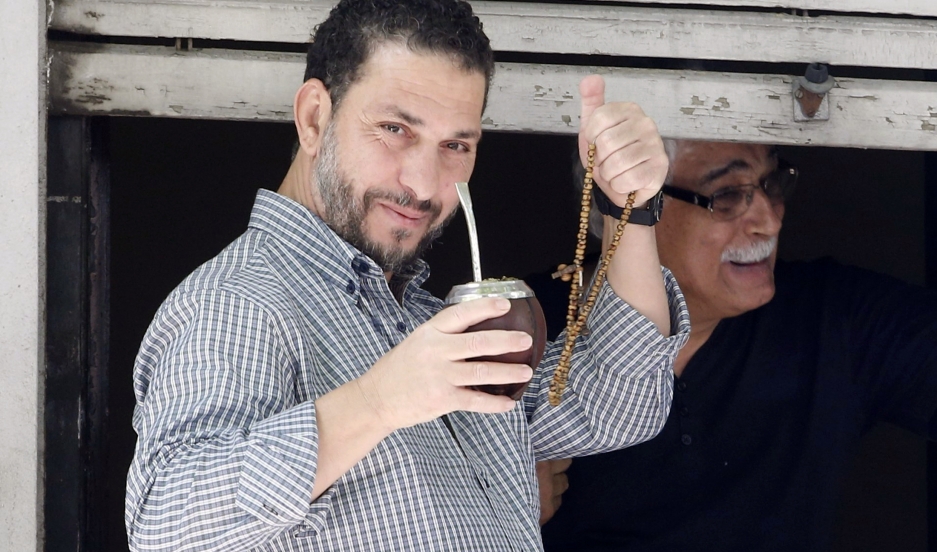 Many of the cells at Guantanamo Bay detention center in Cuba are empty these days, now that the White House has picked up the pace of detainee releases. But that doesn't mean President Barack Obama is any closer to his stated goal of closing Gitmo's doors, according to Miami Herald correspondent Carol Rosenberg.

"The only way this president shuts down that detention center is by moving some of the detainees to US soil," Rosenberg says. "And as we know, Congress won't allow it."

The US Congress has passed legislation prohibiting any of those imprisoned at Guantanamo, including the "forever prisoners," from being transferred to US soil. Detainees considered too dangerous ever to leave the prison include those accused of participating in the 9/11 attacks and an individual on trial in the 2000 bombing of the USS Cole.

"The structure that [President George W.] Bush created and that Obama has reformed but endorsed allows for indefinite detention in this indefinite war on terror," Rosenberg says. "So there are men that if they leave Guantanamo, it must be to US lockups."

At its peak, the Guantanamo detention center held 680 prisoners. Today, there are only 127 left. The US has released some three dozen Guantanamo inmates in recent months. And more could follow.

With Republicans now in control of the US Congress, the White House will be hard-pressed to broker a deal to transfer the remaining prisoners to high-security facilities on the US mainland. However they might have one unusual ally in the effort. Repubican Sen. John McCain is the new chairman of the Senate Armed Services Committee. When McCain ran for president in 2008, he too vowed to close the detention center at Guantanamo.

"Can President Obama find some sort of a formula that will satisfy Sen. McCain in order to find the way to move the people who can't be released to US soil?" Rosenberg asks.

Too soon to say, but she says the current flurry of releases can be traced back to the hunger strike at Guantanamo two years ago.

"It caught the president's attention and it energized the administration effort to get people out of there," she says.

The current releases are a gamble for the White House. Former Guantanamo detainees have returned to the battlefield after being freed, becoming leaders of al-Qaeda, the Taliban and ISIS. One reportedly became a suicide bomber in Iraq. Rosenberg says most of the former detainees who became jihadis after serving time in Gitmo were freed during the administration of George W. Bush, when many were released to Saudi Arabia.

Next Sunday will mark Guantanamo's 13th year as a prison for suspected extremists. Rosenberg was at the facility when the first planeload of 20 detainees arrived in 2002.

"They were described as the worst-of-the-worst," she remembers.

Today, all but 8 of those original 20 men have been released. Only three are considered "forever prisoners." The rest are eligible for transfer.

"What we've learned is that the further we get away from that first day, the more we understand that we weren't very good at profiling the people who we brought to Guantanamo as the worst-of-the-worst," Rosenberg says.