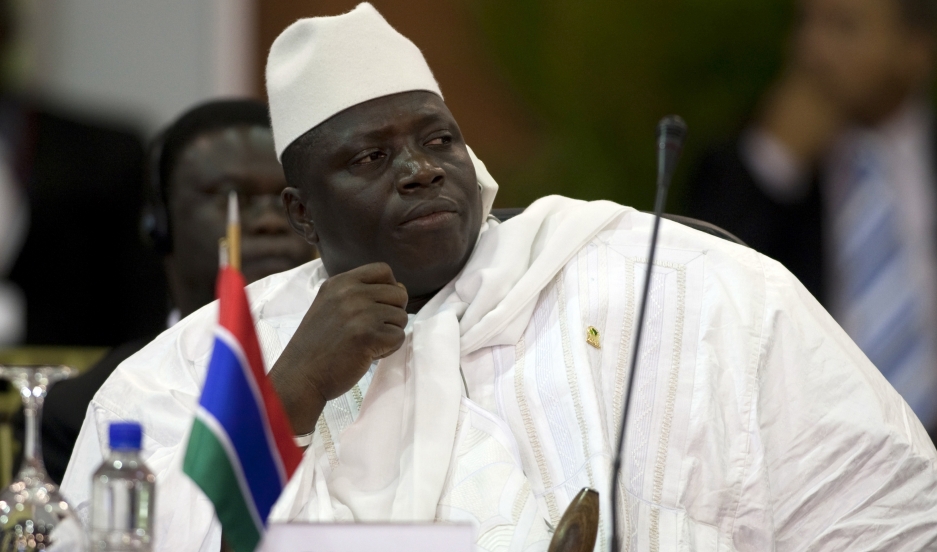 We don't think about The Gambia a lot. The small, snake-shaped West African nation is tucked literally inside of Senegal, with just a tiny coastline touching the Atlantic.

Its president, Yahya Jammeh, has ruled for 20 years with “an iron fist," says Jeffrey Smith of the Robert F. Kennedy Center for Justice and Human Rights.

It's no surprise then that a group of Gambian expatriates calling themselves the Gambian Freedom Fighters attempted to overthrow the government while Jammeh was out of the country on December 30 — the eighth such attempt during his time in office.

Like the others, the latest coup attempt wasn't successful. “From my understanding [the Gambian Freedom Fighters] did have the backing of senior military officials in the Gambia," Smith says. But when the plotters landed, "they realized very quickly that those officials had backed out and that these men were on their own."

Among them were two Gambian Americans: Cherno Njie from Texas, and Papa Faal from Minnesota. Njie and Faal traveled to The Gambia in December, but are now back in the United States and facing charges of violating the Neutrality Act, a law passed in the late 1700s that makes it illegal to attack a country at peace with the United States.

But while the United States and The Gambia are on friendly diplomatic terms, Smith says the US has been openly critical of Jammeh’s repressive reign.

Last month, Gambia was dropped from the African Growth and Opportunity Act, a trade incentive program established by the Clinton administration in 2000 to provide duty-free access for African goods to the US.

“For the United States to remove The Gambia from that list was very momentous," Smith says. "It was basically based on rampant human rights violations, including rampant torture in the country. ... Yahya Jammeh is the same president who gunned down 14 school children in 2000 who were protesting against his regime."

With all of these coups and violence in mind, do the people of Gambia support their president and his regime? Smith says it’s hard to tell.

“If you pay attention to Gambian state media you would think that people love him, because even today and yesterday they had solidarity marches through the capital. But what people don’t realize on the outside looking in is that these are forced marches,” Smith says.

He says Jammeh and his security forces round up people to march from schools and government offices, North Korea-style.

“I’ve actually often referred to it as the North Korea of Africa," Smith says. "Many people have not heard of The Gambia, but it really is a horrible, horrible dictatorship."

Just a week ago, the only independent radio station operating in the country that reports on political issues was shut down for the third time, Smith says. People have little access to information, and no rights to expression or assembly. So much so that the coup is bigger news outside of the country than it is at home.

“If you talk to an average Gambian, right now many would not even know that a coup took place," Smith says. "Many would think that it was done by outsiders, from terrorists from the United States and from Germany and from the UK."