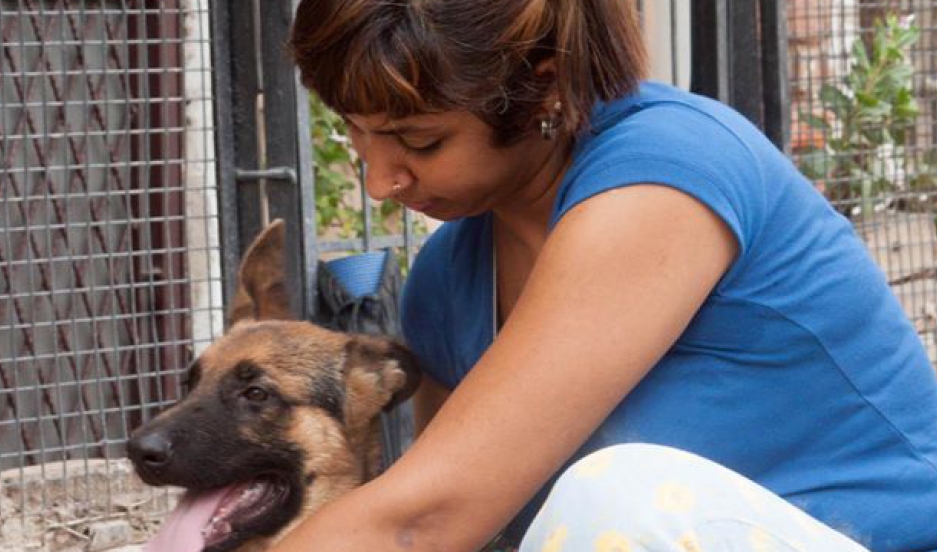 "Deepali," who lives in Delhi with her parents, was twice committed to a mental institution against her will, even though her doctor said she didn't need that kind of treatment.

Living with mental illness is never easy, no matter where in the world you live. But it can be particularly hard in India, and even more so if you’re a woman.

For Deepali, a 46-year-old yoga teacher in New Delhi, the problems began about 10 or 12 years ago. “There were financial troubles, there were definite marital troubles,” she says.

Deepali (we're using a pseudonym to protect her privacy) was married with three young sons, and running a small business. She remembers feeling overwhelmed and anxious, unable to sleep. At her parents’ suggestion, she decided to try therapy. But finding a good, qualified therapist is difficult in India — there aren’t enough trained professionals here.

She contacted a few therapists, but they weren’t very helpful. One of them gave her a label of sorts. “In 2005 or so, some therapist loosely mentioned bipolar disorder,” she says.

It wasn’t a formal diagnosis, she says. The therapist didn’t tell her what that meant, or how to manage it. “But since then, my parents and husband, they just clung on to it. 'Oh you have bipolar.'" Deepali says. "When it’s thrust on you that much, at that time I also started believing, perhaps, I have bipolar disorder.”

But more than a year later, after she had her fourth son, things came to a head when her husband was hospitalized with dengue fever.

“I was under a lot of stress,” Deepali says. “I was sort of throwing a fit or having a panic attack in the hospital, because I really thought my husband was going to die and I thought I was going to be a widow with these four children.”

She started shouting at nurses, demanding they hand over her husband’s medical file. Suddenly, the police showed up and dragged her away to a police vehicle. Deepali says they took away her phone and wallet and refused to let her call her father. She remembers them kicking and mocking her as they drove away from the hospital.

“One of the women said ‘Oh, what nice nail polish you’re wearing.’ And they were just being very facetious," Deepali says. "I was trying to say, 'You know my husband is very ill, can I speak to him?' And they would have none of it.”

They drove her to a private facility in Delhi, where the psychiatrist said he’d been told that she was bipolar. That’s when she realized her family was committing her to a mental institution. “My husband and my father agreed that this was a good time to put me away," Deepali says.

A recent Human Rights Watch report on the plight of mentally ill and disabled women in India concluded that such women are often forcefully committed, even if they're only perceived as having a mental illness.

“Women can be easily put in institutions by their relatives, by the police, without their consent,” says Kriti Sharma, the author of that report. “They’re never asked — or even told — why they’re there.”

Families sometimes feel forced to commit relatives to institutions because there are so few alternatives in Indian communities, where lack of awareness and social stigma attached to mental illness run high. But the conditions in such facilities can be horrific.

“Within these institutions, these women face a range of abuses from unsanitary conditions to neglect, to physical, verbal [and], at times, sexual violence,” Sharma says. “We even found evidence for involuntary treatment.”

Once Deepali arrived at the institution, she says she was kept in isolation for two weeks. During one of those two weeks, she was heavily sedated. She says the staff gave her strong antipsychotic drugs without explaining why.

“That’s not uncommon for women at mental institutions," Sharma says. “Once they’re within, they have no voice.” Patients can even stay locked up for life. Indian laws that date back to the Victorian era don’t give the mentally ill the right to make their own decisions.

Earlier this year, the Indian government did launch the country’s first ever mental health policy, which recognizes the rights of the mentally ill and attempts to stop discrimination against them. But how well the policy is enforced remains to be seen.

Deepali was lucky. She got out of the institution after 46 days, and finally found a good therapist at a major Delhi hospital. “He would always tell me ‘You don’t have bipolar disorder, you’re fine. You don’t need medication, you don’t need hospitalization’” Deepali says. He also put that in writing.

But the bipolar label stuck, even within her family. “Always this was kept hanging over my head that, 'You know, we can just lock you up, we can prove you’re crazy,'" she says.

Deepali’s father didn’t respond to my requests to speak with him. However, local mental health advocates told me they tried to help Deepali, but they couldn’t convince her parents she wasn’t crazy. The family even had her locked up without her consent again in 2012, but the advocates got her freed within a week.

Meanwhile, Deepali's marriage ended. Her husband filed for divorce and custody of their four sons on the grounds that she was mentally unstable. A few months after her release, he moved to the United States, taking their sons with him.

That was two years ago. These days, Deepali lives with her elderly parents. Things are better between them, but her mental health issues, real and perceived, remain a touchy topic for the family. Still, she says she’s doing much better.

“I’m sleeping fine, I’m functioning fine,” she says. “I have no panic attacks. I teach yoga, I do whatever little bit of freelance editing. I’m trying to get on with my life.”

But the stigma of having been in a mental hospital still colors her life. She’s lost friends, and many relatives avoid her. Most important, she’s lost contact with her children.

“I don’t know if they’ll ever get back in touch with me," she says. "I’ve been through my two years of grieving. I still grieve. But I don’t know how much can I cry. How much can I miss them?”

She’ll wait to see if they seek her out, but for now she's preparing to move to the UK to study creative writing. It's a chance to start a new life without the shadow of mental illness hanging over her.