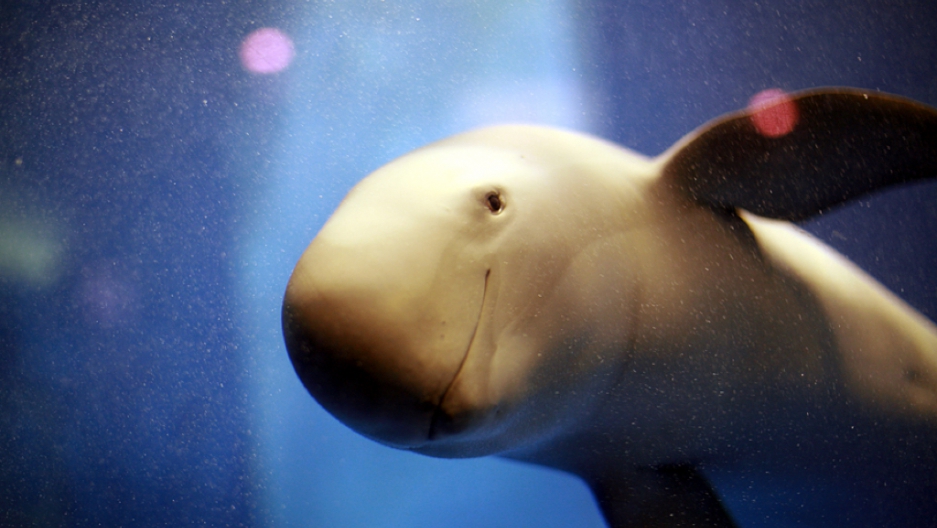 British broadcaster and naturalist Sir David Attenborough once asked: “Are we happy to suppose that our grandchildren may never be able to see an elephant except in a picture book?”

This year marked the 100th anniversary of the death of the last passenger pigeon, Martha, who managed to survive only 14 years in captivity after her species became extinct in the wild. More recently, Angalifu, a 44-year-old northern white rhinoceros, died at the San Diego Zoo, leaving just five other white rhinos worldwide, all in captivity. Chances are our grandchildren will never get to see this remarkable creature.

In fact, the world is losing dozens of species every day in what experts are calling the sixth mass extinction in Earth’s history. As many as 30 to 50 percent of all species are moving toward extinction by mid-century — and the blame sits squarely on our shoulders.

“Habitat destruction, pollution or overfishing either kills off wild creatures and plants or leaves them badly weakened,” said Derek Tittensor, a marine ecologist at the World Conservation Monitoring Centre in Cambridge. “The trouble is that in coming decades, the additional threat of worsening climate change will become more and more pronounced and could then kill off these survivors.”

About 190 nations met last month at the United Nations climate talks in Lima, Peru to discuss action needed to curb rising greenhouse gas emissions. It ended with a watered-down agreement that seems unlikely to help much in the battle against global warming.

Corruption and illegal online trafficking also threaten conservation efforts. The illegal wildlife trade is an estimated $10-billion-a-year industry. It’s the fifth largest contraband trade after narcotics, fueled by the rising demand for animals as pets, trophies, and ingredients in medicine, food and other products.

There’s no doubt that we’re facing an uphill battle against mankind’s unsustainable greed and consumption, but it’s a battle we can’t afford to lose.

“The thought of having to explain to my children that there were once tigers — real, wild tigers, out there, in the great forests of the world — but that we let them die out, because we were busy  — well, it was bad enough explaining about the Tooth Fairy, and that wasn't even my fault,” said English comedian Simon Evans.

Here are a few of the planet’s most endangered animals who we may have to say good-bye to in 2015:

Poached for its beautiful, spotted fur, the Amur Leopard is possibly the rarest and most endangered big cat in the world. Found along the border areas between the Russian Far East and northeast China, this species also faces habitat destruction and a loss of prey animals — i.e., food — due to poaching. Today, around 30 individual Amur leopards remain in the wild.

The smallest of the Asian elephants, the Sumatran elephant’s numbers have declined by an astonishing 80 percent in less than 25 years due to deforestation, habitat loss and human-elephant conflict in Sumatra. Around 2,400 to 2,800 individuals survive today.

As the most threatened of the five rhino species, Javan rhinos were killed by trophy hunters during colonial times. Since then, poachers have continued to target them for their highly prized horns, which are used in traditional Asian medicines. With just 35 individuals left in the Ujung Kulon National Park in Java, Indonesia — you can see them in the above video, shot in 2012 — this species is extremely vulnerable to extinction due to natural disasters, poaching, diseases and low genetic diversity.

The largest sea turtle species and one of the most migratory, the Leatherback turtle population has severely declined in recent years due to overharvesting, fisheries bycatch, plastic ingestion, egg poaching, habitat loss and expansion of coastal development that continues to disturb and destroy turtle nesting beaches.

Although hunting and killing of the species is illegal, western lowland gorillas continue to be killed for their meat, which is considered a delicacy, while baby gorillas are captured and kept as pets. The deadly Ebola virus has also devastated the wild ape population. In Gabon's Minkébé Forest alone, the virus killed more than 90 percent of the region’s gorilla and chimpanzee populations.

Known as the Asian unicorn, the saola is rarely seen in the wild, and none live in captivity. (The photograph above represented the first time in 14 years that a saola had been photographed in the wild.) The current population is estimated to be between a few dozen and a few hundred. Saola are hunted to supply growing demands for traditional medicine in China and food markets in Vietnam and Laos.

As the world’s most rare marine animal, the vaquita is on the brink of extinction with fewer than 100 individuals left in the world.

Found in the upper Gulf of California, one out of every five vaquita gets entangled and drowned in gillnets that are intended to catch another critically endangered species, the totoaba, whose swim bladders are illegally sold for about $4,000 a pound.

As long as this illegal international trade thrives, the vaquita population will continue to decline.

Also known as Amur tigers, Siberian tigers are the world’s largest cats, hunted for their use in traditional Chinese medicine on the black market or even as trophies.

Mountain gorillas are found in the Virunga Mountains that border Uganda, Rwanda, and the Democratic Republic of Congo, and in the Bwindi Impenetrable National Park in Uganda. Poaching, destruction of habitat, disease, and charcoal production that destroys gorilla habitat has left around 880 individuals struggling to survive.

Found in southeastern Madagascar, the greater bamboo lemur is the most endangered lemur species in Madagascar with as few as 60 believed to still exist in the wild and no more than 150 in captivity.

Climate change, illegal logging, lemur hunting and severe depletion of bamboo mean this species might not survive much longer.

Orangutan habitats in Sumatra are depleting at an astonishing rate due to forest fires, development of oil palm plantations, illegal logging and other agricultural development, posing a serious risk to this species.

Hunted for food and even captured alive to be kept as status symbols, this species is facing a downhill spiral due to inadequate law enforcement and an increase in illegal trafficking. About 7,300 individuals are left in the wild.

During colonial times, black rhinos were killed daily for their prized horns, food or just for sport. One of the oldest groups of mammals, this species is considered an important source of tourism in many African countries.

Sadly, even the most fervent conservation efforts are being hampered by habitat change and increases in poaching due to severe poverty and rising black market demand for rhino horns, particularly in Asia. Just 4,848 individuals are left in the world.

Known as the “giant panda of the water,” these clever creatures are one of the most famous species found in China’s Yangtze River, the longest river in Asia.

Due to overfishing, decrease in food supply, pollution and changing conditions caused by dams, only 1,000 to 1,800 individuals remain. The finless porpoise's close cousin, the Baiji dolphin, has already been declared functionally extinct due to human activity.