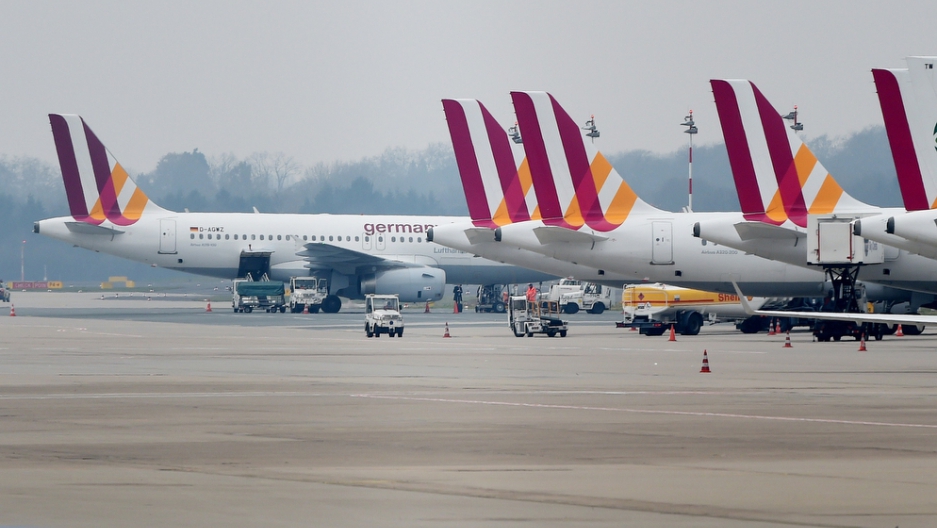 Is it still safe to fly?

That’s a question many frequent fliers are asking themselves after Germanwings Flight 9525 crashed in the French Alps on Tuesday, killing all 150 passengers and crew on board.

The crash — which investigators now suspect was intentionally caused by the plane’s co-pilot — comes after a particularly deadly year for the international aviation industry.

A total of 641 people were killed in plane crashes in 2014, more than three times the number of fatalities in the previous year and above the five-year average of 517, according to the International Air Transport Association (IATA).

The 2014 figure includes the 239 passengers and crew on Malaysia Airlines Flight 370, which disappeared between Kuala Lumpur and Beijing last March, as well as the 162 people on board Indonesia AirAsia Flight 8501, which plunged into the Java Sea in December.

The figure does not, however, count the ill-fated Malaysia Airlines Flight 17, which was carrying 298 people when it was shot down by pro-Russian separatists over eastern Ukraine. It is not classified as an accident, much like the aircrafts hijacked in the 9/11 attacks in the United States.

But the high number of fatalities belies the fact that 2014 was actually the safest year on record in the aviation industry.

The number of accidents in which the aircraft was destroyed or damaged beyond repair — otherwise known as the jet hull loss rate — was 0.23 per million flights, down from 0.41 in 2013 and the lowest in history.

“Any accident is one too many and safety is always aviation’s top priority. While aviation safety was in the headlines in 2014, the data show that flying continues to improve its safety performance,” IATA CEO Tony Tyler said.

That the last two major accidents involved budget airlines has, however, raised questions about the safety of low-cost carriers, which now account for more than 25 percent of the international aviation market.

Germanwings is the budget arm of Lufthansa and AirAsia is a no-frills carrier based in Malaysia.

“No frills and established carriers are flying exactly the same aircraft and are subject to the same standards, so there is no reason for their safety record to be worse,” an industry insider told The Telegraph.

While low-cost carriers save money by charging for food, luggage and extra legroom, that doesn’t mean they scrimp on maintenance.

“Safety is the biggest advertisement for an airline,” pilot and aviation analyst Les Abend told CNN.

And if your pilot or co-pilot decides to crash the plane, it doesn’t much matter whether you’re flying a budget airline or a luxury jet.