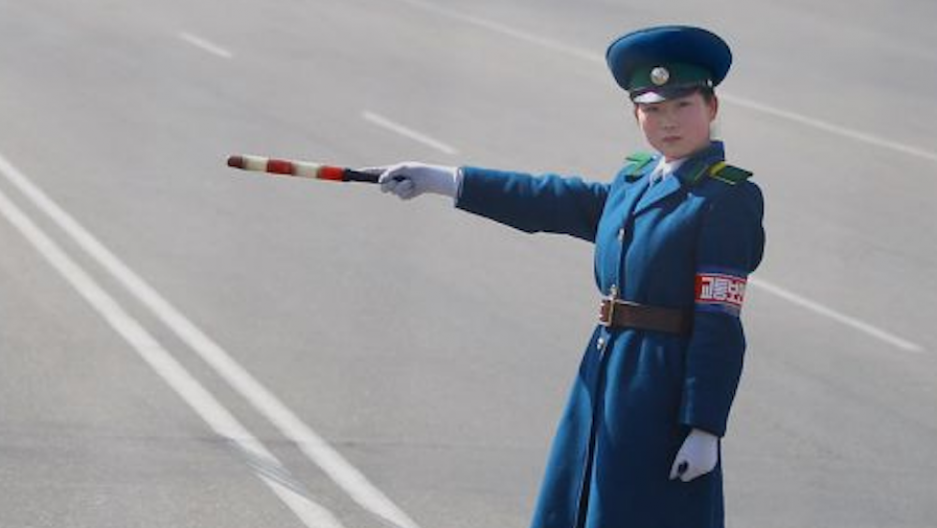 SEOUL, South Korea — When Korean American writer Suki Kim introduced the concept of an essay to her North Korean students, they were befuddled.

That’s because an essay, Kim writes, requires setting up a thesis, and then acknowledging and refuting the arguments on the other side.

No evidence, no thesis. It’s a freshman English no-brainer.

But, she argues, the concept runs completely against the spirit of the North Korean regime, which has spent decades indoctrinating its subjects. No proof is needed that Kim Il Sung, the founder of the nation, single-handedly wrote thousands of books and hundreds of operas. It’s as plain as Santa Claus.

In her memoir "Without You, There Is No Us: My Time With the Sons of North Korea’s Elite," Kim gleans these and other insights from her incredibly unusual time teaching English to the hermit kingdom’s elite children.

But her decision to publish the book has rattled both the regime and her former employer, the Pyongyang University of Science and Technology (PUST), which was set up in 2010 by a group of Korean and American Christians.

Despite changing the names and personal details to protect her students, critics say that her book could endanger the standing of a college that, they contend, is a force for good in North Korea.

And while critical thinking was a struggle for her students, other expatriates and visitors — such as former British ambassador John Everard, Australian professor Stewart Lone, and Economist correspondent Henry Tricks — have come away with a different impression of Pyongyang’s affluent class as surprisingly well-informed. (Kim would not comment on those findings, saying that others are entitled to their own experiences.)

GlobalPost asked Kim about her insights, the controversy surrounding her book, and what sparked her interest in North Korea as an American whose family once fled authoritarianism in South Korea. (The interview has been edited and condensed by GlobalPost.)

GlobalPost: The literature on North Korea usually depicts the country somewhere across a spectrum — either as a clownish place ruled by a crackpot dictator, a hellhole, or a national security threat. But coming away from your book, it’s easy to empathize and even pity your students, realizing that it’s the system that holds them down. Do you think your access in North Korea gave you a different view from other authors and journalists?

Suki Kim: Yes, it was a unique opportunity to be embedded in the country. Teaching at PUST, the only privately-run university in North Korea, offered a way to gain a deeper understanding of how the regime indoctrinates young people, especially in the upper echelon of society.

There are so few unfiltered portraits of life inside North Korea, and the little we know comes from defectors once they escape North Korea. What I glimpsed, however, came from what I witnessed and observed inside the country.

My goal was to write a book that humanizes North Koreans. I wanted to go beyond the almost comic images of the Great Leader — of a crazy man with a funny hairdo and outfits, whose hobby is threatening nuclear war. The truth is so much more dire and frightening. I wanted to help outsiders see North Koreans as real people, as people we can relate to, in the hope that readers would feel more invested in what happens to them.

Were you surprised by how your students acted? Or was this par for the course, something you’d already known from your previous visits?

I was surprised at how little freedom even the elites have. I had interviewed many defectors in the past and was familiar with their stories. My students, in contrast, were from the upper echelon of North Korean society, and I thought their lives would be far less circumscribed than those of defectors.

But even though they were privileged compared to other young people, all their movements were monitored and controlled by the government, and frequent propaganda classes ensured that there was virtually no free thinking among them — or at least little that I was aware of.

One thing I kept thinking while I was there was that there was no mercy in their world — that no one was spared except the Great Leader himself.

Since the publication of your book, PUST has accused you of breaking promises and has objected to your depiction of them as “missionaries.” How would you respond to these charges? And how did you come to the conclusion that PUST is staffed by missionaries — as opposed to teachers who happen to be Christian?

The Christian evangelicals who founded, funded, and run Pyongyang University of Science and Technology (PUST) are there at the invitation of the regime, so there is nothing in my account of them that would surprise the North Korean government.

I call them missionaries not only because they are deeply religious, but also because all that I have read and observed about President Kim and my colleagues suggests to me that their long-term goal is to convert North Koreans.

PUST has a sister school in China called YUST (Yanbian University of Science and Technology) where most of the professors are also Christian. Although they are not permitted to “witness” on campus, some have invited students home for dinner and read Bible verses with them.

The cost of building PUST has been estimated to be $35 million, and its construction and continuing operations are almost entirely funded by evangelical Christians. The result is this: evangelical Christians from the United States, South Korea, and other countries around the world bankroll the education of many of North Korea’s future leaders, the sons of the elite, in cooperation with the regime, following its strictures. In return, they gain a foothold in a nation that is, to their minds, ripe for conversion.

How did you protect the identities of your students?

I do believe that a journalist has a duty to protect anybody who could be compromised by her reporting, and I did my best to protect my students. Not only did I change their names, I blurred their identities, even when it got in the way of portraying them as unique, and uniquely lovable, individuals.

Because of this, I am confident that they cannot be individually identified. In any case, as readers of my book will see, they were not rebels but obedient servants of the regime, so I doubt the regime would find anything in their behavior to censure.

Your first book, The Interpreter, didn’t cover North Korea. What originally got you interested in the country?

I’ve been obsessed with North Korea all my life. I was born and raised in South Korea and immigrated to the US when I was 13 years old. Members of both sides of my family were taken to North Korea during the Korean War and never seen again, so I was born into that sorrow.

The theme of separation, and losing home, is something I have always been haunted by, and it is all in my first novel, The Interpreter, also, which is about the brutal murder of the heroine’s parents and her world disintegrating overnight.

I immigrated to the US when I was 13 years old. It was not my choice since I was a child. I lost my home, my country, my language. Everything I ever recognized was gone instantly. The world disappeared and I was powerless to it. That’s perhaps also why I related to the Korean division.

This was a division that the people of Korea didn’t choose since the Korean War was really a Cold War between the Superpowers. Your entire life is forever changed because of it, with a huge side effect, and that is really at the core of the Korean division.

When I first went to North Korea, I recognized that loss, and I wanted to tell the human side of that tragedy. Like my grandmother who longed for the return of her son until the day she died, that entire generation of Koreans died missing someone they loved for decades, and I wanted their sorrow to be expressed, to be requited through finding a voice somehow.

The book is as much as about the division as it is about North Korea. And through that, I wanted the readers to empathize with that human sorrow and be moved enough to do something to help North Korea today.