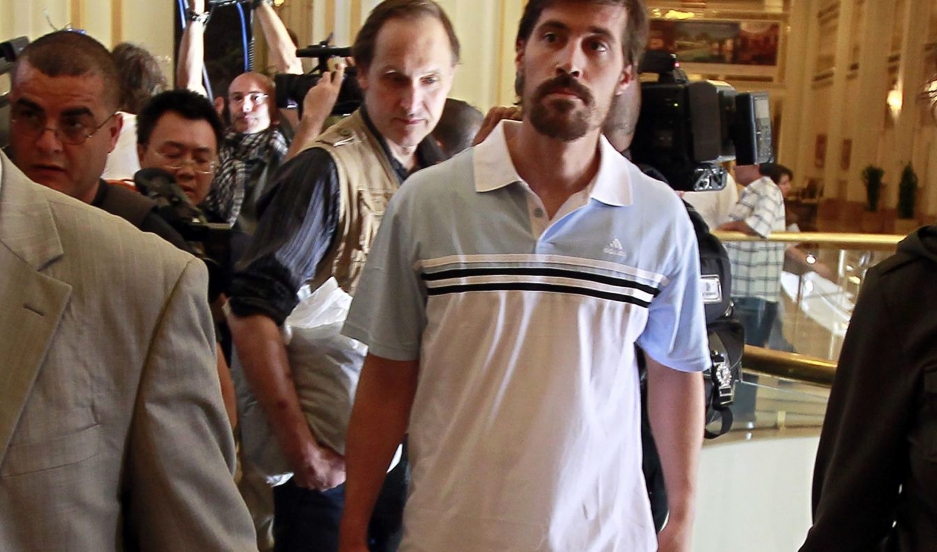 American journalist James Foley arrives at the Rixos hotel in Tripoli after being released from capitivity by the Libyan government on May 18, 2011.

Six months before he was beheaded by ISIS, American hostage James Foley was offered up as a bargaining chip.

That's according to the New York Times, which reported on Sunday that a disillusioned ISIS commander wanted asylum in the US — and $750,000 to start a new life. But the US government reportedly refused to discuss the possibility.

“It’s impossible to know whether this deal would actually have worked out," says Rukmini Callimachi, who wrote about the proposed swap for the Times. "But to me, what is troubling is the interaction that the rebel general, the go-between, describes."

That go-between was a Syrian rebel general, a former senior officer in the Syrian air force. He had good contacts in ISIS-held areas and a track record of negotiating deals.

"He says that he sent an emissary to meet US embassy officials," Callimachi says. "He says his emissary was told from the get-go, ‘We do not negotiate with terrorists.’ The deal was not even discussed. He was shut down before the conversation even started.”

Callimachi says this is emblematic of “what seems to be a misunderstanding of America’s overseas US hostage policy.”

The policy is one of no substantive concessions to terrorists. But Callimachi points out that while there is no prohibition against talking to the enemy, "that’s the way it seems it’s being interpreted in our foreign missions overseas.”

She cites critics who say the US is missing huge opportunities to make deals, short of paying ransom, to help hostages. These critics include senior law enforcement officials, including the FBI’s top former hostage negotiator, Gary Noesner.

American officials say they did everything in their power to help the hostages, and left no stones unturned. But Callimachi argues that Foley's case, along with other such hostage situations, "raise questions about whether the United States treated these kidnappings with the level of urgency that, in retrospect, they warranted.”