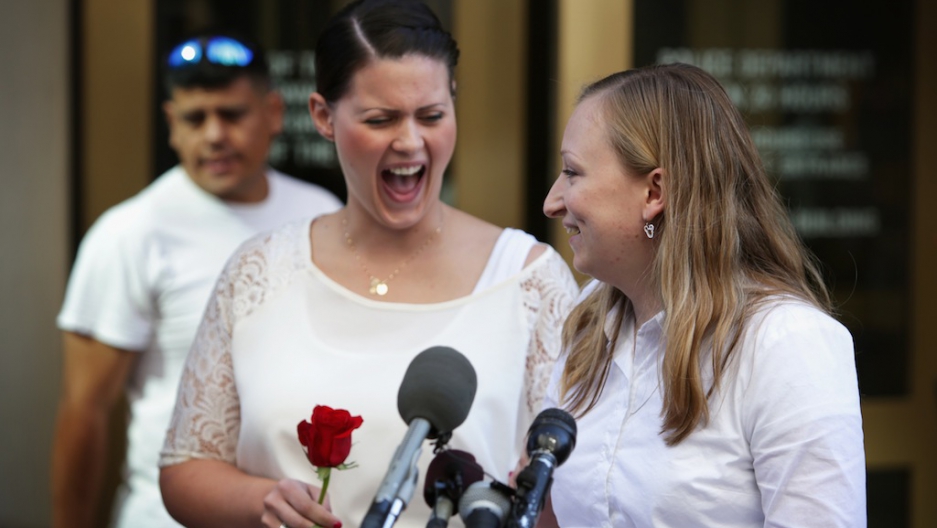 2014 was a huge year for gay rights in the US: same-sex marriage is now allowed in 35 states, covering approximately 65 percent of the country's population.

Back in October, the US Supreme Court decided not to review lower court decisions that overturned bans on gay marriage. The decision made it possible for same-sex couples to get married in five new states, including Wisconsin, Virginia, Utah, Indiana, and Oklahoma.

Gay marriage isn’t legal at the federal level in the United States yet, but the ruling's a hopeful sign for gay rights advocates.

Other countries have legalized same-sex marriage entirely. The Netherlands was the first country to legalize it back in 2000. The legislation at the time allowed for gay couples to marry, divorce, and adopt children.

Even though Scotland didn’t gain independence this year, it did approve gay marriage, with parliament legalizing it in February. The same legislation, however, allowed for religious institutions to opt out of performing same sex marriages.

So where are all the countries that allow same-sex marriage? The map below, created using data from the Pew Research Center, shows you all the places where same-sex marriage is at least partially legal.