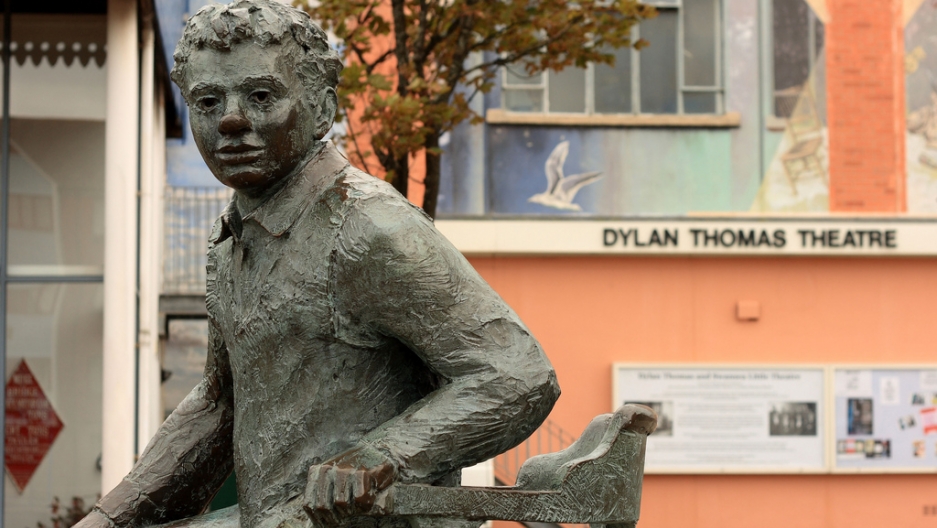 There are several things most of us know about Welsh poet Dylan Thomas: There's his poem "Do not go gentle into that good night," or his 1954 radio drama Under Milk Wood. And that Bob Dylan, born Robert Zimmerman, named himself Welshman.

There's now a retelling of the book by Cerys Matthews, a Welsh singer-songwriter and BBC presenter. In her version of the Christmas classic, Matthews says she could hear the narrative "waiting to dance with music." She turned to Prokofiev's "Peter and The Wolf" for musical inspiration.

The instruments become characters in the book: There are the drunken uncles, portrayed by trombones, and the screeching Mrs. Prothero, represented by the clarinet.

In this clip, the instruments combine to sound like clomping hippos:

Matthews was born in Cardiff, Wales' largest city, and then grew up in Swansea, where Thomas was born and lived his life. She says she was always aware of Swansea's famous son, but it wasn't until she moved to the United States that she rediscovered Thomas.

"I found a little ornament on the Christmas tree and plucked it off the branch and started reading to see what book it was," Matthews remembers. "It was a little tiny book and it was 'A Child's Christmas in Wales.' I was far, far away from home, pregnant and had time to sit there and actually take in the great writing of Dylan Thomas."