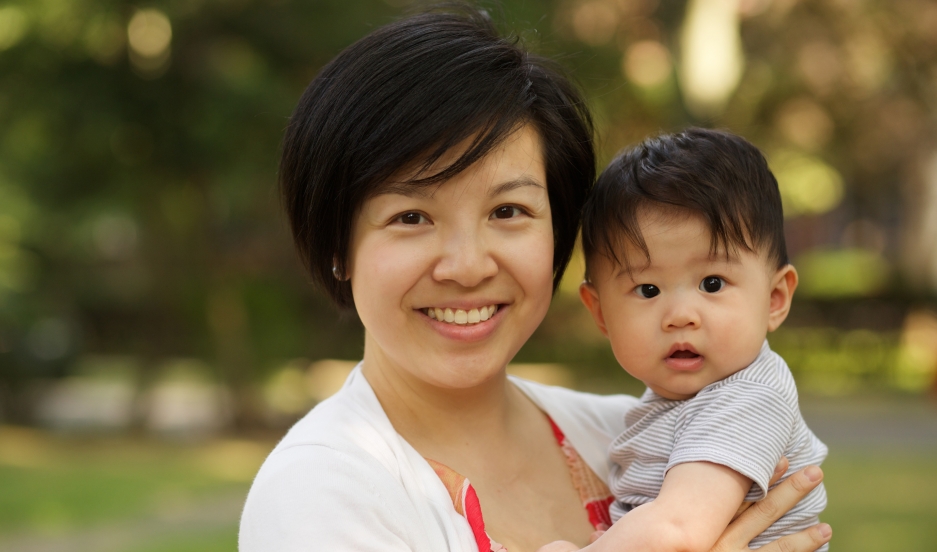 After her son Rhys was born, Annie Cok adopted a special diet and didn’t leave her apartment in Queens for a whole month — but she couldn’t give up bathing.

“I had to wash my hair right the next day after birth,” she says. “I just couldn’t [skip bathing].”

According to traditional Chinese “confinement” practices — also known as “the sitting month” — new mothers must rest for a full month after giving birth. During that time, anything thought to diminish warmth — certain foods, cold beverages, and bathing — is forbidden. 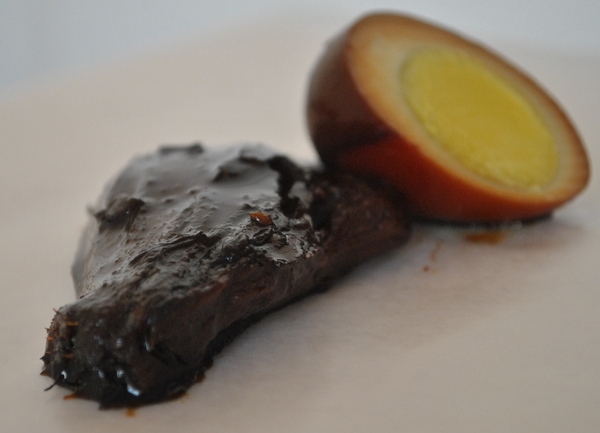 Such rules are rooted in a much older way of life from rural China.

“They gave birth in their homes back in the day [in China]. The houses were not heated, and there was no running water. So maybe it made sense not to wash your hair and take a bath right away,” says Cok, the daughter of immigrants from Hong Kong, who was raised in Brooklyn. “But as time went on and people left the countryside and moved to the city, it doesn’t really make sense any more."

For Cok, the arbitrary and sometimes outdated restrictions were often intolerable, and she struggled to make them fit her New York City life. But she found unexpected comfort in the healing foods of confinement — herbal soups and other dishes loaded with warming, cleansing ingredients like ginger, red dates, rice wine and wood ear mushrooms.

“I felt like it gave me warmth. I ate a few bites, and my stomach felt better,” she says.

There are many so-called “confinement dishes” for new mothers, but Cok incorporated only two into her diet. 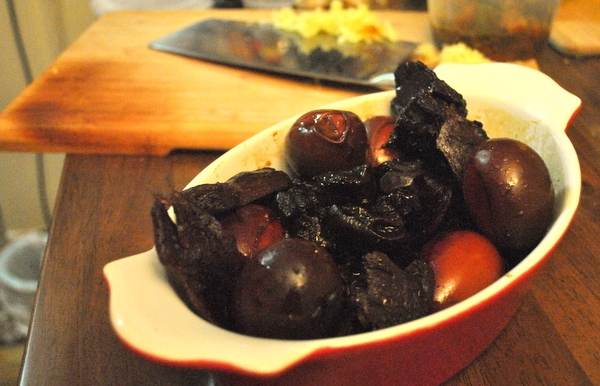 During the first 12 days, she ate a mild, cleansing soup called gai zhou in Cantonese — chicken simmered in rice wine with wood ear and shitake mushrooms.

Then came a coveted confinement specialty prepared by Cok’s mother-in-law: pigs' feet and roasted ginger stewed slowly over the course of six weeks in sweet and sour black vinegars — geung cho in Cantonese.

“It’s rich. It’s full of ginger ... It’s very pungent and flavorful,” Cok says of the stew, which she ate for the last two weeks of her confinement month. “All the other rituals — not washing your hair or your feet — that can go out the window. The constant food is this ginger vinegar.”

A version of this story originally appeared on Narratively.

Air dry pieces of ginger on a towel for two days, until dry to the touch.

Cut into large pieces, peel, and whack with a cleaver (to loosen up the ginger). Dry roast in small portions in a wok (or large metal pan) for 5 minutes over high flame, stirring constantly to prevent the ginger from sticking.

Transfer the freshly roasted ginger (still hot) to a clay/ceramic cooking vessel and pour in all the vinegar on top of the ginger. Turn the flame up high and bring the ginger to a boil; then lower flame to medium and simmer for 30 minutes.

Let the ginger-vinegar mixture sit outside for 2-3 days (up to 5 days if the weather is cool) to allow the flavors to meld.

After the flavors meld, you can store the ginger-vinegar mixture in the refrigerator in a glass container (not plastic or metal!).

If you prefer the old-school method, you can leave it outside, boiling it every three days for 8-10 minutes over high heat for the first 12 days.

If you’re adding pig trotters: ask your butcher for cuts that have more bone and cartilage (ie, more hoof; less muscle-y leg). You can request that the trotters be chopped into small (baby fist-size) pieces – or do this yourself at home.

If you’re adding eggs: boil 2 dozen eggs and then peel them and add to the ginger-vinegar mixture. Bring everything to a boil and then simmer over medium heat for 5 minutes. Leave the eggs and ginger-vinegar outside for a day to allow the eggs to absorb the liquid/flavors before eating.

You can store the ginger-vinegar in the refrigerator for up to three months without boiling. If you’re storing it outside at room temperature, it will last for a month if you boil the mixture every 2-3 days for about 3 minutes (don’t over boil or the liquid will evaporate). Either way, be sure to eat the eggs and trotters within a few days (you can also add more to the mixture as you go).