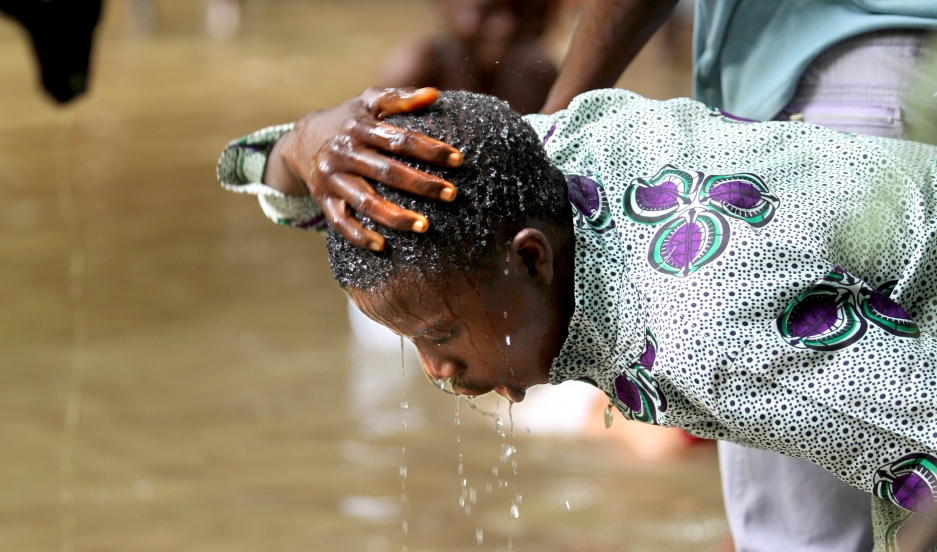 A pilgrim participates in the cleansing ritual at Osun’s Sacred Grove during the festival of Osun-Osogbo.

It's the time of the year for reflection, an apt season to see what draws people to religious pilgrimages across the globe. What do they get from the experience?

Below are brief summations from reports by author Bruce Feiler in his six-part TV series "Sacred Journeys,'' covering holy places from Nigeria to France to Saudi Arabia to Japan. 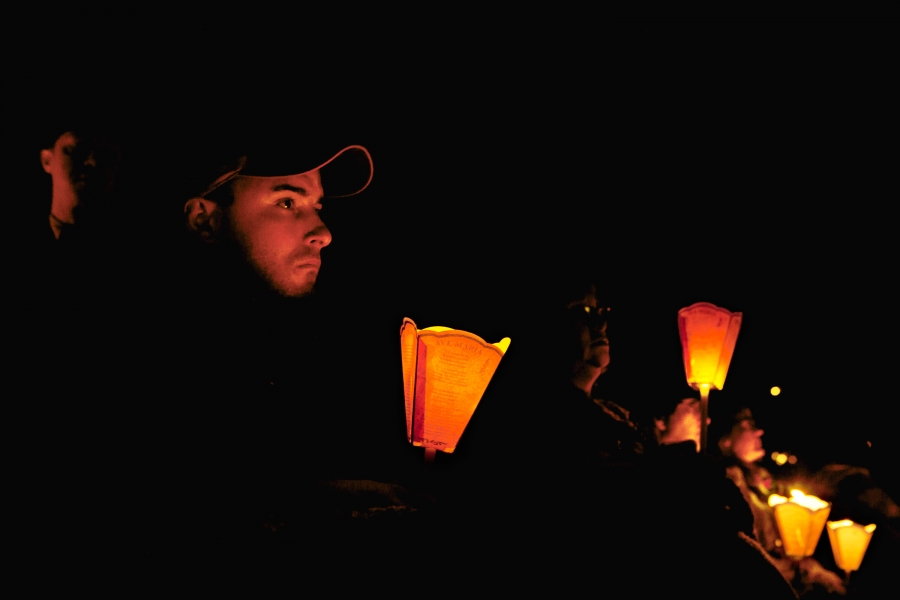 The International Military Pilgrimage to Lourdes culminates in a silent, candlelit procession to the Rosary Basilica.

In 1858, in an unassuming town in the southwest of France, a 14-year-old peasant girl named Bernadette Soubirous claimed she had 18 encounters with the Virgin Mary.

Since then, Lourdes has become one of the holiest Catholic pilgrimage sites in the world, visited annually by more than 5 million people who come in search of healing from its sacred waters.

Since the end of World War II, soldiers from around the world have journeyed to Lourdes seeking healing and unity with one another at a week-long gathering known as the International Military Pilgrimage. 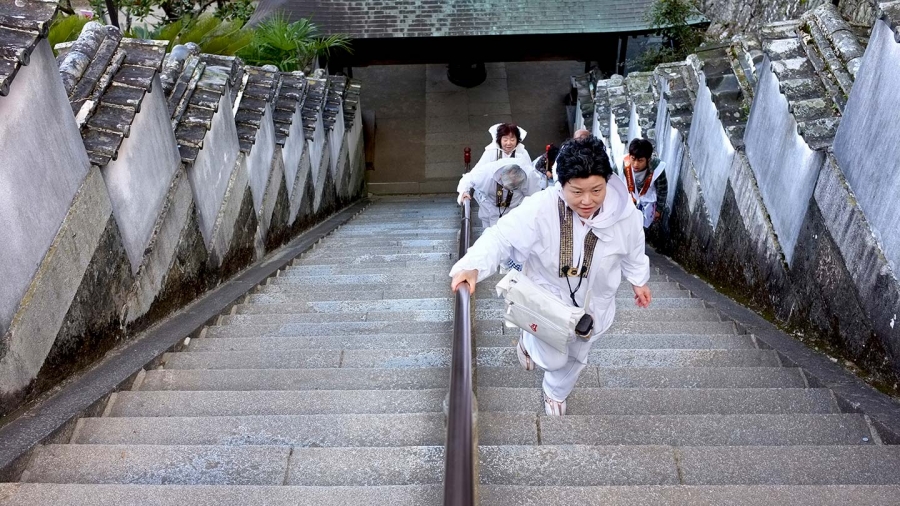 Pilgrims climb the steps to one of the 88 temples of the Shikoku pilgrimage in Japan.

The Japanese island of Shikoku is the birthplace of the most revered figure in Japanese Buddhism, the monk and teacher Kobo-Daishi, who brought a populist form of Buddhism to Japan from China in the 9th century.

For hundreds of years, a 750-mile pilgrimage route has circled this mountainous island, connecting 88 separate temples and shrines that claim connection to Daishi, also known as the Great Master.

Each leg of the journey represents a stage of the path to nirvana: awakening, austerity and discipline, enlightenment, and nirvana. 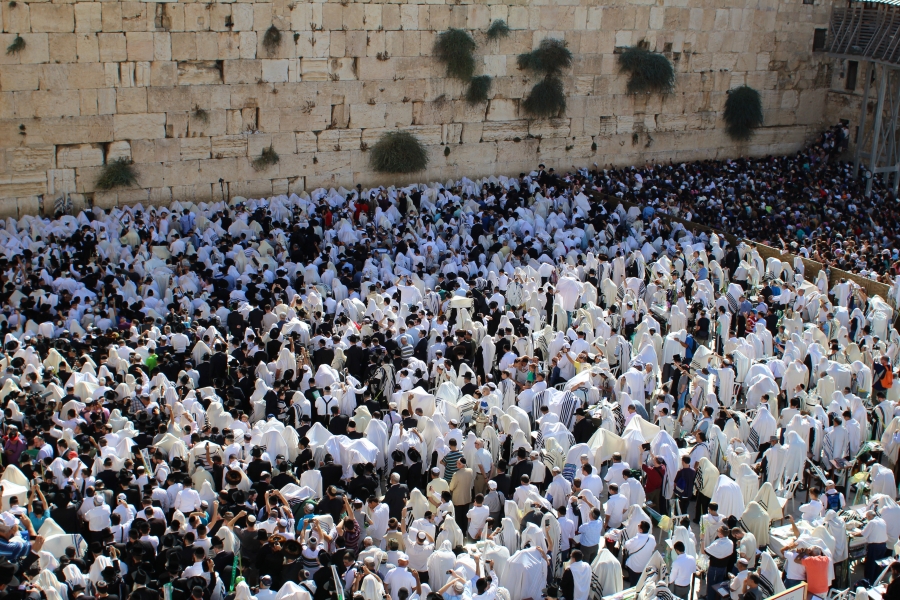 Worshippers gather at the Western Wall during the Jewish festival of Sukkot.

The Hebrew Bible instructs all Jews to make a pilgrimage to Jerusalem three times a year: in spring for Passover, in summer for Shavuout, and in the fall for Sukkot.

But the city is holy to more than just Jews: Christian pilgrims began coming to Jerusalem and the Holy Land within centuries of Jesus' death, and the Al Aksa Mosque, located inside the walls of the Old City, is considered the third holiest site in Islam after Mecca and Medina. 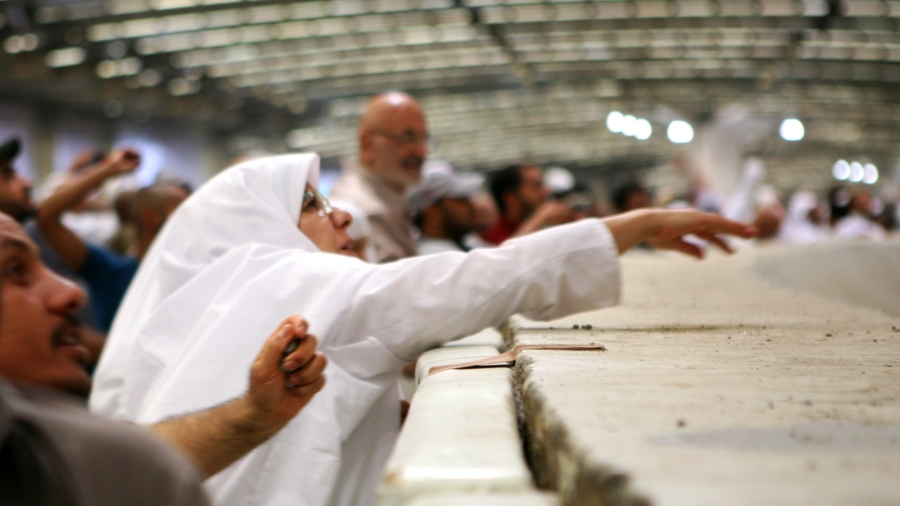 At the Hajj, A pilgrim participates in a ritualistic throwing of rocks symbolizing the prophet Abraham’s defiance of the devil.

One of the five pillars of Islam is that each believer is called, at least once in their lives, to make the Hajj, the annual pilgrimage that starts and ends in the holy city of Mecca located in today's Saudi Arabia.

The journey recreates Muhammad's own path as the native son returned to his tribal home as the leader of a vibrant new religion. Unlike other sacred sites, Mecca is closed off to believers of other faiths: only Muslims are permitted on the Hajj. 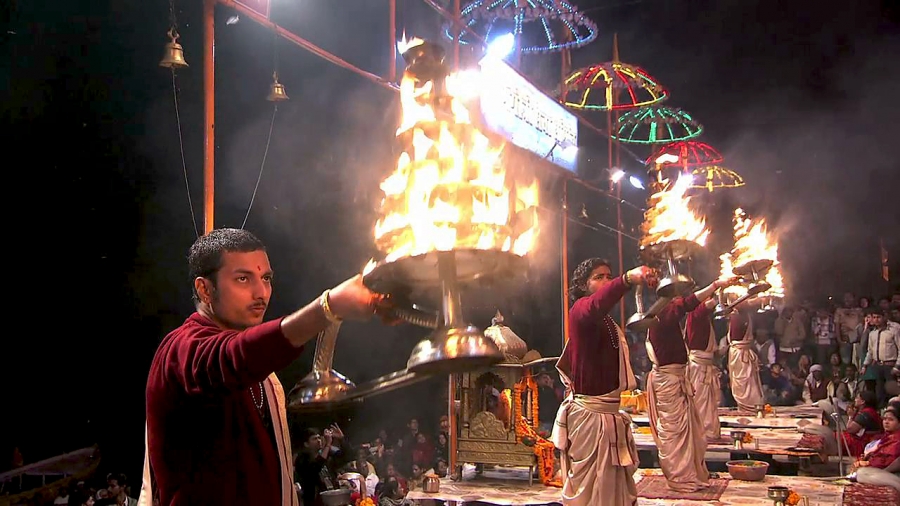 Aarti, a lamp ceremony, performed in the city of Varanasi in India.

Every 12 years, tens of millions of men, women and children gather on the flood plain of the Ganges and Yamuna Rivers in Allahabad, India, for the Kumbh Mela, the largest gathering of humanity for religious purposes on the planet.

Pilgrims come from across India and around the world to bathe in the water where the two sacred rivers meet. Such mass bathing in the Ganges has been recorded for more than 2,500 years. 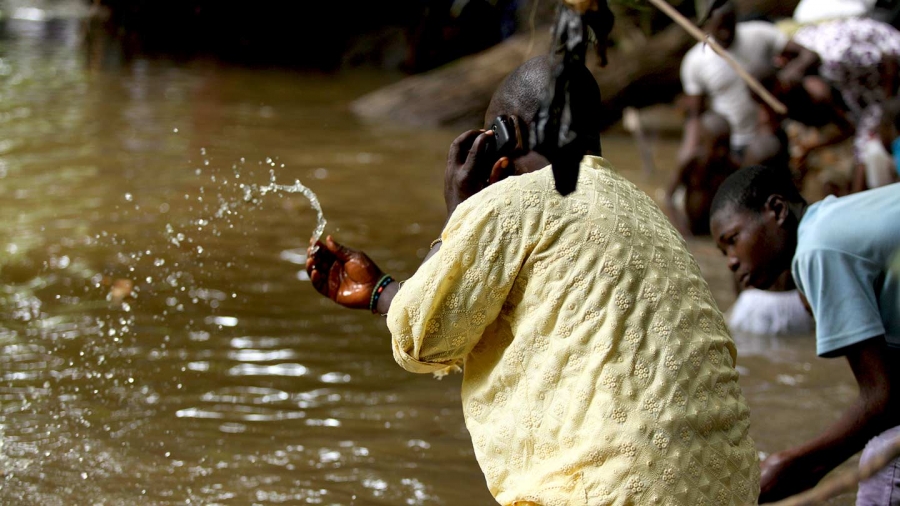 A pilgrim participates in the cleansing ritual at Osun’s Sacred Grove during the festival of Osun-Osogbo.

The festival of Osun-Osgobo, which takes place every year in Osogbo, Nigeria, celebrates the goddess of fertility, Osun. The festival renews the contract between humans and the divine: Osun offers grace to the community; in return, it vows to honor her Sacred Grove.

This ceremony is part of a rich indigenous Yoruba religious tradition that began in West Africa and has become one of the ten largest religions in the world, with upwards of 100 million practitioners.