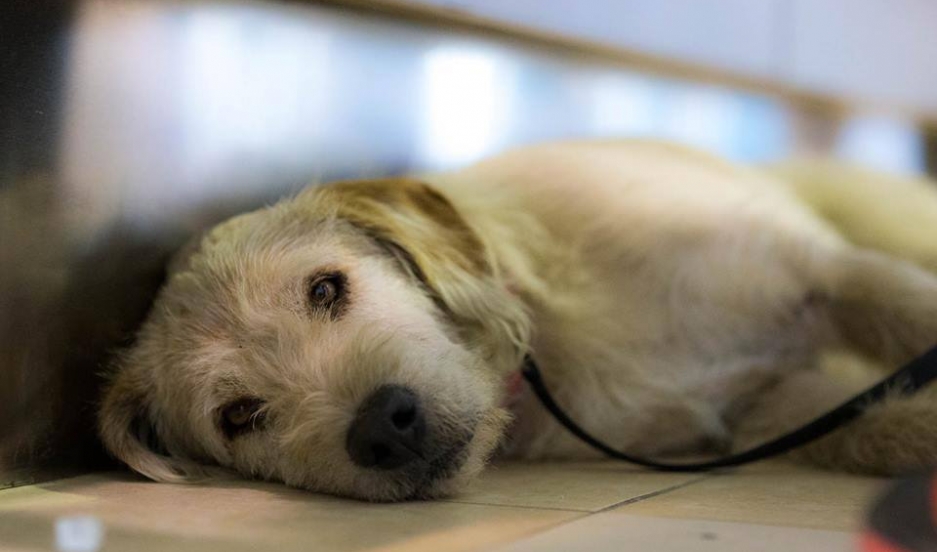 An Ecuadorean stray named Arthur who won the hearts of millions after he adopted a team of Swedish trekkers.

"I want to scratch its snout!"

That's the phrase I use most often in the newsroom. It's usually preceded by a high-pitched squeaky sound of delight.

I'm a huge animal-lover. Don't get me wrong — I don't spend my days watching cat videos, but I'm always on the lookout for a good shaggy dog story.

So I've put together a list of my favorite animal stories that I've produced this year.

The first one has got to be the best shaggy dog story ever — it's Arthur. He's the Ecuadorean stray who followed a team of Swedish trekkers on a treacherous hike through the jungle after they tossed the hungry pooch a meatball. Arthur went from being a skinny street dog to being adopted and brought to Sweden by the team's captain. And it's my little nudge that if you are thinking of getting a dog this holiday season, consider getting a rescue. You could end up with your own "King" Arthur.

1. A stray dog adopts a team of Swedish trekkers on an endurance race in the Amazon 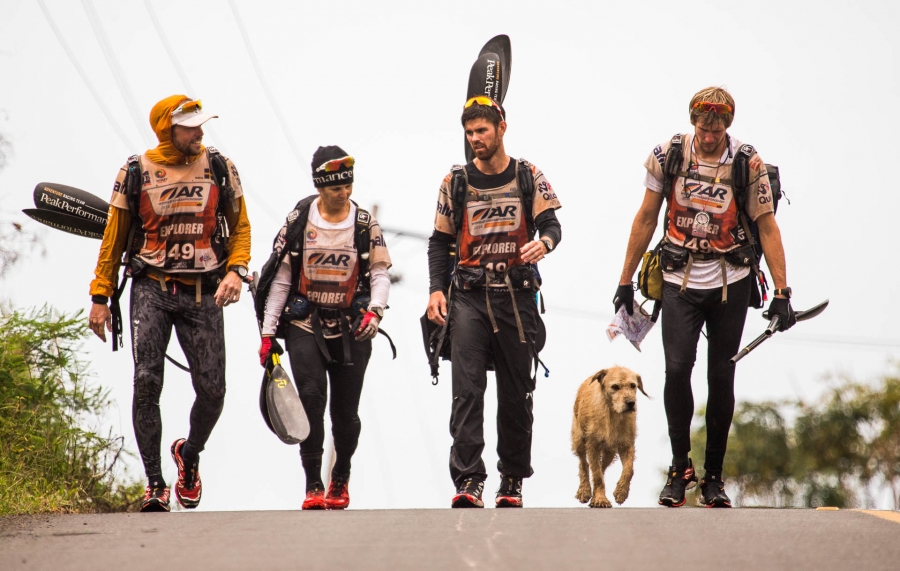 As for sexy beasts, you can't beat my next favorite — it's Lydia the Great White Shark. Before you question my sanity for putting a shark on my list of favorite creatures, hear me out. Lydia was tagged with a satellite tracker in 2013 and since then she's travelled over 27,000 miles — and she was the first Great White documented to make a transatlantic crossing. I've been following Lydia's movements on a downloadable shark tracking app so every week is shark week for me. C'mon, look at that snout! She's adorable.

2. Why this Great White Shark has fans and followers around the world 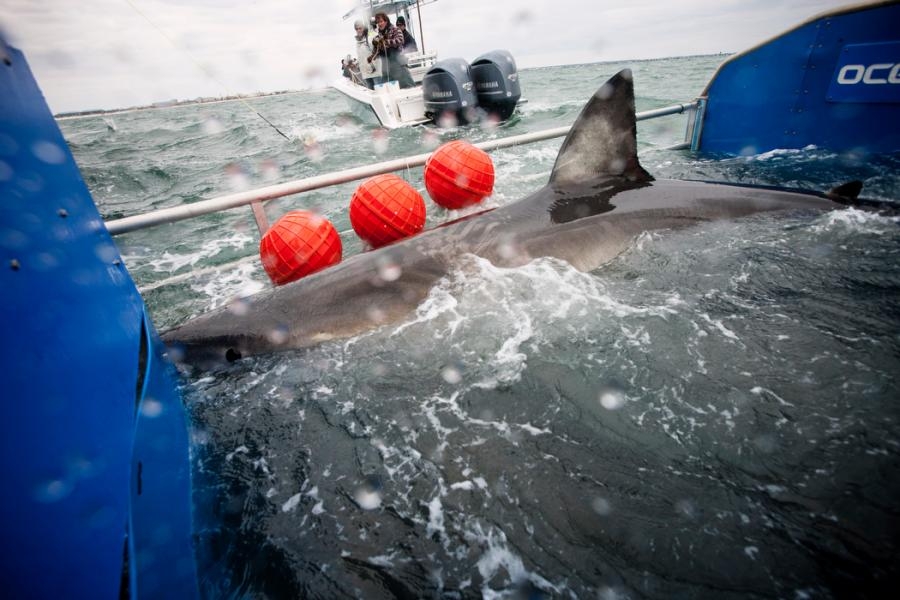 Great White Shark Lydia is tagged off the coast of Florida on March 2, 2013.

'Tis the season to overindulge. We've all been there — a few too many glasses of egg nog and next thing you know you're passed out on the bus home and you end up two miles past your stop. Well, that might just be me. This next story is about birds in Canada's Yukon Territory. Every fall, Bohemian waxwings are known for overindulging on fermented mountain ash berries. The birds get drunk on the berries and fly into windows. So the city of Whitehorse has set up a bird "drunk tank".

3. Boozy birds in the Canadian Yukon can end up in the drunk tank

Here's another story from Canada's Great White North. In the hamlet of Arviat, residents held Halloween inside the local community center this year. They had to keep trick-or-treaters indoors because polar bears wander through town. The bears aren't interested in stealing peanut butter cups; they come through as they migrate up the west coast of Hudson Bay's toward the high Arctic. But as the climate has warmed in recent years — and the ice freezes later — the bears stay along the coast longer. So that's not a kid in a bear costume.

4. Trick or treat? Not in a northern Canadian town where it's polar bear season 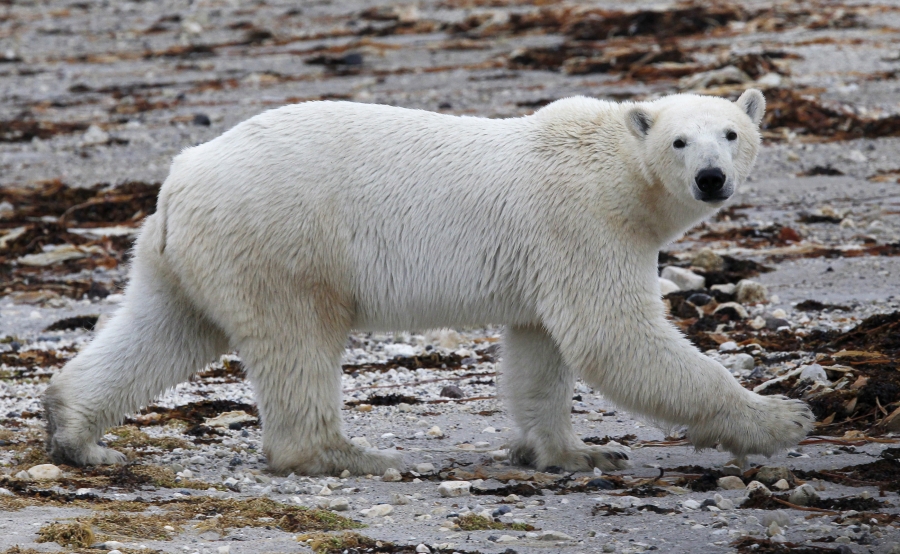 A polar bear walks along the shore of Hudson Bay, Canada

Get ready to have your cute animal circuits blown. My next fave is a story about dogs — and rhinos. Rangers at an animal sanctuary in Kenya have employed trained dogs to attack poachers. Ol Pejeta Conservancy is the world's largest Black Rhino sanctuary. And with rhino horn for selling for as much as $30,000 a pound, poaching is huge problem. Now meet Tarzan — the assault dog trained to take down the poachers and keep the rhinos safe. He and his pack of anti-poaching dogs wear stab-proof body armour, night vision and GPS.

5. Dogs get the call to protect rhinos in Kenya from poachers 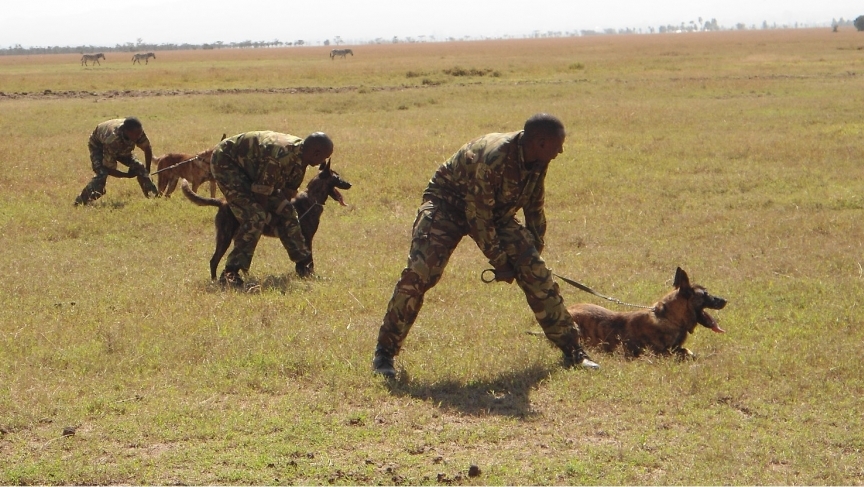 Please feel free to tweet me your suggestions for animal stories! I tweet @AndreaCrossan. And finally, here's my all-time favorite snout to scratch. He doesn't protect rhinos from poachers in Kenya — and he hasn't trekked through the jungle in Ecuador. He's a retired racing greyhound named Bull and he likes to sleep. What a good boy. 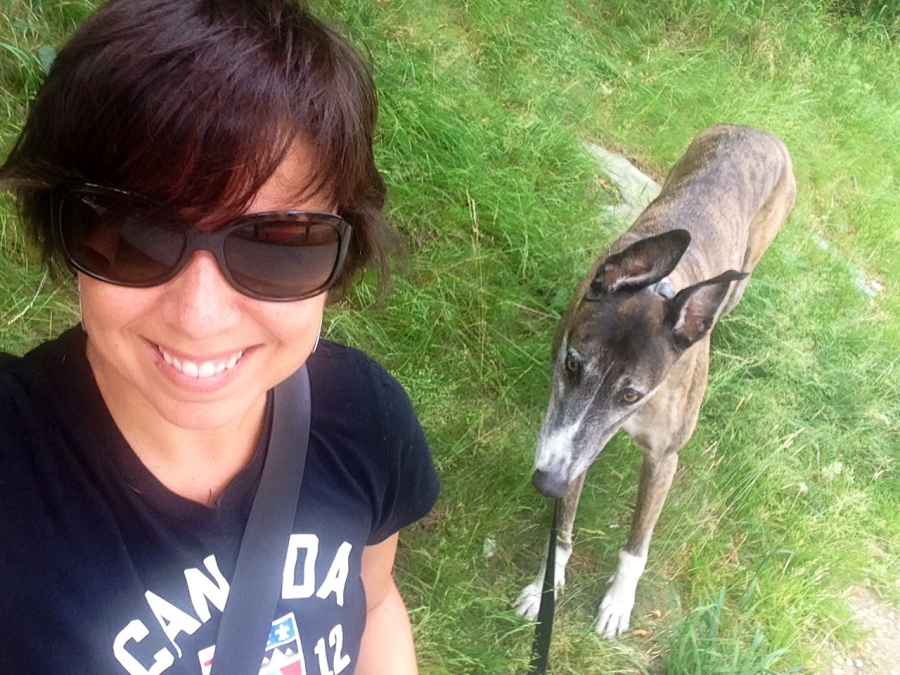