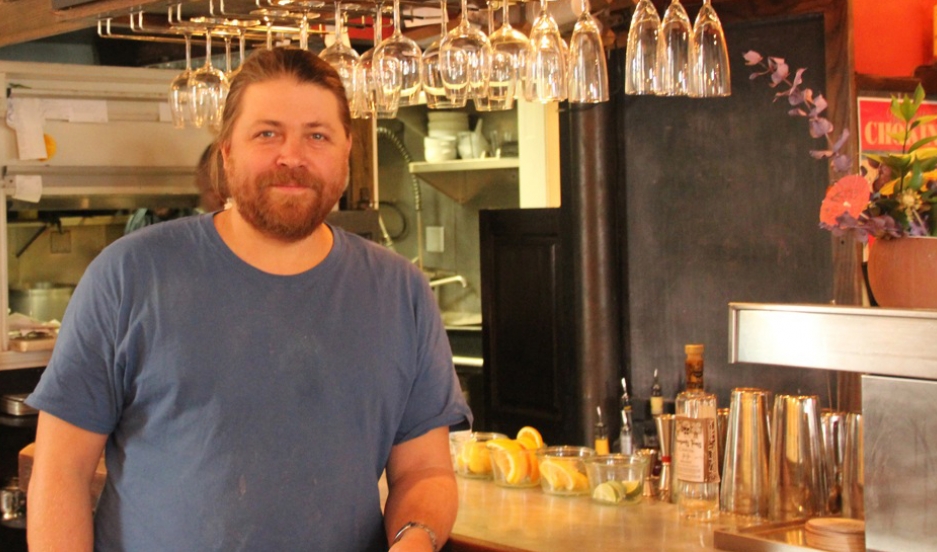 John Wurdeman, co-founder of Pheasant’s Tears winery in the eastern Georgian province of Kiziqi. He was born in Santa Fe, New Mexico, and became fascinated by Georgia after stumbling onto a CD of folk music from the country.

John Wurdeman grew up in Richmond, Virginia — and that’s where he happened upon a CD that would change his life.

It was a collection of traditional music from Georgia, a tiny country in the Causcasus Mountains south of Russia. Today he lives there, and has devoted his life to preserving Georgian songs, food and even wine, at his vineyard, Pheasant’s Tears.

Here's Wurdeman's story in his own, lightly edited, words:

In 1991, I skated to this alternative record shop, and there was a CD in the front of the row called “Georgian Folk Music Today.” So I bought it, popped it in the stereo, and was just blown away by the harmonies.

That’s how it all started.

A handful of things make Georgia special as a wine destination. One is they have an 8,000-year-old tradition of using clay vessels for fermenting and storing wine — rather than oak barrels, which is more common in the West. The clay vessels are called qvevri. The qvevri are permanently installed underground, so you use it again and again. You can use it for centuries.

There are also 525 endemic grape varieties in the country, making it the greatest biodiversity of viticulture in the world. So diversity — a huge amount of diversity in a tiny place. 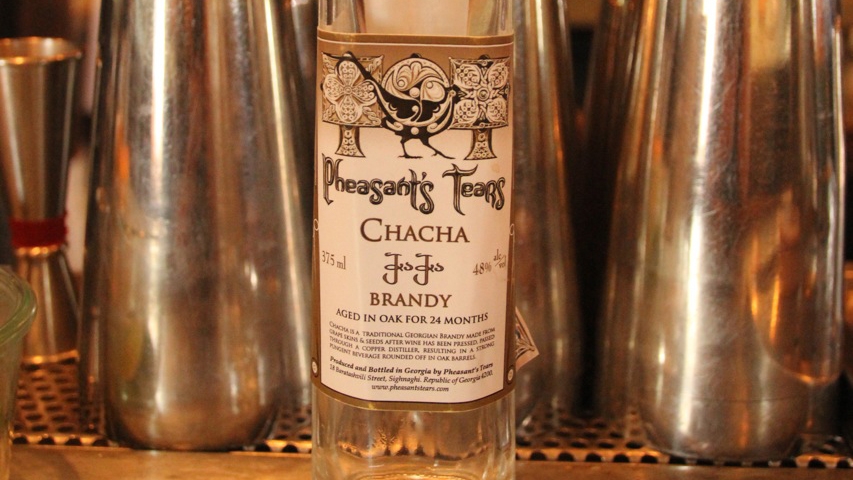 Pheasant's Tears brandy. The name is taken from a saying native to the eastern part of Georgia where the winery is.

From 525 kinds of grapes, we dwindled it down to four varieties that were commercially available in Soviet times.

I never made a decision to start a winery; it kind of happened. I was painting one August evening, and a man drove by on a tractor and passionately invited me to go to his home for dinner. And I was a bit irritated because I was focusing on the painting. Every minute I knew could be my last; the sun was going down quickly.

He kept persisting — inviting, inviting me to come to his house for dinner — so I did. And I found someone who was as passionate about wine and the old grape varieties as I had been about polyphonic songs.

And seven years later we’re exporting wines to 22 different countries. Often it’s just one or two restaurants that have it but, it’s become quite a big part of my life, and changed the whole scene in Georgian wine. We went from being two or three that were working naturally with qvevri to well over 30 different vineyards now, and now we’re back up to 60 varieties of grapes.

I think great traditional music isn’t created by the person singing it, but the songs are sung through them. I feel the same way about wine. We’re kind of guardians or stewards of nature. You don’t say you make wine in Georgia, you raise wine.