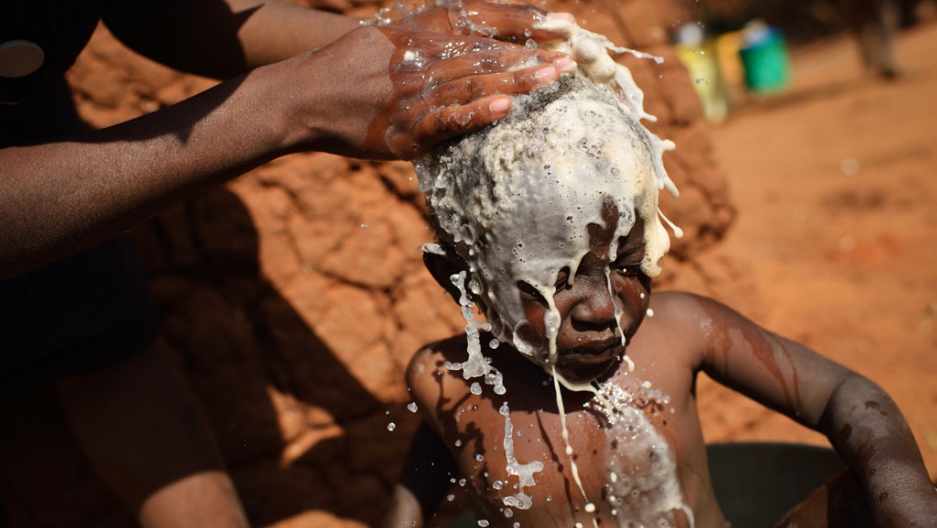 Editor's note: This is Part Four of a four-part series produced by The GroundTruth Project for GlobalPost, funded by the Galloway Family Foundation.

DAR ES SALAAM, Tanzania — For 50 years, foreign do-gooders who wished to improve access to water in Africa went about it basically the same way. They’d dig a well or build a water pump for free. Then they’d hand off the project to the local community — leaving the responsibility, and the financial burden, of maintaining it up to them.

And yet, for the same 50 years, that model hasn’t worked. Wells run out of water. Fuel for electrical generators to pump water becomes expensive. Pipes spring leaks. And rural communities where most people live on less than $2 a day can’t come up with the money to fix it all.

So perhaps it is no surprise that aid money has not solved Tanzania’s notorious water crisis. But even as the $1.4 billion Water Sector Development Programme (WSDP) showed signs it was not working after five years, the World Bank and other organizations provided even more money without first investing in identifying new solutions to old problems.

Despite this, recent changes hold promise for the WSDP. As the World Bank points out, more projects are being completed now than two years ago. They and the Tanzanian government say the program is starting to work the way it was intended. Donors partnerships with with Tanzania are also evolving. The United Kingdom, for example, introduced an innovative scheme to avert the very problems that have plagued the WSDP.

Another form of increased accountability comes to the WSDP through Tanzania’s ambitious plan to reach middle-income status. If both efforts take hold, there is a chance to change course. Lingering over these positive steps is the question of whether they are enough to increase and sustain access to clean water across Tanzania. And if they will work.

Like many aid projects across the developing world, the World Bank and other donors get credit for the number of people they connect to water — not the number of people who still have water years down the line. It’s the same problem that has plagued Africa for decades — the WSDP in Tanzania has no direct incentive to build water systems that are meant to last.

With more than 300 government agencies involved in the program, there is little accountability for the implementation, say experts involved, which has been slower and more expensive than anticipated.

“You can understand when you have almost 10 donors and the government, each one doesn’t trust the other and each needs to be accountable to the money they’re putting in the basket,” said Herbert Kashililah, chair of Water Witness Tanzania. “It has been very slow.”

As the first phase of the WSDP winds down — hundreds of millions of dollars over budget, years past the original deadline, and with few results — organizers across the water sector are eagerly planning Phase II. Along with a renewed commitment to water access and an innovative funding scheme by the UK’s Department for International Development (DFID), backers say the new plan will finally help WSDP right its course.

“On the one hand you can say its bureaucratic, it’s slow, it’s inefficient. But on the other hand you can say it’s a national program that’s beginning to come together,” said Philippe Dongier, World Bank Country Director for Tanzania. “Indeed it’s a lot of money and its been far too long to produce the results, but we’ve seen a real acceleration.”

The government of Tanzania has doubled down on its belief that it can graduate from a low to middle-income country by 2025. The Big Results Now (BRN) initiative is the latest attempt with ambitious hopes to invigorate the country. The program copies Malaysia's lauded Big Fast Results Initiative by setting out six priority areas to spur the Tanzanian economy.

Water joins energy and natural gas, agriculture, education, transport and mobilization of resources as Tanzania’s areas of focus. The very fact that rural water access is recognized is encouraging to some.

“The BRN says you have fruits that are hanging, just pick them. You have water sources that are not working, just fix them,” explains Bashir Mrindoko, second in charge at the Ministry of Water.

On paper, the program looks promising: “By march of this year 228 water projects have been completed. 10,560 water points. Serving 2 million people. That is a very huge achievement for the BRN out of the water sector,” said Joseph Kakunda, director of the Coordination Unit at the Ministry of Water.

In what can be seen as a boost of confidence in the WSDP and its incorporation of the BRN approach, DFID in July announced it would put new money behind the project. Unlike previous loans, some of the new funds come with conditions that are supposed to ensure greater accountability and deliver results.

Known as Cash-On-Delivery aid (COD), the UK will allocate $75 million to the overall project to support the creation of new water systems. But the other $75 million will only be disbursed to communities that demonstrate they completed and are maintaining the previously completed water systems in their district.

“There’s a big history in this country of not maintaining water resources,” says Marshall, DFID country director for Tanzania. “It’s not just about ‘build something and then it’s not functioning a year later’... We wanted to find some incentive for the government to actually deliver on its commitments.”

The terms are agreed upon by both the donor and recipient. The idea is new and one that has been championed by the Washington DC-based think tank Center for Global Development. In theory, COD aid will incentivize governments to spend money on effective public policies. By withholding the money, donors are then better shielded from corruption, while managing to achieve their development goals.

Applying the COD aid idea to the water sector makes sense. It is a relatively easy sector to monitor and evaluate. Was a water point constructed? Where? How many people use it? Is it still working? Those are all questions that can be measured and reported back to DFID.

Critics of the program say COD aid alone will not actually increase accountability.

“Accountability between government and citizens can only evolve when the government's resources come from the people, not from external financiers or windfall natural resource revenues. Although welcome, [results-based aid] will not revolutionize development finance,” wrote Jonathan Glennie, a research associate at the Overseas Development Institute in London, in The Guardian in 2011.

It echoes similar sentiments shared by Godfrey Mpangala, a longtime water engineer in Tanzania. He too thinks that community-level capability is necessary to see the WSDP succeed in bringing water to Tanzanians.

“What if the community in Lupeta [featured in Part Two of this series] was able to buy its own spare parts?” asked Mpangala. “You need to build the capacity of this communities in the first place to figure out how to raise funds to sustain this project.”

Officials involved in the WSDP, including donors and the government, are all optimistic that lessons have been learned from Phase I, and that Phase II will succeed.

“There is optimism for phase II to be better managed, to accelerate and also to improve accountability,” says Kashililah. “There is an urgency both in the donor community and also in the government to be accountable. They’ve learned by mistake that expensive systems won't necessarily going to be sustainable and that some sort of guidance and control is important.”

The accountability measures introduced by the Big Results Now initiative and DFID’s Cash on Delivery scheme seek to rein in the WSDP. But will this, and other measures such as creating a contingency fund for emergency maintenance in rural areas, be enough to truly turn the $1.4 billion program around?

Already, Kashililah fears that priorities are being mixed — urban areas continue to get more per capita funding, for instance.

“They’re saying the coverage in urban should reach 95 percent and in rural should reach 65 percent. Where’s the equity?”

Mrindoko disagrees: In Tanzania, any investment is good investment, he says.

“This is not the US. Fifty percent of the people do not have access. Whether you start with that or this, they don’t have access. This would be a philosophical argument. None of them have supply.”

The second in command at the Ministry of Water brushed off accusations that even the plan for Phase II fails to sufficiently address the problem of maintenance.

“I can tell you these things are changing,” says Mrindoko. “There’s so much hype about people not being able to pay. Tanzanians are not as poor as people like to think.”

Others say the government and the international donors who fund it must do more to help the 20 million people in Tanzania who still go without improved access to water.

“If they don’t focus on maintenance, many of the projects finished in phase I may already become non-functional during Phase II,” says Kashililah.

Even some within the ministry say the current “quick fix” mentality with which Tanzania’s leaders approach their nation’s water woes leaves limited room for optimism.

“If you ask me it’s a matter of it not yet being in our brain that it is really our main challenge,” said Director of Urban Water Supply and Sewerage, Dr. Justus Rwetabura. “Everybody must think water is a first priority.”