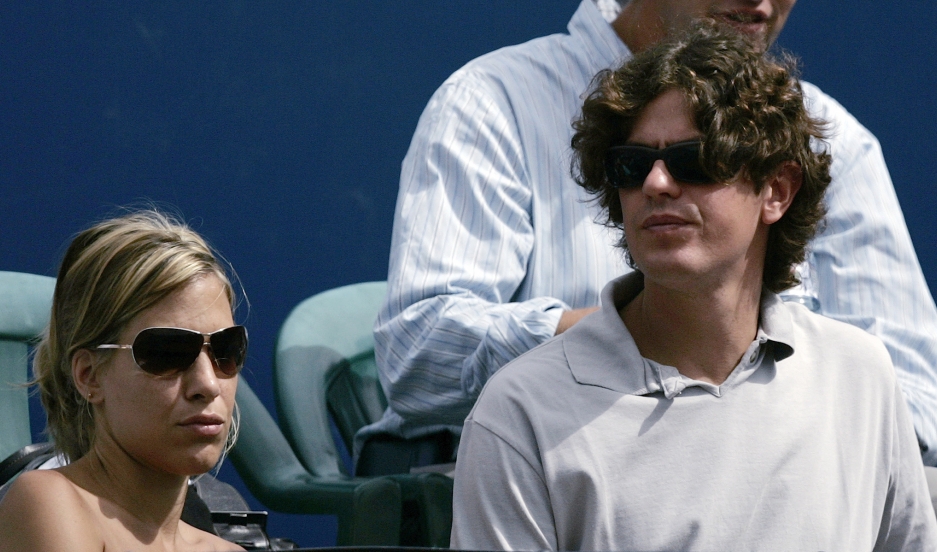 Argentina's former Economy Minister Martin Lousteau and his girlfriend at the time, Anita, attend the final match at the Buenos Aires Open tennis tournament in 2008.

We all have our secret celebrity crushes: a movie star, a pop star, maybe even a sexy writer or two (hello, Benjamin Kunkel!). But in Argentina, some of the people with big Twitter followings and legions of autograph-seekers are ... economists. Really.

Yep! Though, of course, "the most popular Argentine economists are the ones that combine being famous and being handsome,” says Veronica Smink, a reporter for the BBC based in Buenos Aires. The Economist recently published an article about the minor celebrity status enjoyed by of these number-crunchers.

Martín Lousteau, the former minister of economy and production, is one such economic hottie — though it doesn't hurt that he’s married to a famous Argentine actress. “He is not only well respected as an economist, but people look into the magazines to look into his personal life,” Smink says.

Economists Martín Redrado and Alfonso Prat-Gay might also make the list of economic superstars. And then there's Axel Kicillof, Argentina's current finance minister, who even has a pack of global groupies.

But Smink says it's “a bit of a sad story" as to why economists have become pop culture stars.

“Argentina has had such a long history of economic problems that economists are looked up to to find out what’s happening," she explains. "All TV programs, radio programs, constantly invite different economists to speak about the situation, and anybody who appears on television or the radio instantly becomes a celebrity."

And while inflation is a topic for central bankers and economy wonks in places like the US, it's part of everyday life in Argentina. "Every time you go to the supermarket, the prices change and people are very much interested in finding out the inflation figures," Smink says.

Because of that inflation, she says many Argentines save their money in dollars, making them hyper-aware of exchange rates: “A lot of people will want to know daily what the weather is and what the price of the dollar is."

UPDATE: A previous version of this story indicated that Veronica Smink had written an article for The Economist. It is an unattributed article from The Economist.